Every year, as Managing Editor of Personal Defense Network, I have the pleasure of recapping our content highlights. The process works like this: I have one of our tech- and data-savvy team members (in this year’s case, Patrick) collect lists of the most popular articles and videos posted in the preceding year. Then I go back and review them to find the ones I think stand out the most. The ones I pick are a mix of my own personal favorites, ones that exemplify PDN’s personal defense education mission, ones that reflect the year’s hot topics, or ones I think are particularly important and worth a revisit by our members or a little extra attention form the community at large. This year, the collection hits all those marks.

One of the best things about this annual highlights article is that you get some insight as to why I selected certain articles or video clips for publication in the first place. We get submissions and/or publishing inquiries from scores of would-be contributors every year, and only a handful are accepted or invited to produce video content with PDN. This collection represents some of the cream of the crop of world-class instructors we’re proud to have on the PDN Team.

I hope you enjoy and appreciate this collection of articles and videos. If you haven’t read or watched them all, here’s your chance. If you did, maybe you’ll pick up something new that you missed the first time through. Either way, this is a great article for you to share with and forward to your friends and family to make them aware of what we offer here at PDN. It’s the time of the year when we give gifts to those we care about … what better gift than some free education that will make them safer? 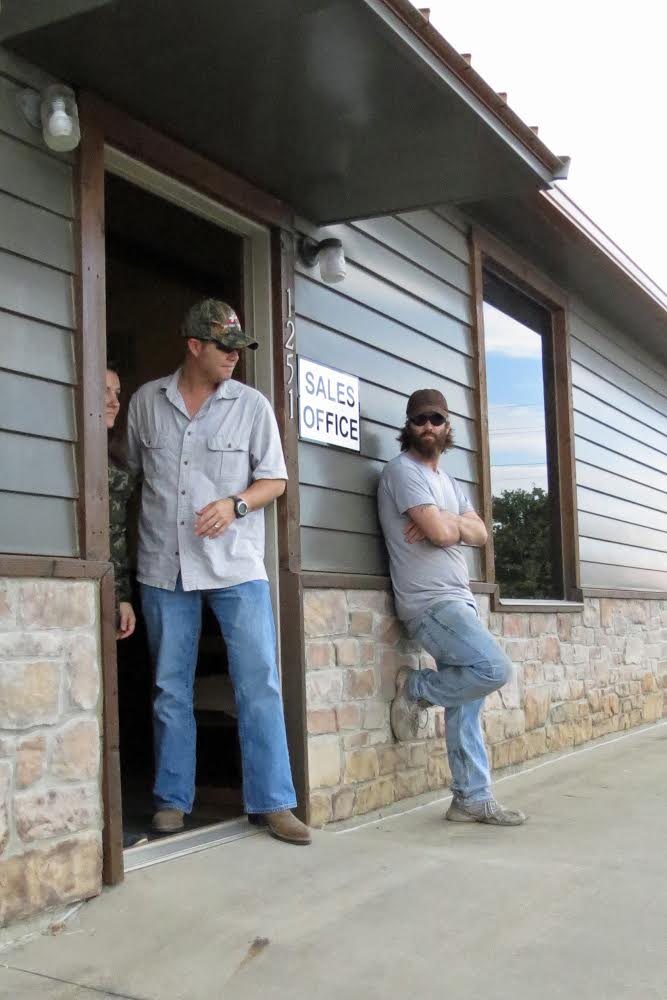 One of PDN’s newest contributors, author Daniel Watson has an extensive military and law enforcement background and is an instructor in Texas. His article talks about how the behaviors his wife appreciates (e.g., opening doors for her) give him an opportunity to be in a better position to protect her in a worst-case scenario. The article also discusses personal defense scenarios with your significant other and developing plans for coordinated responses when necessary.

Generally, when I see “team tactics” articles, they read as if the two “team members” have been teleported into a war zone, and the pictures look like they passed through a Navy SEAL Team locker room on their way to the event. This article is written for everyday couples in plausible scenarios. 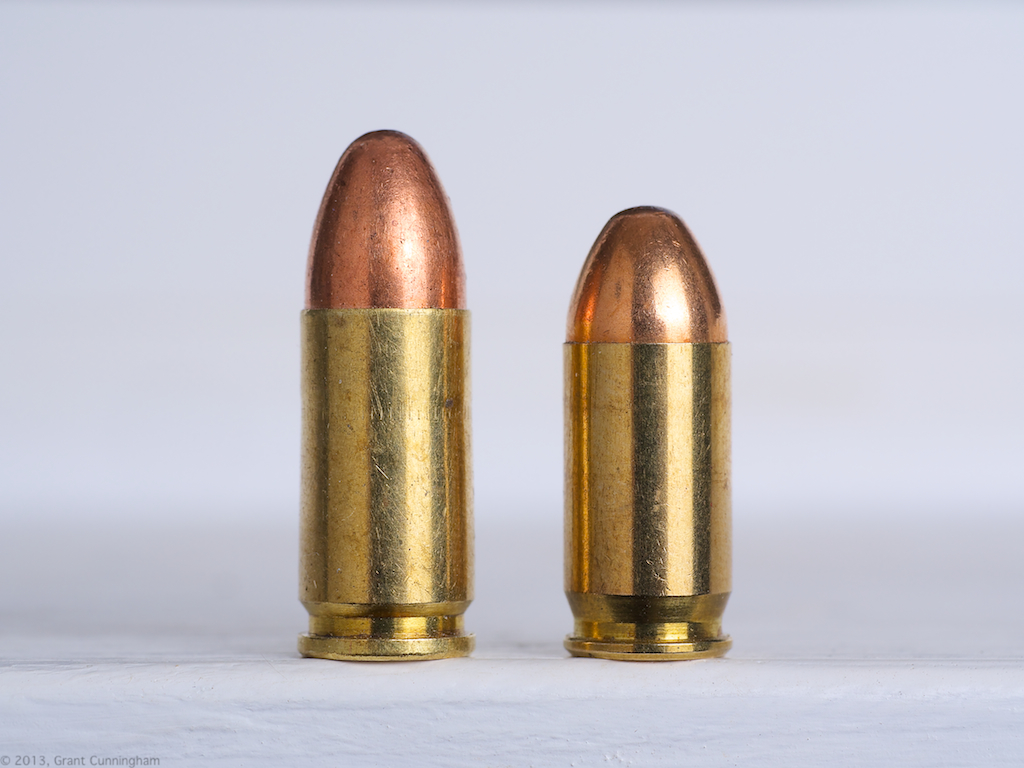 Grant Cunningham is one of the best writers in the community and I’m proud to have him as a PDN contributor. This article goes far beyond the normal “caliber debate” and insightfully points out that there are times when choosing a defensive round (and firearm) involves much more than just how much damage could be done to the bad guy when it is used. I hold out hope that engineers will continue to improve the .380, just as the 9mm has been dramatically improved over the last 30 years, and there may come a day when a slim, light .380 makes more sense in my holster than the 9mm I currently carry. 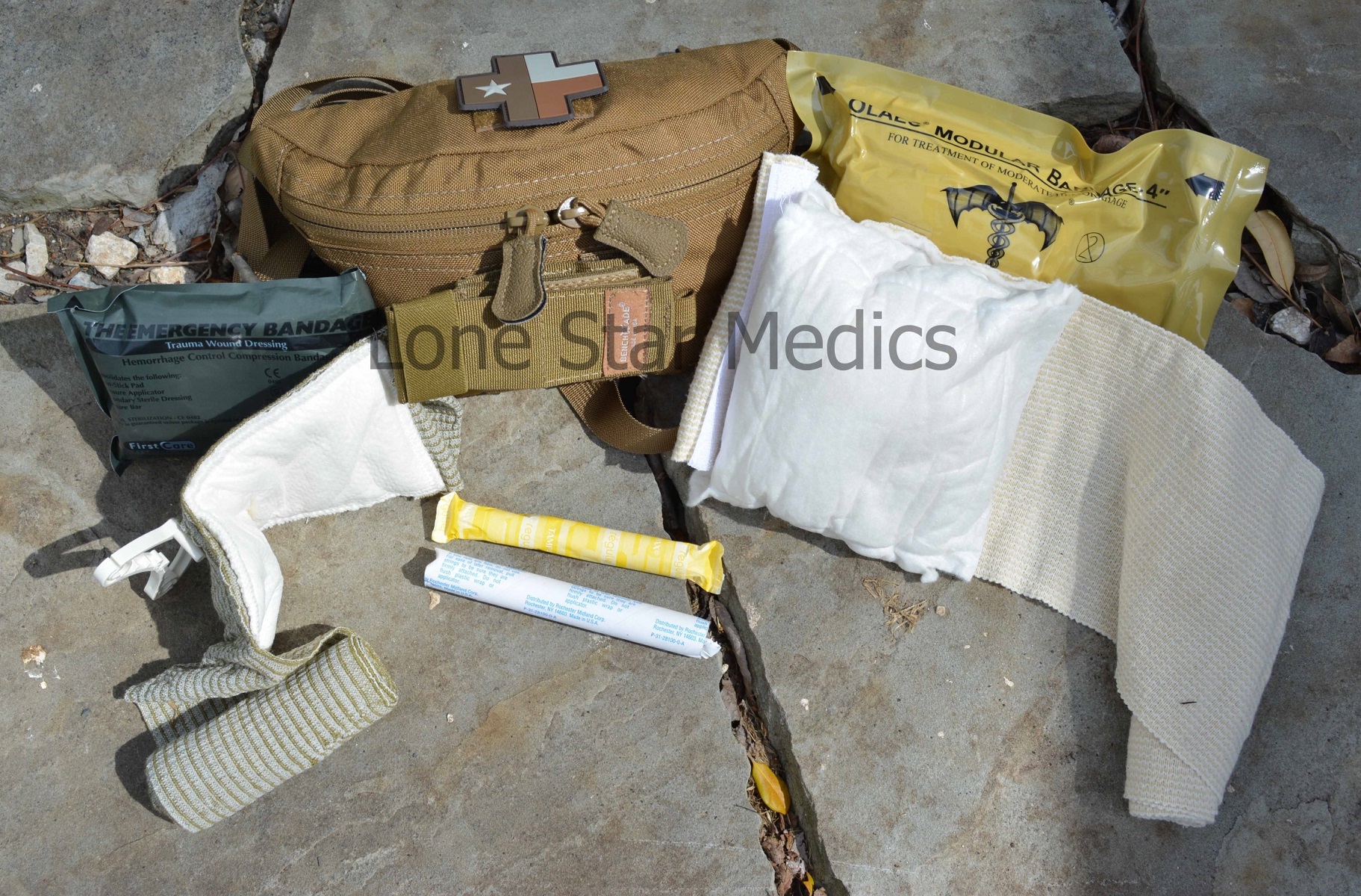 There was a lot of discussion about the title of this article … but while it might have created some drama, the point is valid and it is definitely attention grabbing! Caleb Causey is someone I’ve been watching (and listening to) for a few years in regard to emergency medicine. I’ve seen his company and influence grow, and I was excited to add him to our team. His information has not disappointed, and this article blasts through internet clichés about stopping blood flow after traumatic injury. The medical field isn’t one to be stagnant or fail to take advantage of the latest technology and information. The firearms and defensive training communities could learn a lot from the way medicine is constantly moving forward and willing to discard yesterday’s best information for something better. 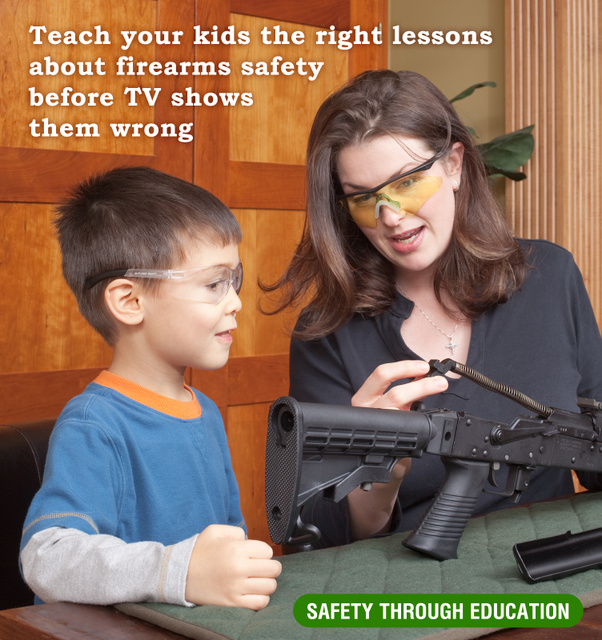 Raising Children in a World of Guns

This article was technically one of the last ones we published in 2013, but it was one of our most popular in 2014 … and it is an important one. It also concerns a topic that has been on my mind recently. A couple of weeks ago, I learned that a friend of mine had a student who failed to secure a firearm from a toddler, with tragic results. A mother is dead at the hands of her three-year-old son, because of a failure in meeting the responsibility to secure firearms from those who shouldn’t have them in their hands. Barret Kendrick, one of the best instructors I know on armed defense inside the home, does a great job of covering this topic in an article that should be shared with everyone who has kids. 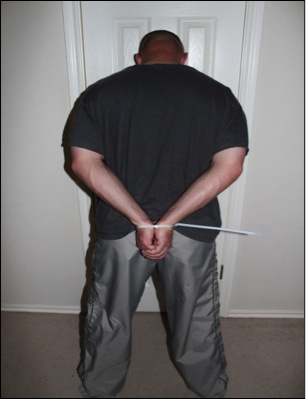 The Aftermath of Using Deadly Force

There is no lack of discussion right now about how people interact with the police in our society. Lee Vernon hits all the key points that one should consider if they carry a firearm for defensive purposes, including the most urgent immediate issue: Don’t get mistaken for a bad guy by law enforcement! Cooperating with the police is common sense in everyday life, and it’s a life-saving must if you’ve just used a firearm to defend yourself. This is an article that a lot of “gun enthusiasts” would gloss over … don’t be that guy. If you’re just a hobbyist, leave your guns at home unless you’re going to the range. If you’re serious about personal defense and have made a firearm part of your plan, these are things you need to be thinking and learning about. 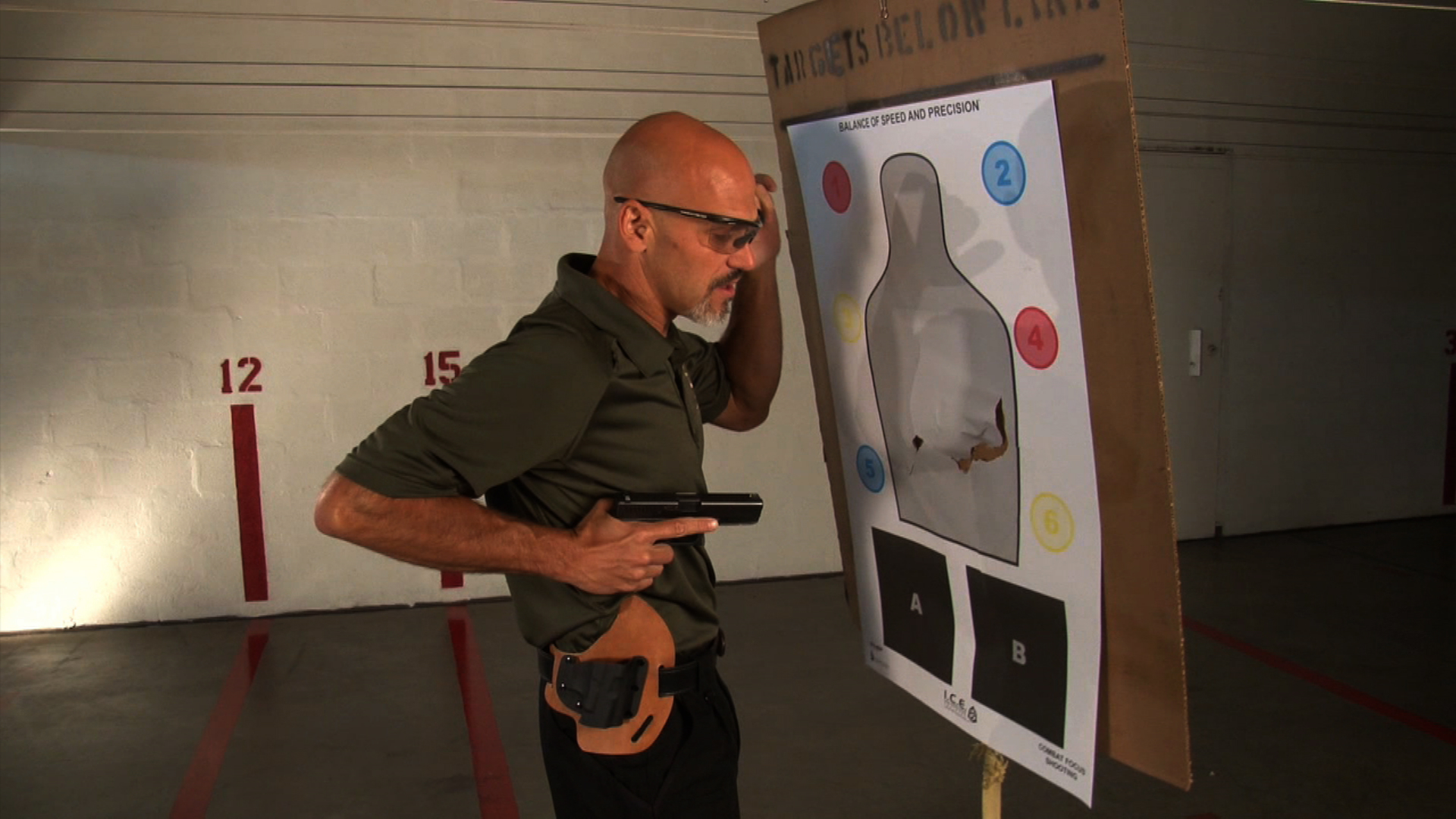 A lot of things I see done in pistol training make me at least tilt my head, if not fully roll my eyes. One of those is poor training for using a firearm while in extreme close quarters. Whether simply leaning backwards a little or assuming that you’ll be able to push any attacker off you so you can get to your gun easily while backpedaling, almost all the stuff I see being done on the square range seems not only useless, but also reckless to teach, because it creates a huge false security for the student. Fighting within two arms’ reach with firearms is a specialty area that I’ve been teaching for almost 15 years … and it was the centerpiece of the work I did with military special operations students as part of our counter-ambush programs. A handful of other people are doing really good extreme close quarters work, and we’ve had several of them as contributors to PDN. Most recently that list added Craig Douglas, who is slated to do another DVD with us in 2015. I’ve learned a lot from these experts, and the tips given in this video clip come from our combined experience teaching applicable skills for extreme close quarters shooting. 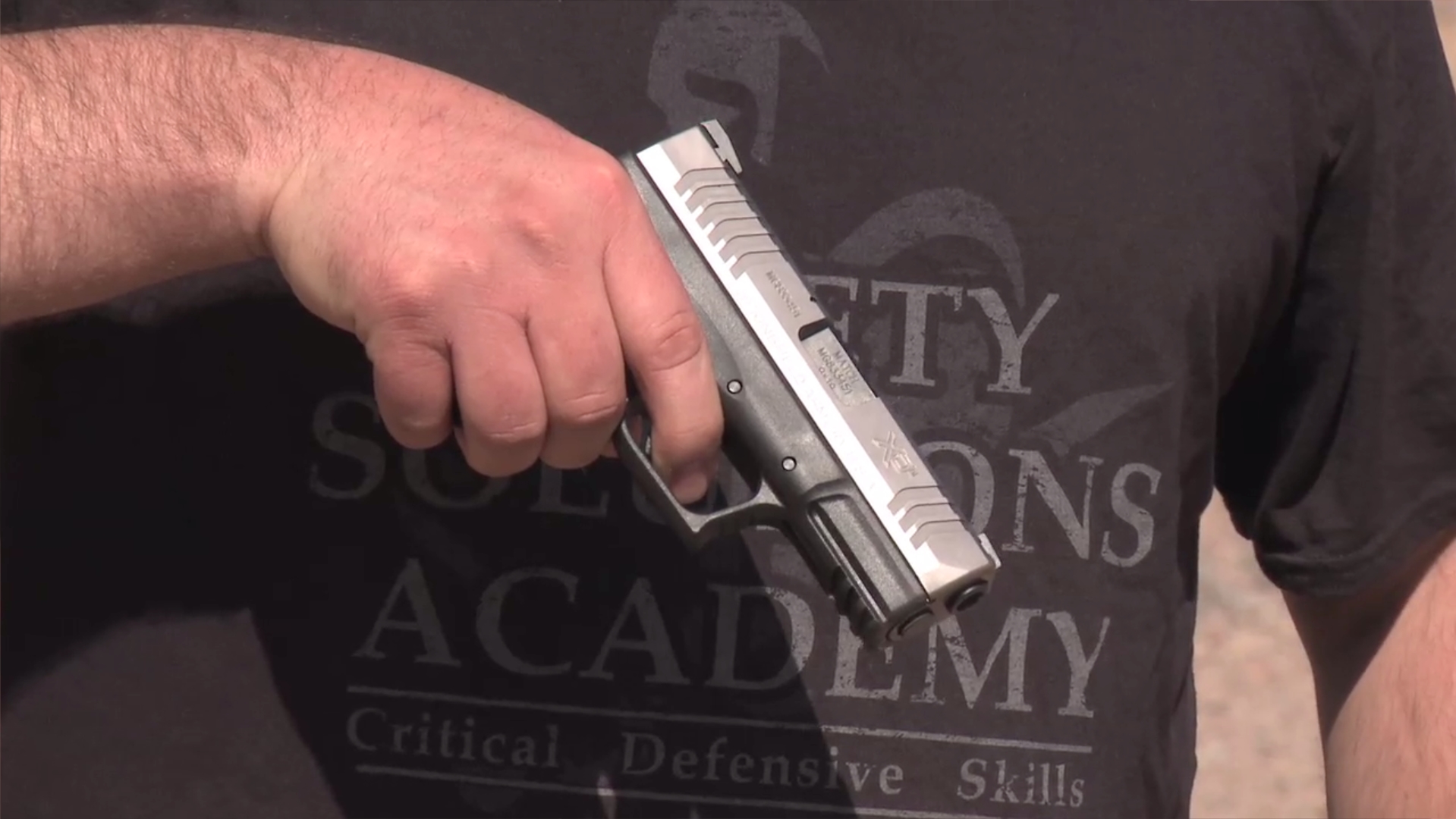 Paul Carlson is one of the most articulate instructors teaching defensive shooting today. His ability to break down concepts and teach principles is highly respected by everyone I know who has been on a range with him or listened to one of his podcasts. In this video clip, he thoroughly discusses the importance of a good interface between you and your gun when it comes to intuitive shooting. Handgun fit should be emphasized more than it usually is in our discussions about defensive gun selection, because it is one of the most fundamental issues a defensive firearms owner has to deal with. This information should be considered before you even buy a gun for protection. 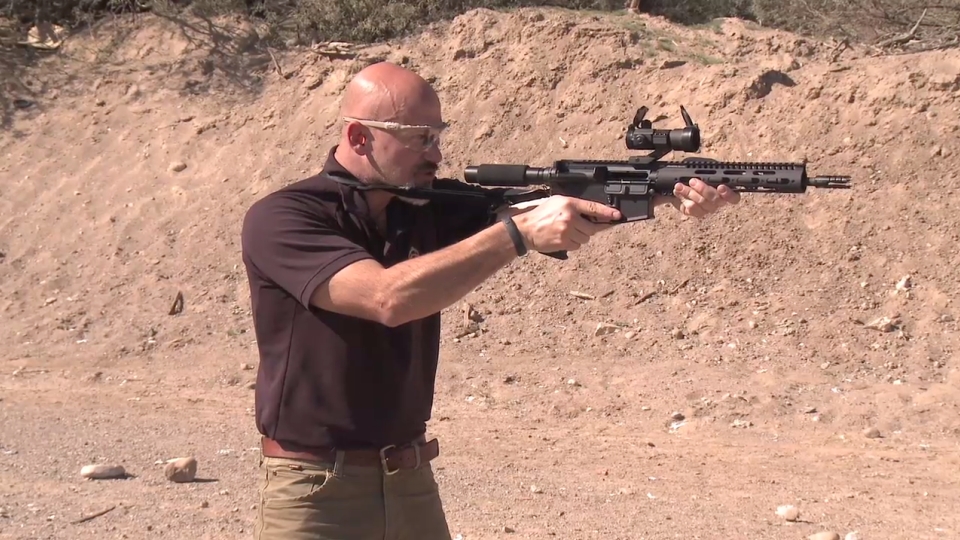 Few issues in the world of firearms enthusiasts have been as discussed this year as AR-15 pistols. For a long time, the idea of an AR-15 pistol was shunned as an eccentric novelty, but over the last few years, it’s been growing in popularity as a viable personal and home defense tool. I’ve owned AR pistols since the 1990s’ Assault Weapons Ban days and have always thought they had a place, but only recently have they become reliable enough to be trusted for defensive ownership. I taped this video early in the year, just before a pivotal letter from an ATF agent was circulated throughout the gun community. That letter suggested it was the position of the BATFE that how someone used a product that was designed to assist disabled shooters had no effect on the legality of a firearm. That device, the SIG Sauer SB15 brace, looks conspicuously like a stock that would fit an AR-15 rifle … and it could be used as one.

When that letter hit the internet, the market for AR-15 pistols and related accessories (as well as the SB15 brace itself) exploded. I’m pretty sure that more AR-15 pistols have been built and sold in the past year than the preceding 20 combined. And then, just a few weeks ago, in reference to a short-barreled shotgun design, another BATFE letter surfaced explicitly stating that, in that case, the way an individual chose to use the brace (as a brace or as a stock) would change the legality of the firearm. No doubt there is a huge gray area in the law right now in regard to shooting an AR pistol from the shoulder, but there’s also no doubt that a reliable short-barreled AR-15-type firearm that can be controlled easily is an outstanding option for personal defense. This video, once again relevant, discusses that fact and covers how to use the pistol effectively without entering the gray area of shouldering the gun. 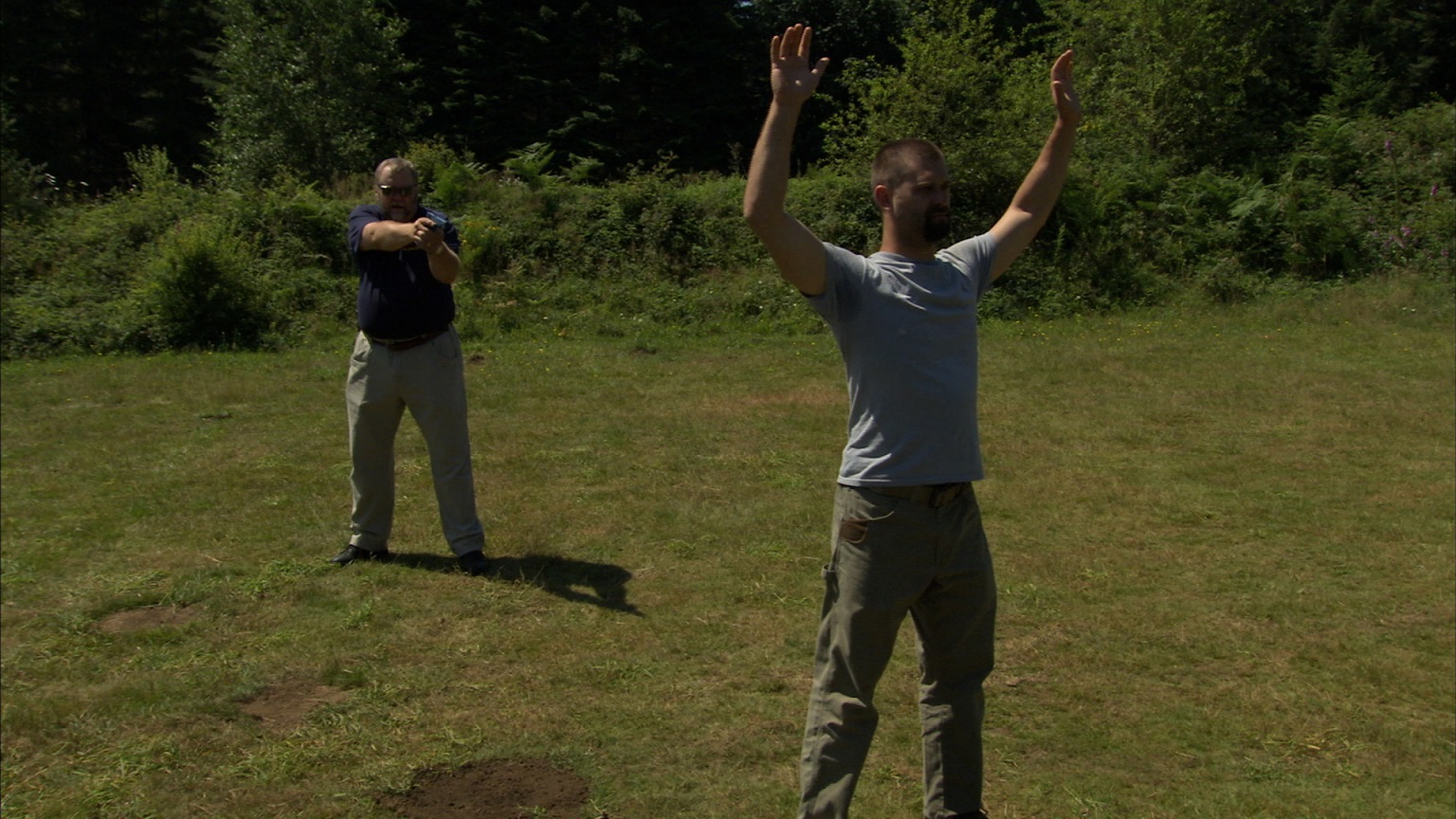 Using a Firearm to Detain a Person

Marty Hayes, founder of the Armed Citizens’ Legal Defense Network, is one of the most respected instructors in the industry when it comes to combining firearms training and education about the legal use of that training. His contributions in this area have filled an important niche at Personal Defense Network, and this clip is a great example. Bad guys may not always fight or run … they may hang around. Let’s face it, most predators expect their prey to surrender, submit or lose pretty quickly. When you change the situation and draw a gun to defend yourself, they may freeze. If they do, you should have a plan for how you deal with that situation until the police arrive. 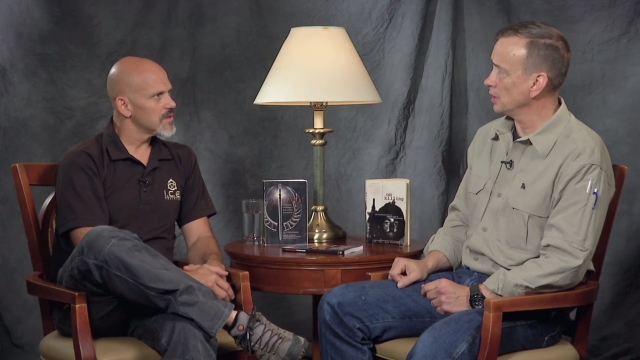 Of all the contributors I have recruited to be part of Personal Defense Network over the past decade, Lt. Col. David Grossman may be the most significant for me personally. In the 1990s, when I had the honor of representing my police academy class with a graduation speech, I referenced Col. Grossman’s Sheepdog concept from his book On Killing. I said something to the effect of, “Today, there are more Sheepdogs joining the ranks of those committed to protecting the flock.” Just prior to that, I had referenced the death of a friend and fellow officer, Ricky Timbrook, an exemplary Sheepdog who had been shot in the face just a few weeks earlier while trying to apprehend a criminal. Over the years, Col. Grossman’s writing and speaking have continued to influence and inspire an entire generation of military, law enforcement, security and personal defense-minded citizens. It was a great honor to add a DVD to our library featuring the thoughts of a man who had mentored me at arm’s reach for many years. This clip, which helps spread the word about his latest book (written to educate children about those willing to defend our communities and way of life), is certainly one of the highlights of the past year’s productions.