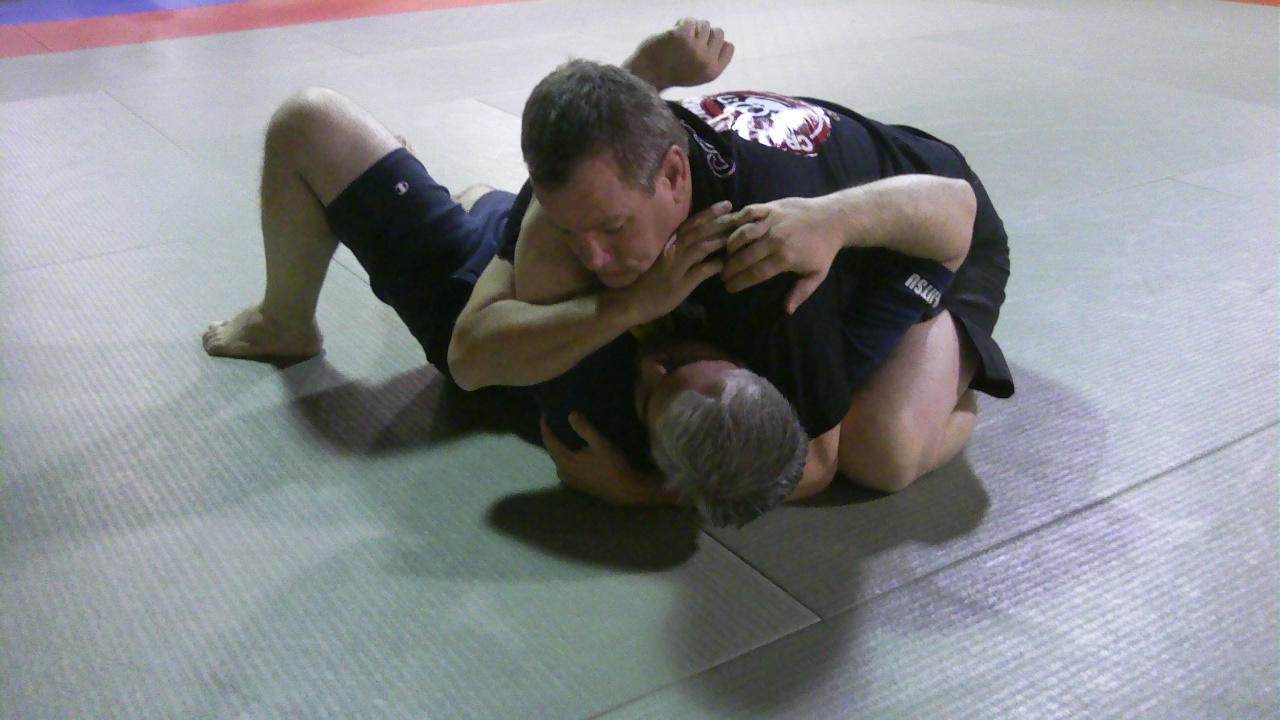 With the meteoric rise in popularity of the Ultimate Fighting Championships and similar events over the past 15 years, it has become impossible to debate the viability of grappling in the self-defense world. You can argue how effective it is, but you cannot dispute that grappling is a fact of life that must be dealt with. Ignoring this part of combat can put a person in a bad place if they are not prepared to face it.

All too often, however, rather than a realistic view of a functional strategy for dealing with a competent grappler, someone will advocate and/or demonstrate the use of “dirty” or foul tactics. Unfortunately, this is just as often a poorly advised or executed tactic that will more likely lead to extremely negative consequences for the good guy. It is frustrating to see this type of information disseminated so readily when better, higher-percentage methods exist and are easily incorporated into a person’s self-preservation toolbox.

Please don’t misunderstand me. There can be a tiny window where foul tactics may be useful, but not in the manner that most experts seem to believe is valid. There are three main areas of concern I have with using these methods as your main line of defense on the ground. 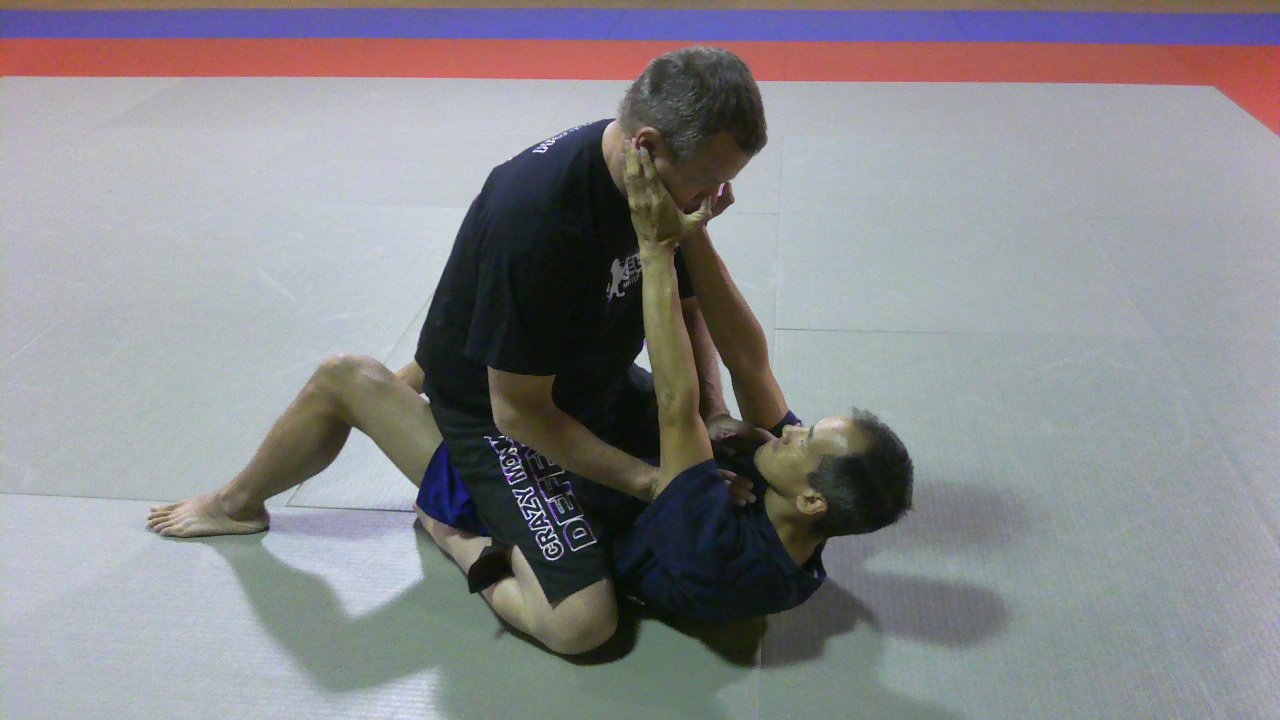 A technique to counter the mount advocated by many non-grapplers.

One example of how off-base critics can be is the typical advice given to a person on the ground that when mounted, he should reach up, grab the head and gouge the eyes of the person mounting him, and then possibly twisting the opponent off said defender. Here is a word of advice: Don’t do that. That reaching action is exactly what the grappler wants — no, it is more accurate to say, pleads for you to do. That is the opening for a classic and fundamental attack from the mount. As a matter of fact, many times the person on top will purposefully bait the guy on bottom to reach up in just that manner. In short, if the expert had actually pressure-tested that defense, he would have quickly realized it is a bad tactic and would not be teaching it. 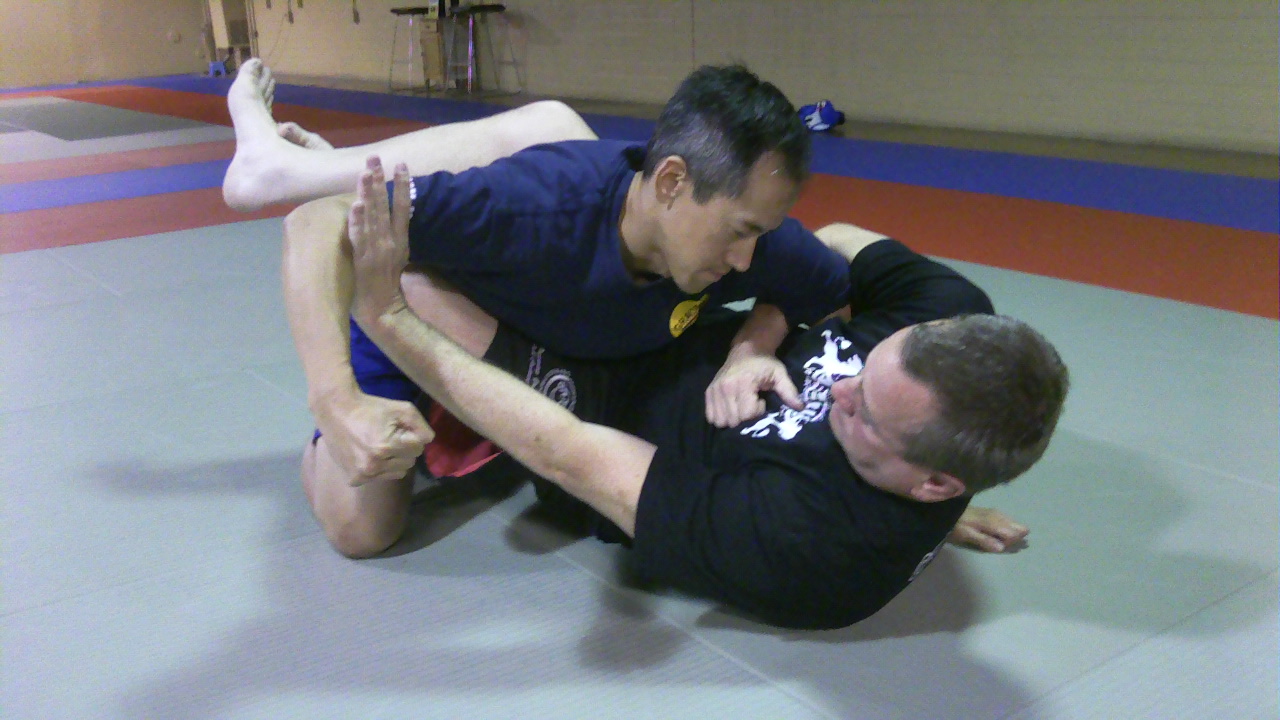 Typical guard position. Where is the opening to punch the groin?

Another favored move of the non-grappler is the classic “when you are inside their guard, punch them in the groin” technique. If they ever tried to experience what it is like inside the guard of even a mildly experienced grappler, they would realize that is incredibly difficult because the bottom guy is not just going to leave your arms or base free to do that. The guard is not some passive “wait and see” or “lay and pray” tactic. Rather, it is a dynamic and fluid position that allows for a great number of attacks (to include standing back up) and involves disruption of the opponent’s base and balance and many other subtle things that are not visible to the outside observer. A few minutes against an experienced and resisting opponent would disabuse the outside observer of such a notion.

One of the hallmarks of Brazilian Jiu-jitsu (BJJ) practice is that every session involves actually working against fully resisting opponents who are doing everything in their power to stop you and apply their techniques on you. It doesn’t take very long to build up an understanding of what actually happens in a groundfight, and you can quickly grasp what works and what doesn’t.

A trick many of these anti-grappling teachers will do in order for you to think they are well versed in grappling is to say something like, “I have trained BJJ since 1995.” What they are really saying is, “I did a BJJ seminar in 1995 and have watched a few UFCs, seen a couple of DVDs, and watched some clips on YouTube, but I have not actually continuously trained BJJ at all.” BJJ is very simple. If they have put in real time under a legitimate coach over a period of time, they will be ranked (white, blue, purple, brown, black belt) or have some kind of certification. End of story. If they don’t have rank or certification, or cannot point to personal competition experience, treat anything they say regarding groundwork with suspicion. It’s easy to say, “I train this against resisting opponents all the time.” But if those opponents consist of two or three people who have never done any grappling, how can you reasonably draw iron-clad conclusions?

This is critical to my way of thinking when I choose my arsenal of tactics and strategies that I need to defend myself. How do you know that the particular move in question will work in the manner they say it does? How many times have you bitten, eye gouged, fish-hooked, etc. your training partner? I don’t know many people who allow this regularly, so how can you be assured your opponent will react in a set manner when your life is on the line? Some people have little pain tolerance; others have tremendous levels. What are you going to do when one of the latter is on top of you raining down the hate, and all you have in your arsenal is pinching his love handles really hard? And if he just looks at you and re-doubles his attack? What then? 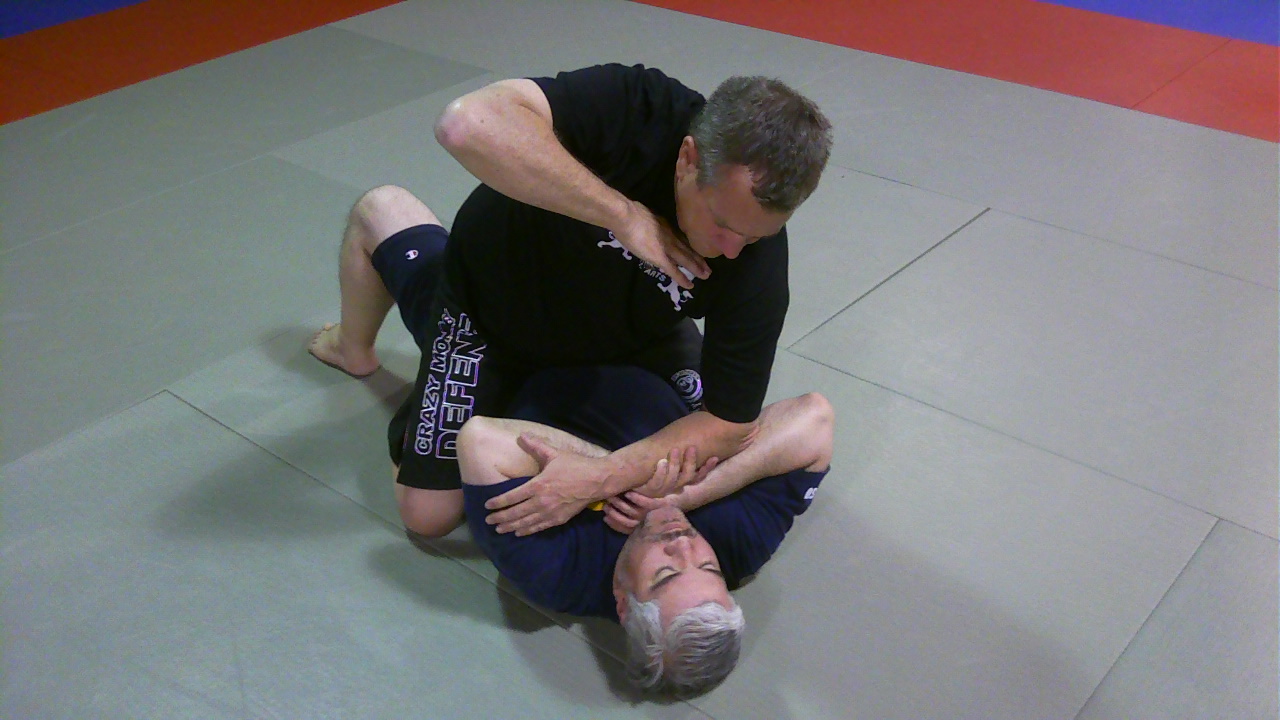 An attack that shows how easy it is to control the person on bottom and prevent them from using foul tactics.

Here is a dirty little secret that few, if any, outside the Brazilian Jiu-jitsu world know. This happens to us all the time. By the end of every training session, we have weird bruises or have been conked in the head or face, or our skin pinched and twisted, eye poked with cloth or a finger, or our fingers torqued the wrong way. It is a contact sport and accidents happen. You know how we handle it? We keep fighting! Once my head was hit so hard by an errant knee that I suffered a concussion. I didn’t know it at the time, so I continued to train and spar for the rest of class. I was in a fog, but no one else knew anything was amiss. It wasn’t until days later that I realized I needed to go to the doctor. It had no impact whatsoever on my training that night, though.

Unless there is blood or the injury is very severe, we just muddle along. We wait until after the round is over before we take care of the pain. So why wouldn’t we do the exact same thing on the street? I promise you, the number of grapplers who would be mentally or physically disrupted by such tactics is extremely small. I, for one, would not want to stake my life or well-being on the vague hope that the guy I am fighting is one of those few. I would rather count on high-percentage techniques to defend myself.

This is actually the big one. The main problem with counting on foul techniques to bail you out is an implicit belief that you will be able to perform them. I guarantee you, if you are on the bottom against someone who has more than a vague idea of what to do from there, you most likely will have little if any freedom to execute said dirty moves.

Let’s think about this for a moment. If I am a grappler and am on top of you, I most likely want to do one of four things: strike you, slap on a choke or joint attack, pull a weapon, or hold you for my buddies to stomp you. Doing any of those things requires me to have control! I must have control over your head, arms, and/or hips. As a grappler, I know (from all that mat time) that if I don’t do that, I will either fail in my attack or you will be able to escape. There is a concept in jiu-jitsu that is referred to as “position before submission.” It’s a shorthand reminder to have control before we launch our attack.

So my entire approach is about controlling those things. Therefore, if I am controlling your arms so I can attack you with an armbar or keep you in place, how are your arms going to be free to grab and viciously twist my love handles? How are you going to gouge my eyes? If I am controlling your upper body/head and looking to choke you, how are you going to bite me? It makes no sense at all. Even the most non-street aware “sport” grappler knows to control the other person to maintain the position or use a submission hold, which is actually a limb break. We only let you tap to be nice – in the street, we won’t be that nice. This is a core concept that any mildly capable grappler understands. Counting on being able to use any of the dirty tactics that self-defense guys with no grappling experience talk about is probably futile.

A standard BJJ position. How will the bottom guy use dirty tactics?

If you can’t count on dirty moves to bail you out every time, what do you do? Use the same high-percentage, go-to moves that Brazilian Jiu-jitsu practitioners have perfected over the past 85 years! The same core moves that smaller, weaker people have been able to functionally perform on larger, stronger opponents on literally a daily basis. The moves are easily learned and don’t take a lifetime to master. A good instructor can give you workable tools that you can use almost immediately. What’s even better about this approach is that, once you understand the fundamental BJJ techniques, you will have a better shot at using foul tactics successfully, if necessary. You will also be in a good place to understand how to deal with weapons.

In conclusion, I agree that there might be a fleeting moment in a ground fight when a dirty tactic could be useful. But you’d better have a decent understanding of how ground fighting truly works before counting on it. Does this mean I think everyone should be spending five days a week on the mat doing Brazilian Jiu-jitsu? Not at all. But you do need to spend time learning and working basic fundamental concepts, techniques, and physical movements, and how to recognize the right timing for each. Seek out a qualified coach who has put the work in and is not trying to sell you a bill of goods or attempting to justify his status as an expert in all areas of combat.

10 Responses to “Dirty Tactics and Grappling”