According to CBS News, at approximately 3:00 PM Wednesday, September 23, 2015, 28 year old Jeremy McDole was shot and killed by police in Wilmington, Delaware.

I don’t know if Jeremy McDole needed to be shot or if some other action could have been taken to take him safely into custody. I wasn’t there to understand totality of the circumstances and watching a cellphone video can’t possibly help me, or anyone else to understand the complete situation.

News accounts aren’t likely to be of much help in sorting out the details either.

This particular situation seems to bring with it a complexity that is worth attempting to understand so that lessons can be learned. 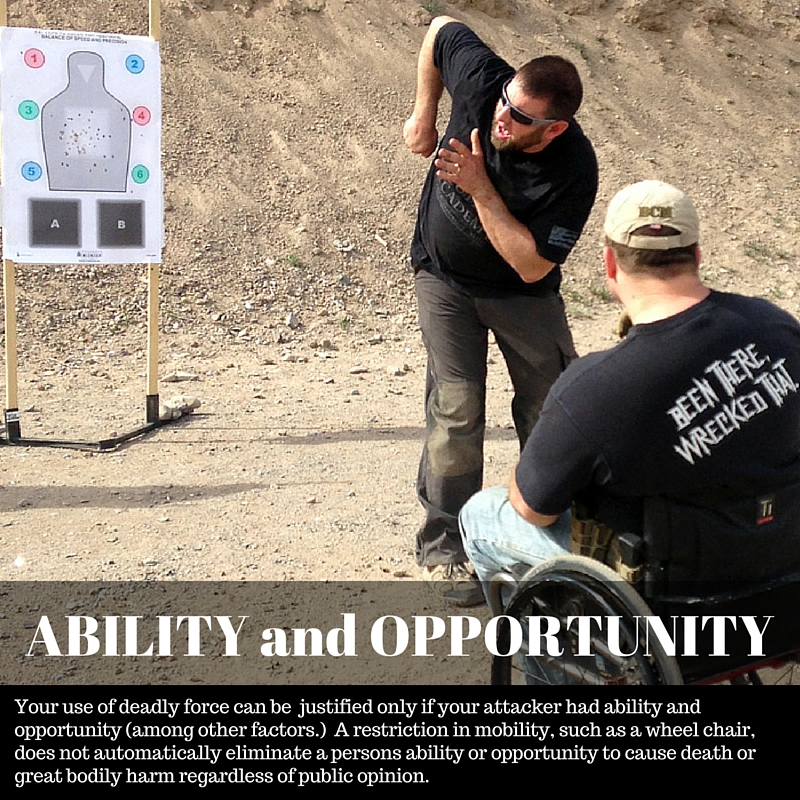 Use of Force Complexities

In the United States, the laws of deadly force tend to be fairly straight forward in concept. The difficulty lies in the vast number of variables that exist in each individual situation. The combination of variables makes the split second life and death judgement call complex. It doesn’t matter if you are an armed citizen or a law enforcement officer, the task can seem daunting.

If you wait to long or fail to use enough force you could fail to successfully resolve a situation and as a result you risk injury or death. On the other side of the coin, if you act to quickly, use too much force, or use force for too long, you risk the loss of your physical freedom or your financial security.

It is a difficult balance and our interpretation of the situation can change what we perceive to be right and wrong and this can complicate things even further.

Possibly just as important is the idea that public understanding of an event can color the perception of what is right and wrong. Public understanding is rarely understanding at all and should have no bearing on right or wrong. In a perfect world it wouldn’t. We live in the real world, however, and there are all kinds of things that SHOULDN’T come into play in the judgement of a defensive gun use. Often times they do. I discussed outside issues that can impact the legal outcome of a defensive gun use with Massad Ayoob on the Safety Solutions Academy Podcast. You might find his observations valuable.

First you must consider the alleged attackers ABILITY. Do they have the actual physical capability of causing death or serious harm?

Second is OPPORTUNITY. Could your attacker inflict the harm that you fear right now?

Finally is JEOPARDY. Does your attacker have the intention to cause you that harm?

In the case of Jeremy McDole, the situation is complicated by an anti-law enforcement sentiment and some assumptions about McDole that are nothing more than bigotry.

Public opinion seems to be that even if McDole had a gun, and even if he failed to follow the lawful orders of the police officers involved, and even if he reached for the gun, that he shouldn’t have been shot.

After all, McDole is in a wheel chair.

A voice of reason?

I reached out to a friend and student of mine named Richie. I asked Richie his opinion. Richie is direct. 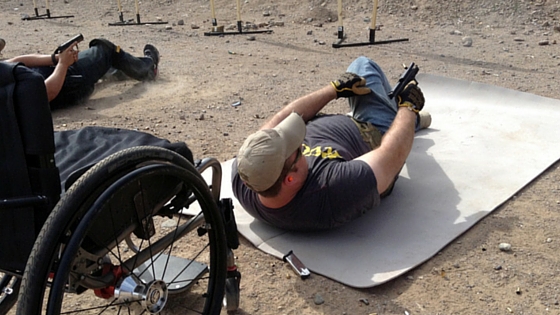 “If you really think about it, a person in a chair could be more lethal as they are not really looked at as someone that is aggressive and a threat.”

Richie seems to think that the public in general lacks the belief that a man in a wheel chair has the ABILITY and OPPORTUNITY to cause harm.

It would be fair to ask, “What qualifies Richie to comment on a man that is wheelchair bound and how the public could view him?”

I met Richie in Arizona at an Advanced Pistol Handling Course. He spent the weekend getting up and down out of the desert dust learning to shoot in compromised positions just like everyone else in class. Richie showed some solid skills with his handgun that weekend and he demonstrated that with that tool he had the ABILITY and OPPORTUNITY, just like every one else in the course.

The only difference between Richie and the rest of the students is that when Richie got himself up, he hauled himself back into a wheel chair.

It is almost as it the general public can’t seem to get their heads wrapped around the idea that even though he was in the chair, IF McDole had a gun, he had the ABILITY.

That IF McDole had a gun then he certainly had the OPPORTUNITY.

Allegedly, McDole had shot himself earlier. That may go a long way toward showing his malicious intent or JEOPARDY.

I don’t know what the outcome of this particular situation will be or even should be, but I do believe that you can draw some lessons from the situation to better prepare yourself to deal with a defensive gun use in protection of innocent life in the line of duty or as an armed citizen: