Recently, three Americans, seemingly unarmed, took action against a heavily armed terrorist on Paris-bound train. Their actions serve as a clear example of the type of response you may depend on when you find yourself in the midst of a lethal threat.

The question is, “Are you up to the task?”

Despite the fact that the terrorist was poorly trained and ill equipped, these three individuals are likely responsible for saving multiple lives through their response. A response that the everyday armed citizen may have failed to consider as an appropriate counter to a terrorist attack.

The actions taken by Stone, Skarlatos and Sadler are outside of what we consider because their counter didn’t include our pet defensive tool, the defensive handgun.

As a professional defensive shooting instructor, I advise my students to carry their defensive handguns whenever possible.

It only makes sense. If you need your handgun to protect your life or the life of another innocent individual, there are very few tools that can take its place.

When you think about the relative convenience of the handgun compared to the severity of the consequences that you may be forced to endure if we DON’T carry it, it is an easy decision.

So, you carry your gun. 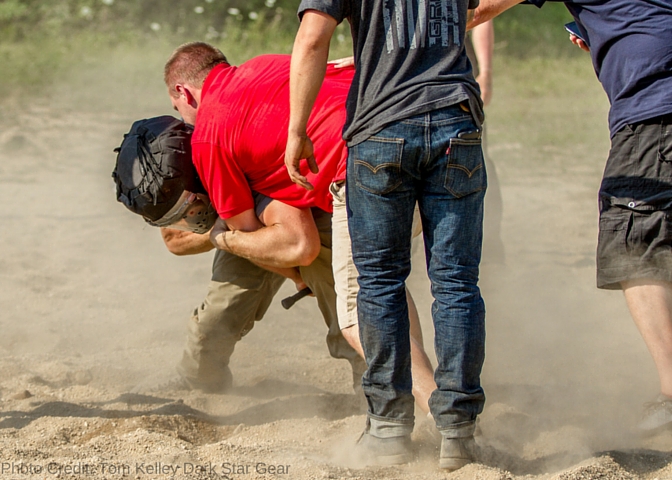 Training with your defensive handgun increases the odds of SUCCESS!

Smart people that really care about the outcome of a violent encounter, invest some of their resources in firearms training.

You do so to expand your ability to run the gun in a manner that is consistent with how your body is likely to respond in the face of a violent attack with potentially lethal consequences.

Again, this is only logical. Both you and I want to have as successful of an outcome as possible when it comes to dealing with a life and death situation.

This seems to be where the logic ends…

Of course you need to do everything reasonable to make sure that we can achieve success in a violent encounter a head of time. So you labor over selecting the best defensive handgun and the ammunition to go with it. You find a belt and holster combination that is safe, secure and comfortable. You put your gear and yourself to the test in that two day defensive handgun course. Finally, you carry your gun when possible.

Then Murphy shows up and of course you are ready, right?

What if the problem you face is dire, but doesn’t fit into that niche that you have focused so heavily on? What if your gun isn’t the right answer? What if you don’t have your gun?

Not only is it possible, I would argue that it is more likely, to find yourself in a high stakes situation where your gun may simply not come in to play.

Maybe your defensive handgun isn’t the right tool for the job?

Statistically, average citizens are much more likely to need to deal with life threatening circumstances that aren’t related to violence. The aftermath of motor vehicle accident or a medical emergency top the list. I know that live fire training and carrying a gun is cool, but having medical training and gear is practical.

The ideas above make medical training a high priority, but it doesn’t stop there.

Let’s face it, you are much more likely to face a threat that is less than lethal in nature than you are to face an immediate threat to death or great bodily harm.

When the drunk at the other end of the bar thinks he heard what he heard and he decides to put you in a bear hug or to throw that big haymaker, your handgun probably isn’t the right tool for the job.

You probably aren’t facing a lethal threat when the drunk gets out of hand. Every circumstance has its own details, all of which are important to determining a proper response, however, in general, a healthy male grappling with or striking another healthy male is rarely grounds for lethal force. So it seems to follow that having a reasonable set of unarmed combative skills would make sense and they would probably be a higher priority than your firearm skills. 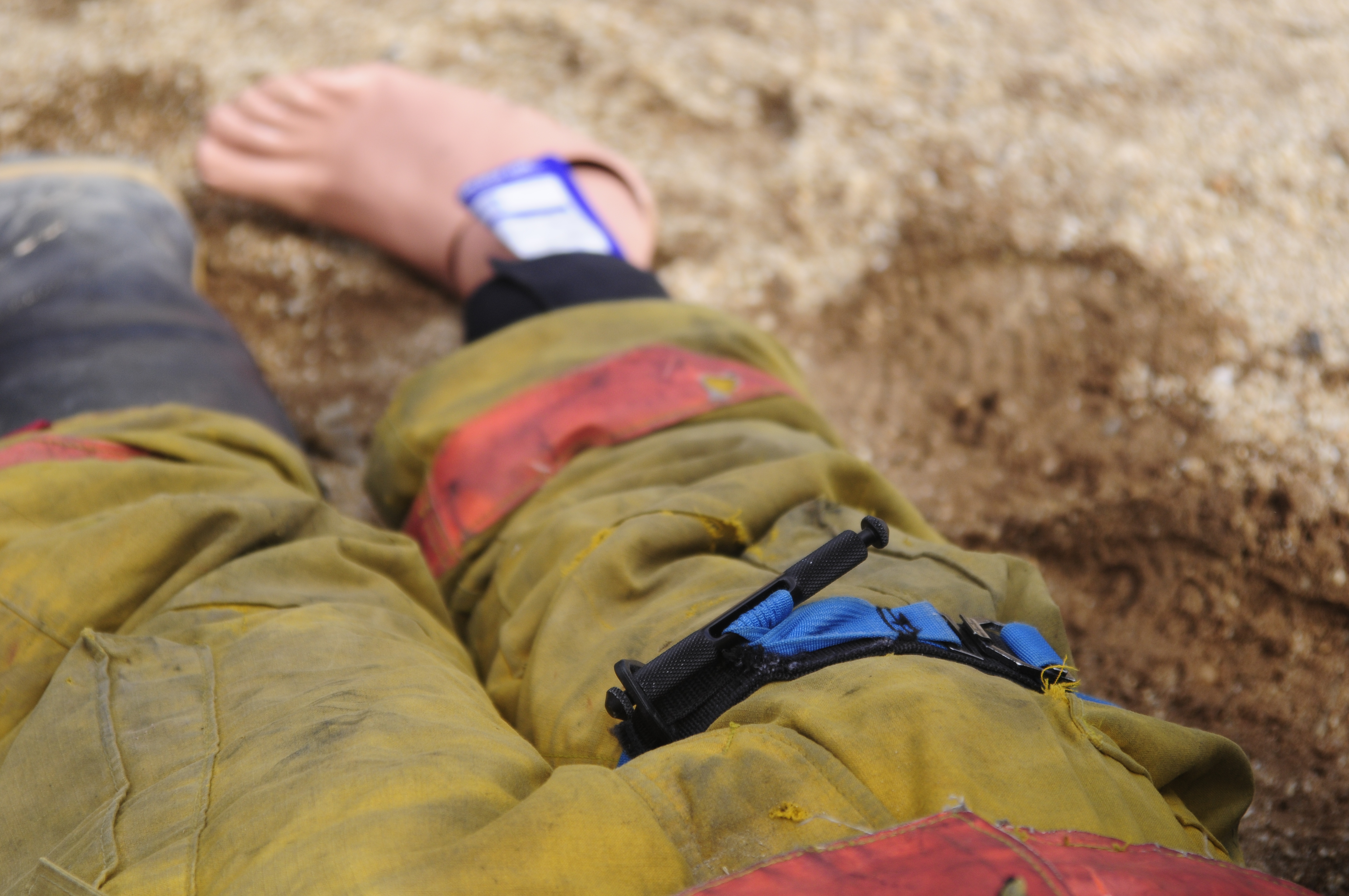 You may need other skills to be able to safely access your concealed carry handgun.

Maybe you need other skills to be able to bring your concealed carry handgun into play?

You may have noticed that I tied your medical training in with self-defense by simply acknowledging that you or someone you love could be injured if you are involved in a lethal force scenario. Even if you are able to “successfully” defend yourself, you or other innocent individuals could be injured.

It’s the same when it comes to unarmed skills. If that physical confrontation does turn into a situation where your use of lethal force is the appropriate course of action, you may need your physical skills to control your opponent or to gain distance to safely draw your handgun.

There is also the simple reality that there may be time s when you are not carrying your defensive handgun. It may be a matter of choice or a matter of restriction.

Like if you were on a train in Belgium. Just because you don’t have a gun doesn’t mean that you are helpless. 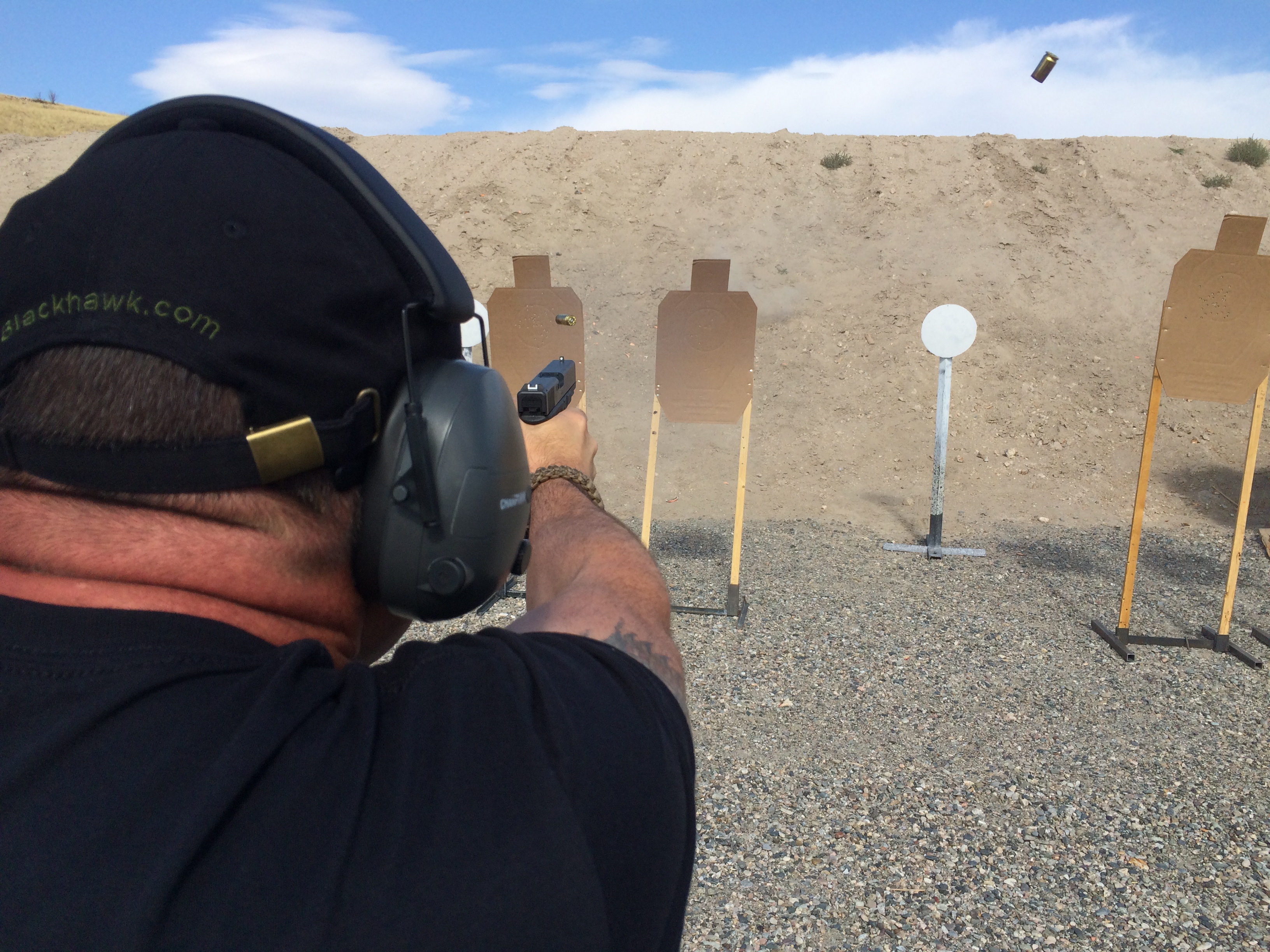 Understand the risks you face and train the right skills and tools.

It is easy to focus on the solution that we enjoy. Training with defensive firearms is a lot of fun and it can have a positive impact on your readiness to deal with situations that we might face as armed citizens. At the same time, it is important to recognize that although a lethal threat with an appropriate firearms solution is a high consequence proposition it is relatively low probability.

People that really want to maximize the resource investment they put into their safety and the safety of those they love make sure to place a strong focus on high consequence, high probability skills and tools.

There is no better example of the payoff of balanced training than the example set by Stone, Skarlatos and Sadler.

Balance your training while considering consequences and probability so that you are ready with the appropriate response.