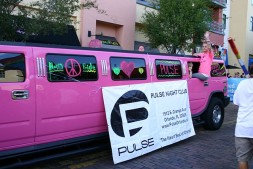 As I write this it is less than twelve hours after a horrific attack on the Pulse nightclub in Orlando, Florida. The current news reports put the death toll at fifty human beings who were simply out for an enjoyable night on the town.

The full details are not yet known and I doubt we’ll have a full story even several days from now. Because of the changing nature of these stories I’m not going to speculate on motives or tactics; those things probably don’t matter to those fifty people, or their friends and families, anyhow. What does matter is how we react to it and how we keep ourselves safe in the world as it exists today.

On social media it seems everyone in the “gun world” is mouthing the tired old line: “it takes a good guy with a gun to stop a bad guy with a gun” and lamenting the fact that no one in the crowd had a gun. The problem is that the saying isn’t quite true; what it takes is a good man (or woman) with a gun AND the skill and will to use it. Without both of those, the gun is nearly useless. If you’re not willing to use it, or capable of doing so, what good is it really doing?

If there had been one person in that crowd armed with a gun, along with the skill and will to use it against their attacker, the incident certainly could have ended with far less bloodshed.

Guess what? If there had been one person in that crowd armed with a knife, along with the skill and will to use it against their attacker, the incident could have ended with far less bloodshed.

If there had been one person in that crowd armed with a heavy fire extinguisher, along with the skill and will to use it against their attacker, the incident could have ended with far less bloodshed.

If there had been one person in that crowd armed with a cane, along with the skill and will to use it against their attacker, the incident could have ended with far less bloodshed.

Do you see the commonality? It’s the skill and will to use the gun, the knife, or anything else which is truly important. If someone has a gun but lacks either the skill (training) or the will (mindset) to use it, the gun itself is impotent. It’s the will to live, the desire to avoid becoming a victim, the drive to get home to your loved ones, that has to come first. And that doesn’t happen just by going to the gun store.

Develop the will to live, the will to overcome the evil that is standing in front of you. I can’t do it for you if you don’t want to, and you can’t do it by listening to a 15-minute lecture at the start of a shooting class. It has to come from within you, and it has to include the determination to do whatever it takes to your attacker — another human being — in order that you may rightfully live.

At this point we don’t know what happened in that nightclub. We don’t know if anyone in that statutorily-imposed gun free zone took it upon themselves to launch a counter-attack against their killer. What we do know is that fifty people are dead and that it takes some time for one person to kill that many other people — sufficient time for someone to do something, even if they had no firearm.

Once you’ve decided that your life is worth protecting and that you will go home to your family and loved ones is when you need to develop your self defense skills. As it happens the skills aren’t that hard to acquire, and you have many options and sources of information. (If I may be so bold, you’ll find a lot of that information here at PDN with links to people who can give you the hands-on experience you need to develop those physical skills.) If you choose to carry a firearm, those skills need to include bringing it into action under the conditions of a surprise attack — one you didn’t know was going to happen until it did.

If you choose not to carry a firearm, your training should include both unarmed (empty hands) martial arts and some training in how to best utilize found (improvised) weapons. If you choose to carry a knife, you need to know how to use it most efficiently to disable your attacker.

Finally, regardless of what tools and defensive skills you have, you also need training in how to render aid to yourself or those around you in case you’re caught in an attack.

There is an old saying that the mind is the ultimate weapon, and everything else is merely a tool. Develop your weapon, then pick the tool(s) you’ll use as appropriate.

10 Responses to “How Should you Respond to the Pulse Nightclub Attack? Skill and Will”