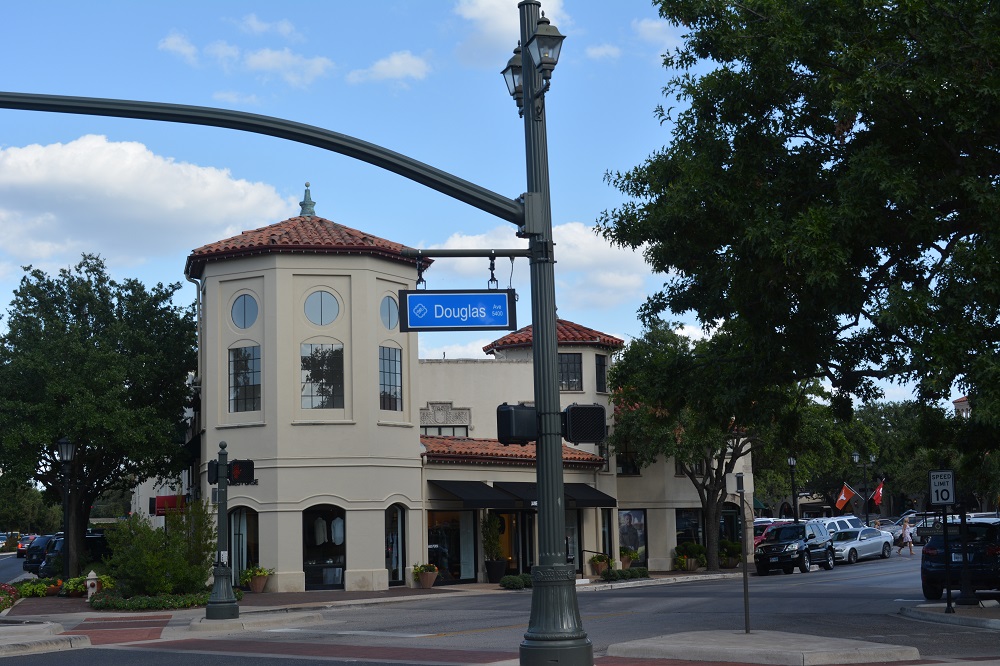 Know your location, and you won’t waste time in an emergency trying to figure out where you are. Photo: author

A short time ago, I was walking through the French Quarter in New Orleans on a trip to visit friends. The cobblestone streets were busy that day with taxis zooming back and forth, locals going about their daily routines, and tourists roaming in and out of some of the most spectacular bars and restaurants on the planet. I was on foot and didn’t have the luxury of a vehicle during my outings through the city. As with visiting any new city, I had conducted some pre-mission planning, which included knowing where I was staying and where the nearest hospital, fire house, airport, steak house and Irish pub were located. My everyday carry (EDC) for that particular adventure consisted of a SureFire Lumamax, Tac Med Solutions Ankle Med Kit, Benchmade Adamas folder, and butane lighter. My concealed carry license has reciprocity with Louisiana, but I knew I would be enjoying a few alcoholic beverages at different establishments, so carrying my pistol was not a great idea. Not that I was planning an all-nighter, but I was on vacation and letting loose with friends. Not that my guard was down … or so I thought.

The streets were filled with all sorts of distractions to throw my situational awareness off: street performers, drunk tourists, and let’s not forget that New Orleans has hands down the best people-watching you can ever experience! So there I was, keeping a sharp eye out, enjoying the sights and sounds. But as I was walking down a less popular side street a few blocks off the main drag, it dawned on me that I really didn’t know exactly where I was. I knew I was in the French Quarter a few blocks down from Bourbon Street … but not an exact address.

Why was that such a big deal for me? Well for one, if I had gotten into trouble and needed an ambulance or the police, I had no idea where to send them. I couldn’t just say, “Ya know, that bar on the corner” to the 911 operator. Every street corner had a bar! There wasn’t a street sign, just a street light on that particular block. I headed back to Bourbon Street, bellied up to the first bar I came to and calculated my exact position using my cell phone’s GPS app. After figuring out all the cool tricks the GPS app can do, I started tracking myself and occasionally stopped to pinpoint the address where I was. I made do with this until I got back to the hotel that evening. 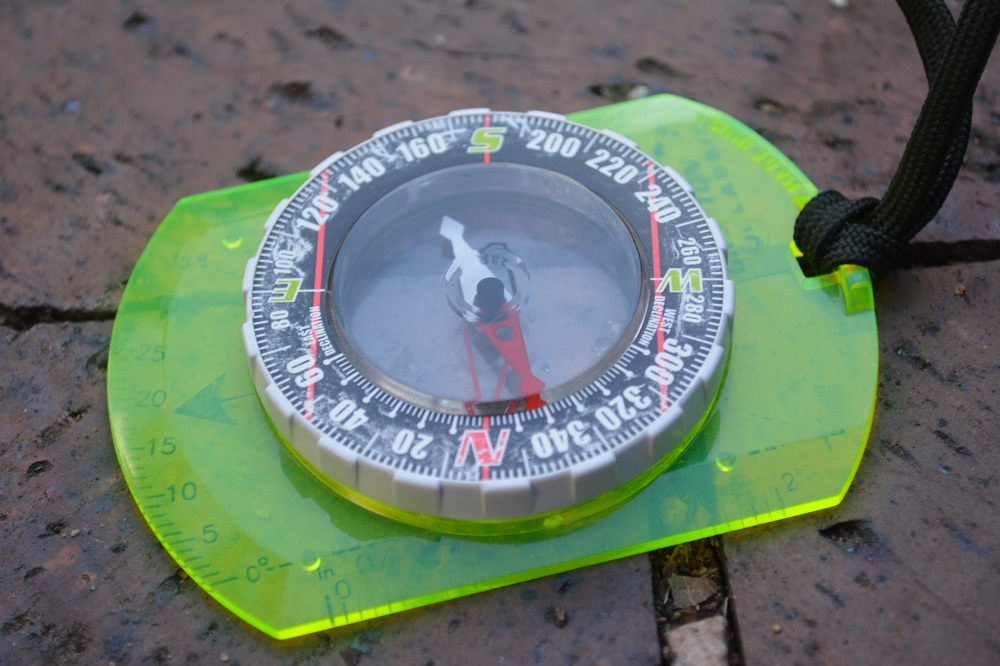 I always carry a compass with me when I’m out in the woods, on the range, or in a strange new city. Photo: author

As you can tell, it doesn’t take long for some folks to get turned around or lost. I’ve had plenty of both day and night land navigation courses in the U.S. Army. Whether I’m on one of the ranges back home that’s out in the country or hiking in the mountains, I wear a compass around my neck and tucked under my shirt. It becomes part of my EDC for that environment. Like any piece of equipment, you must know how to properly use it. There are other means of finding your way as well. Knowing how to maximize your smartphone’s GPS or map apps can either be helpful or downright confusing. My recommendation is to spend some time working with the phone app. There are several aftermarket apps and some work better than others. If you find one that you like, help your buddy out and leave a comment below on which one works best for you.

Another option is an actual GPS unit from companies like Garmin, Magellan, and Suunto. GPS units come in all shapes, sizes, and prices, and offer a wide array of features. These devices do require a bit of practice, but are great tools. It may take anywhere from a couple of seconds to a few minutes for the GPS unit to calibrate by linking up with satellites. During an emergency, that can eat up time you don’t have or prevent you from doing something else like patient assessment or bandaging someone. 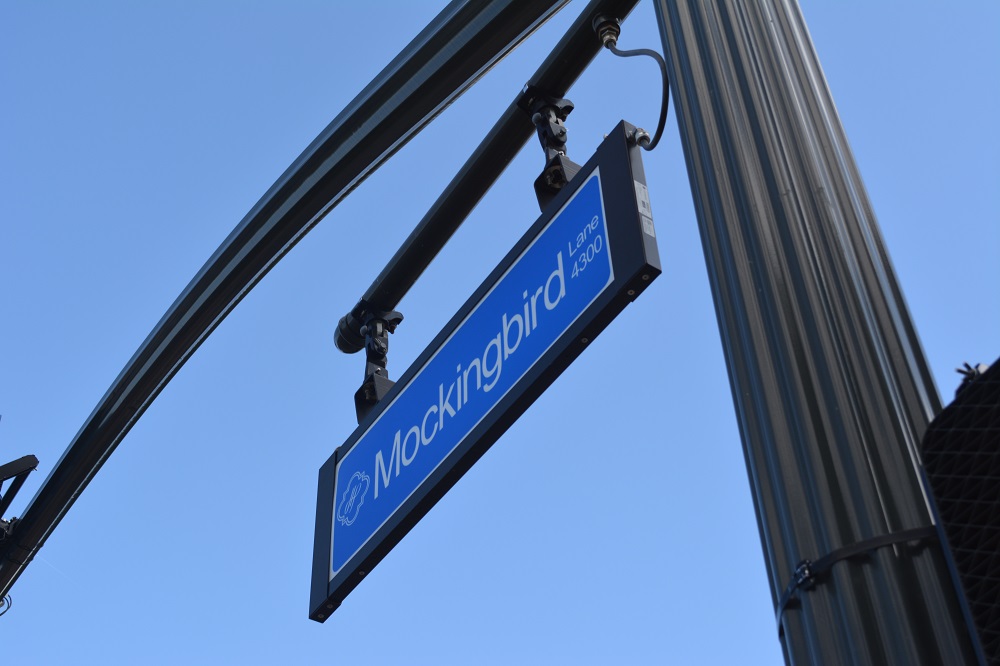 Not only should you pay attention to the street name, but the block number is also important to know. For example, this is the 4300 block of Mockingbird Lane. Photo: author

With smartphones, GPS systems, compasses, and old school road maps, there are a few tricks you can use to help guide public safety officials to your location. Using landmarks such as a major shopping center or which corner of a town square you’re at can be helpful to a 911 operator. Terrain features like a body of water (local lake/pond/river/creek) or in between two hills down in a valley might be useful if you don’t know the area well. I’ve even told a 911 dispatcher to send an ambulance to the grocery store near the intersection of two major streets because even though I’d been going to that same store for 10 years, I didn’t know its physical address. That worked and everyone turned out OK. The point is that I got complacent and expected others to know where I was and what was going on … during an emergency. You can sure bet I learned that store’s address after that experience!

Whether you are involved in a violent attack or a car wreck, knowing your exact location is very important. I recommend having at least two methods for finding your location at all times, especially considering that the national average response time for EMS to arrive at your scene is nine to 12 minutes. Take the time to figure out all those little buttons on your smartphone or GPS unit. You can even make it a game with your family members, a sort of scavenger hunt. That way they too know how to find their own location should the need arise. You can just as easily start keeping track of major cross-intersections of the streets and roads you drive on. They (EMS/fire/police) can’t help if they don’t know where to go.

In the comments section, be sure to share the methods and tools you use to find your location.