These articles and videos were the most read and viewed last year. You, the PDN membership, have made your preferences clear. But what was the best of the best … what did I like most of what our members liked most in 2011?

As Managing Editor of PDN, I am always interested in which articles are the most popular and which videos are viewed the most. Of course, there is a bit of ego involved in making sure that we have popular content, and it certainly helps our relationship with our advertising partners if we can show big numbers. But once we reached a point where we had a large number of visits in general, it became very interesting to examine what people were looking at. Nothing gets approved for publication at PDN unless I think it is worth sharing, but any of us would have certain articles or clips that we thought were more important than others. I was pleased to see that in 2011, our members and visitors also picked some of what I thought were the best of our outstanding contributions. I can’t speak for you guys, but here is why I liked some of what you liked the most. If you missed these pieces, go take a look now. And if you enjoy them too, consider sharing a link through your favorite social media resource or a good old-fashioned email to a friend! Comments at the end of articles and on video pages are always welcome too, as they help me plan future content. 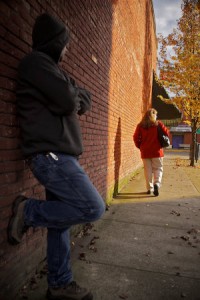 The Myth of Situational Awareness

Not only is what I call the “safety blanket of awareness” often something that gets in the way of people getting the training (and taking the time to practice) that they need, but it is also frequently misunderstood. I don’t think anyone who has advocated that people try to be as aware as possible during their everyday lives has intended for those who hear that advice to curtail their training efforts because they were counting on seeing a threat coming early enough to avoid an attack. Yet that is exactly what I read in some discussion forums and hear from my students on the range. Of course, they don’t explicitly say “I don’t need to train because I’ll see a bad guy coming,” but that is clearly the underlying belief behind guys who give the “I’ll never get caught that off-guard” response when I suggest a greater emphasis on Counter Ambush methods in their training. Grant’s take on the Myth of Situational Awareness got a lot of conversation going in the community and was certainly one of the highlights of PDN’s content in 2011. 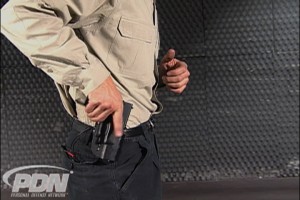 This short clip, made many years ago when we first started taping the material that comprises the core of PDN’s Video Library, is still one of the most popular! In 2011, it was in the top five of all clips watched. A couple of things I really like about it are;

1. Although I don’t articulate it explicitly, you’ll see that there is no discussion of which specific point or place you achieve a two-handed grip during presentation from the holster. I believe strongly that one of the biggest flaws in defensive shooting training over the last few decades has been teaching people to stop the gun at some point to get their second hand on the grip. Once the gun is pointed at the threat and you need to be shooting, drive the gun out and get your two-handed grip while you are extending!

2. The emphasis on dealing with what to do after you shoot, both in a real incident, where it is incredibly important to assess your environment, or during training, when you need to re-holster safely after simulating some assessment.

This is definitely a short clip worth sharing! 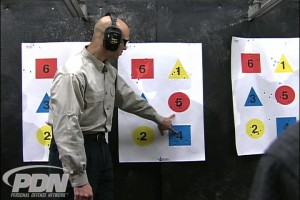 The Balance Between Speed and Precision and Combat Accuracy Videos

Both of these videos were in the top five most watched clips at our YouTube Channel. They present two of the most important concepts in defensive shooting, and their importance would be hard to exaggerate. If you truly understand and implement these two concepts, regardless of what gun or technique you choose to use, your defensive shooting will become more efficient and your training more realistic. These were also not new clips taped within the last year, but they represent some of the best that PDN has to offer. 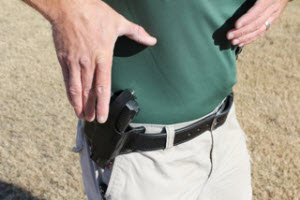 One of the first new pieces of content that PDN put out in 2011 was this outstanding article by regular contributor Mike Seeklander. Mike’s fresh look at some common bad habits that people develop in sub-par training programs or through complacency was a great wake-up call for a lot of readers. Even if you caught it when it first came out, it’s worth a re-read. Pay special attention to Bad Habits #3 and #5. These are the two that I see creating the biggest stumbling blocks for people truly interested in being better prepared to defend themselves or others with firearms.

Now you know what I thought the highlights of our most popular content were in 2011. Head on over to our Facebook page and let us know what you liked most from PDN in 2011. I’ll be sure to factor in your thoughts as we develop our content for the coming year!