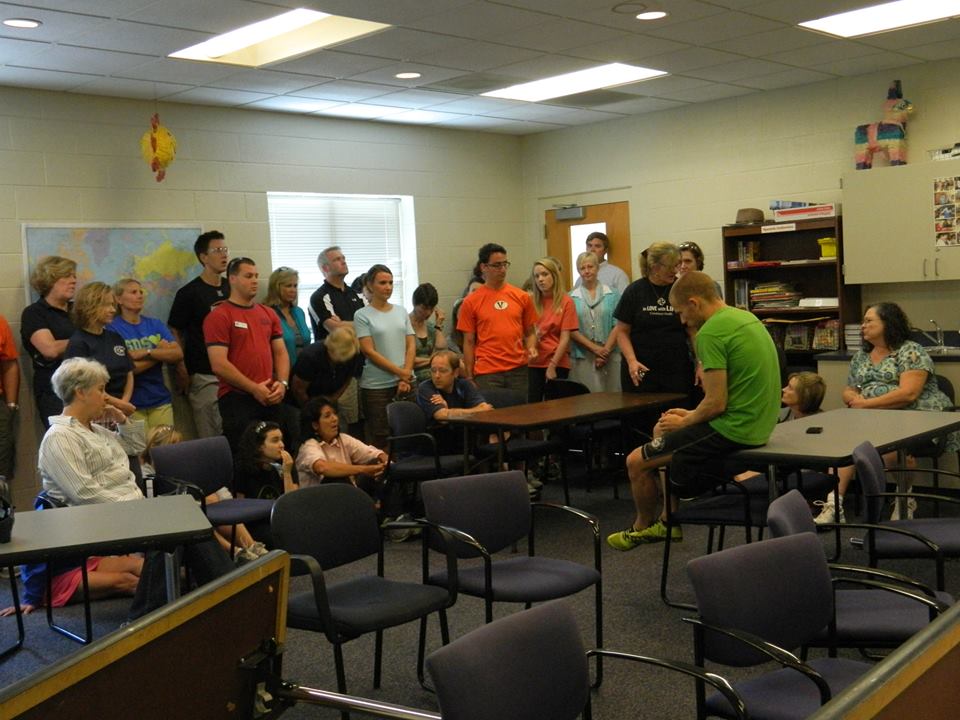 Talking tactics with teachers in a classroom.
Photo: Sandy Lawrence

Any time the subject of an unarmed response versus an armed killer in a school comes up, the inevitable knee-jerk, uninformed responses are as predictable as a celebrity divorce. They go something like this:

Without fail, most responses will be some variant of these, and no matter how reasoned, impassioned, informed, or lucid the counter-arguments are, the confirmation bias is so strong, they are disregarded out of hand. Here’s my attempt to shine some light on the topic.

To begin with, I have guns. I have had guns since it was legal for me to do so. I grew up around guns. I first shot when I was four years old. My grandfather owned a gun store. I have a makeshift range on my property. I’ve trained with the likes of Larry Vickers and Daniel Shaw. I am a co-founder of Fit to Fight®, a training organization with affiliates in six countries. Since inception, our primary focus has been on unarmed tactics, but a big part of our newest course is armed responses in these events, when possible. I am very pro-gun when it comes to ownership in the U.S. I am very pro-self-defense, in general. I think if more good people would train and carry, we would all be safer.

This is not a gun issue. 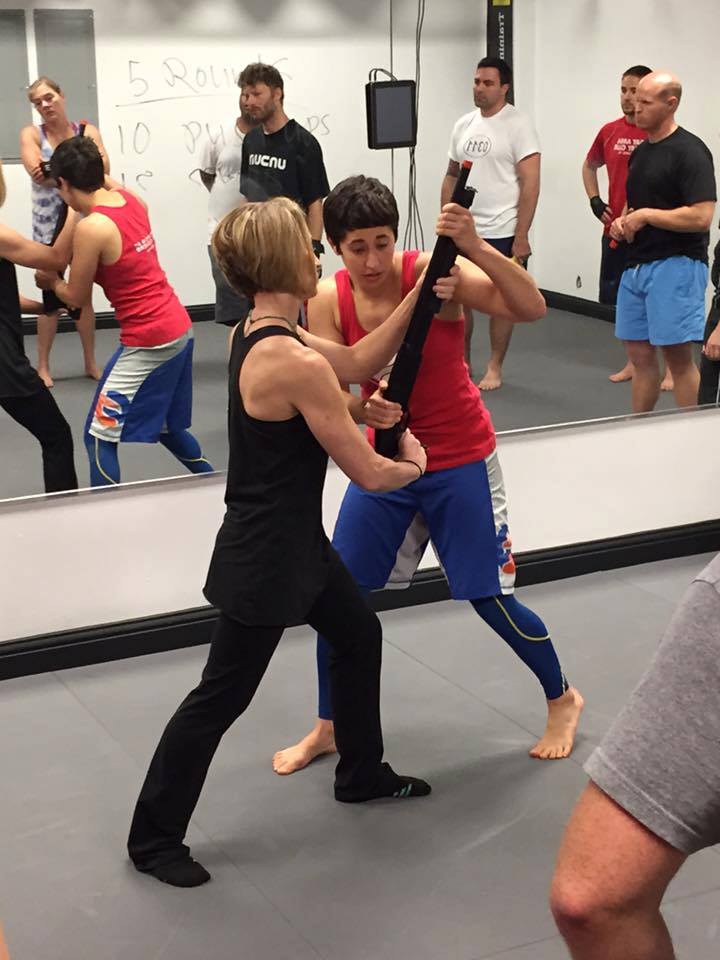 Demonstrating a disarm during a seminar.
Photo: Ryan Hoover

Depending on the source, police “hits on target” are under 20% in a gunfight. These are people whose lives depend on their training, daily. They have to draw their weapons on a regular basis and are trained to do so under extreme circumstances. Now you have a teacher who is probably as likely to have to draw her weapon as she is to be struck by lightning and attacked by a polar bear on the same day, and if she does, she has kids running all over the place. What do you suppose her success rate might be under those conditions? What are the odds she shoots a child or another teacher?

What sort of firearms training do you expect to get teachers when most school systems aren’t willing to even have a discussion about fighting back unarmed? You want to choose six teachers in a school and train them as you would an Emergency Response Team? In that case, I say let’s go. I will do what I can to make that happen. Having well-trained, armed teachers is a viable response. However, if your solution is to send any teacher who wants to through a simple CCW certification and encourage them to carry inside a school, I am not on board with that. I think if you would ask most experienced shooters and firearms instructors, you would get a similar response. 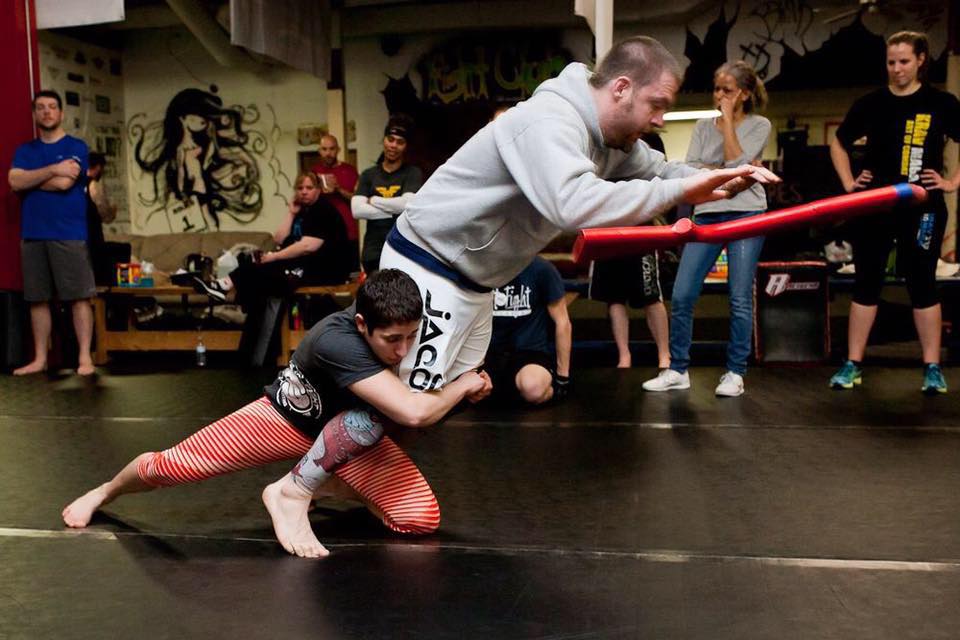 Even though the vast majority of school systems have tepidly adopted run-hide-fight, almost all of them ignore the last part of that mantra. We all know how to run and how to hide; we have since a very young age, when it was encouraged in games. Fighting, while just as natural as the other two, has been mostly dissuaded since childhood. Therefore, very few adults know how to fight, especially in a situation like the one we are discussing, and administrators are by and large unwilling to change this.

Again, do you think firearms training is something that is going to happen for teachers in our current environment? If you want to get them involved in some force-on-force scenarios, where hitting paper at seven yards is not the milepost, and you can get admins and legislators to sign off on it, I say let’s go, but … 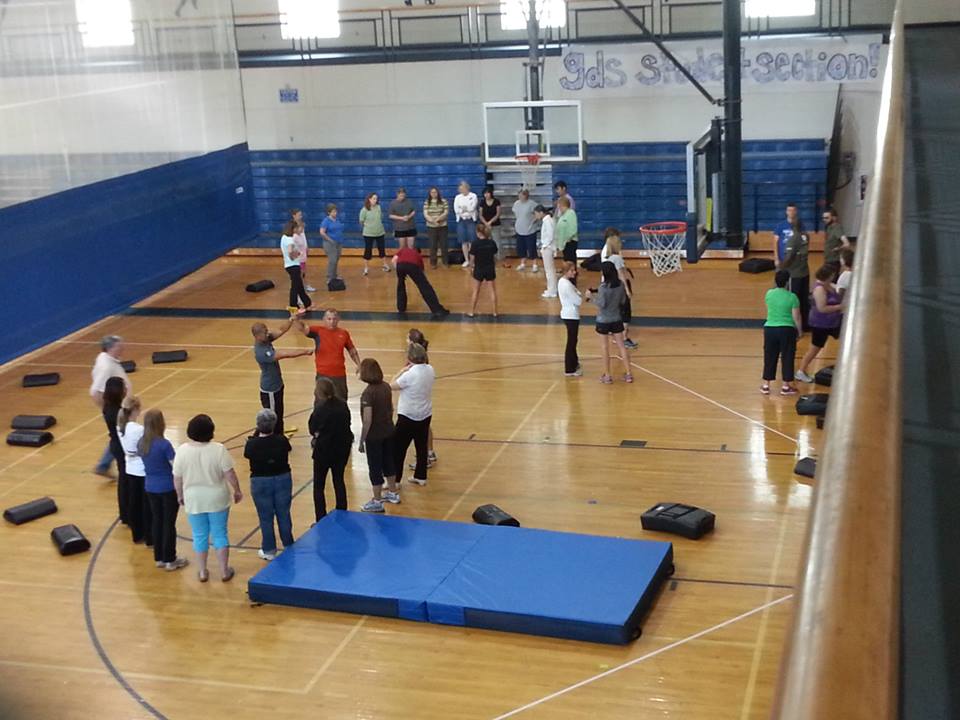 Going through unarmed response to an active shooter with teachers. Photo: Andre Herbert

Ultimately, while I am all for having armed and well-trained staff, I am dealing with the reality that we live in. That reality, at this time, does not only have unarmed teachers, but that reality does not even want a discussion about it. So save your bluster, your bloviating, your grandstanding platitudes, and get with the real world. If you want to actually make schools safer, let’s admit that what is currently being done is grossly inefficient and needs immediate and massive reform. If the culture is not ready for armed teachers, then let’s recognize and acknowledge that. Let’s give them options that might be more palatable to the powers that be and continue working toward a more complete approach to school safety. Let’s recognize that in a study of active shooter events between 2000 and 2013, 13% were stopped by unarmed citizens, while only 3% ended after armed citizens who were not law enforcement personnel exchanged gunfire.