Many individuals will opine that those that train to be combat accurate are just using it as an excuse to suck at shooting. They claim that individuals that espouse combat accuracy are merely too lazy to put in the required practice and apply the fundamentals needed to engage the target precisely. Rather than see it for what it is, the most efficient way to mitigate a threat, they let ego play into a scenario where it has no business. According to them combat accurate shooters spray bullets down range without accountability or skill. This is far from the truth. These members of the training community are using the term “combat accuracy” when they really mean precision. Precision by definition is a subset of combat accuracy. 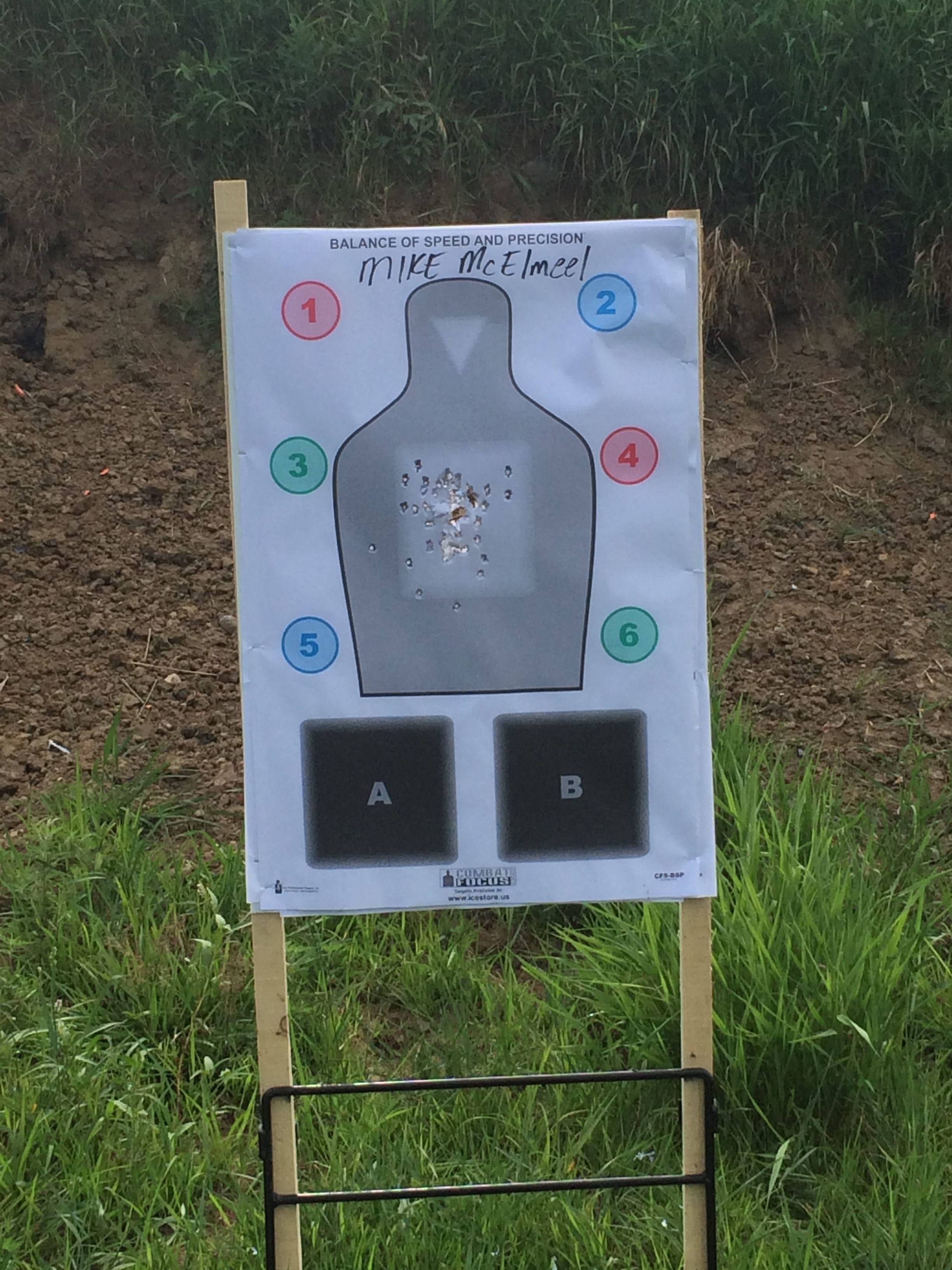 First let’s set some left and right limits and define some terms. Combat Accuracy is defined as any shot which will significantly affects a target’s ability to present a lethal threat. All shooting, defensive or otherwise, can be defined as a balance of speed and precision. To be efficient in a defensive context, the context of life or death, we need to exert the minimum amount of deviation control or precision necessary to get the hit we need to get. The target itself will dictate the level of precision needed. Our confidence in our ability will affect the speed with which we shoot and our application of skill will determine if we get the hit we need to get. In a nutshell if the target is the high center chest of the threat we apply the needed skill to hit that size area. If it is a smaller target such as an ocular cavity we would need to apply the requisite skill to hit that area. Size of the target, distance from the target, the circumstances under which we shoot and the anticipation of the need to shoot will all effect our ability to hit the target.

In the preceding paragraph did I mention anywhere that we are not accountable for every bullet that exits our firearm? Have I discounted the need for skill or precision in hitting our intended target? Being combat accurate does not relieve the shooter of the responsibility to hit what they aim at. However in the context of self-defense shooting the majority of these incidents happen between nine to fifteen feet. At these most plausible distances, the need for precision is arguably less and the need for speed may be more. If our combat accurate area corresponds to the high center chest, applying more deviation control than is needed to hit this target area is inefficient and potentially life threatening.

If we accept the premise that there are only two ways to stop an attacker. Then we must train for those scenarios. We can get a psychological stop, meaning we convince the attacker that they have better things to be doing than attempting to assault us. In this context a miss can be defined as combat accurate if it affects the targets ability to present a lethal threat, by making them run away. No one would define a miss as precise. However we cannot count on that outcome. So we must train for the physiological stop. To stop a determined attacker physiologically we need to effect the body’s homeostasis. In layman’s terms we need to put a lot of bullet holes in the high center chest. We need to significantly affect the flow of oxygenated blood perfusing the brain. Once perfusion stops the attack will stop.

By training for combat accuracy instead of precision only we are actually building a good fundamental base of skill in the context of a plausible set of circumstances. We are training ourselves to process information prior to performing the complex motor skill of shooting. We are deciding what level of precision is necessary to achieve that physiological stop. We are training realistically. What we are not doing is creating artificial standards that mean nothing in that context. Your ability to put a 3 inch shot group together at 25 yards may or may not be relevant in a violent encounter. What will be relevant is your ability to apply the amount of skill necessary to achieve the goal. The goal being to stop the attack. By all means work on your precision shooting but do not confuse it with defensive firearms use in the most plausible set of circumstances.

3 Responses to “Being Combat Accurate Does Not Mean You Suck”