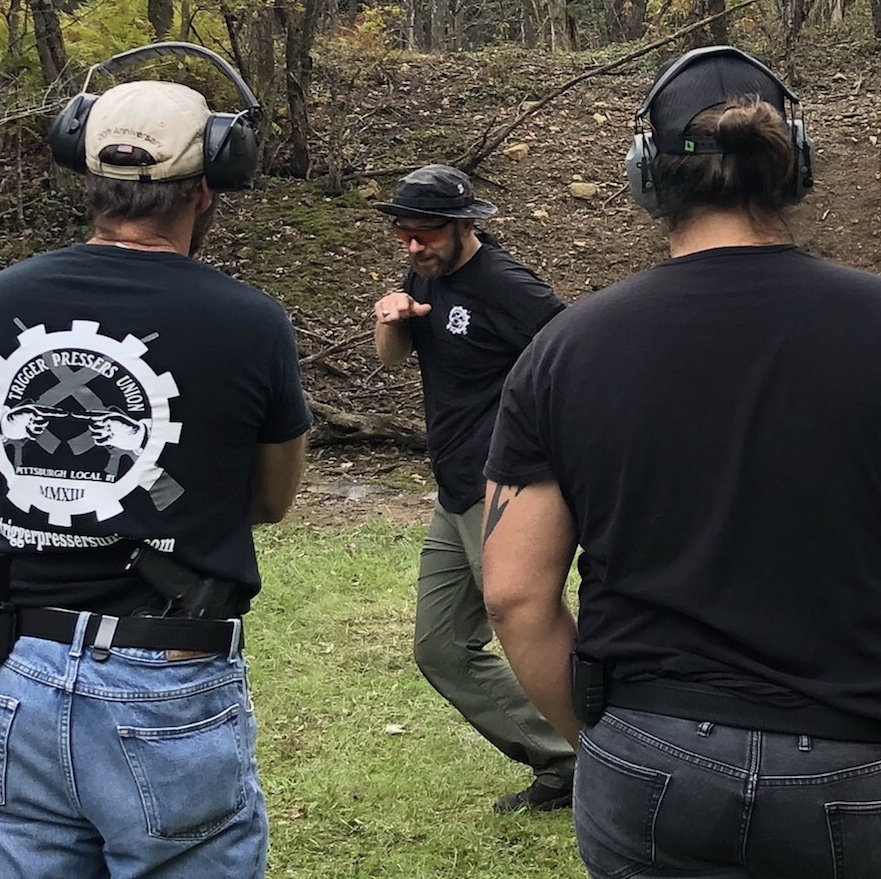 In defensive training, we talk about concepts and principles of personal or family defense against a violent criminal. These may include awareness, avoidance, and collection and processing of information so that we properly identify an attacker and have an appropriate response. The “verbiage” may change from one instructor to the next or one curriculum to the next, but the core concepts and principles remain constant.

“Through frequent and realistic training, we can learn to use the power of recognition to respond more efficiently during a dynamic critical incident.” – Rob Pincus: The Warrior Expert Theory

As “responsibly armed American-family first responders,” we practice applying these concepts and principles in training as realistically as we can, as frequently as we can, and we strive to make ourselves as efficient as possible. We visualize, prepare, drill, evaluate, and evolve our training so we will be successful if we ever need to defend ourselves or those we love against a violent attacker. 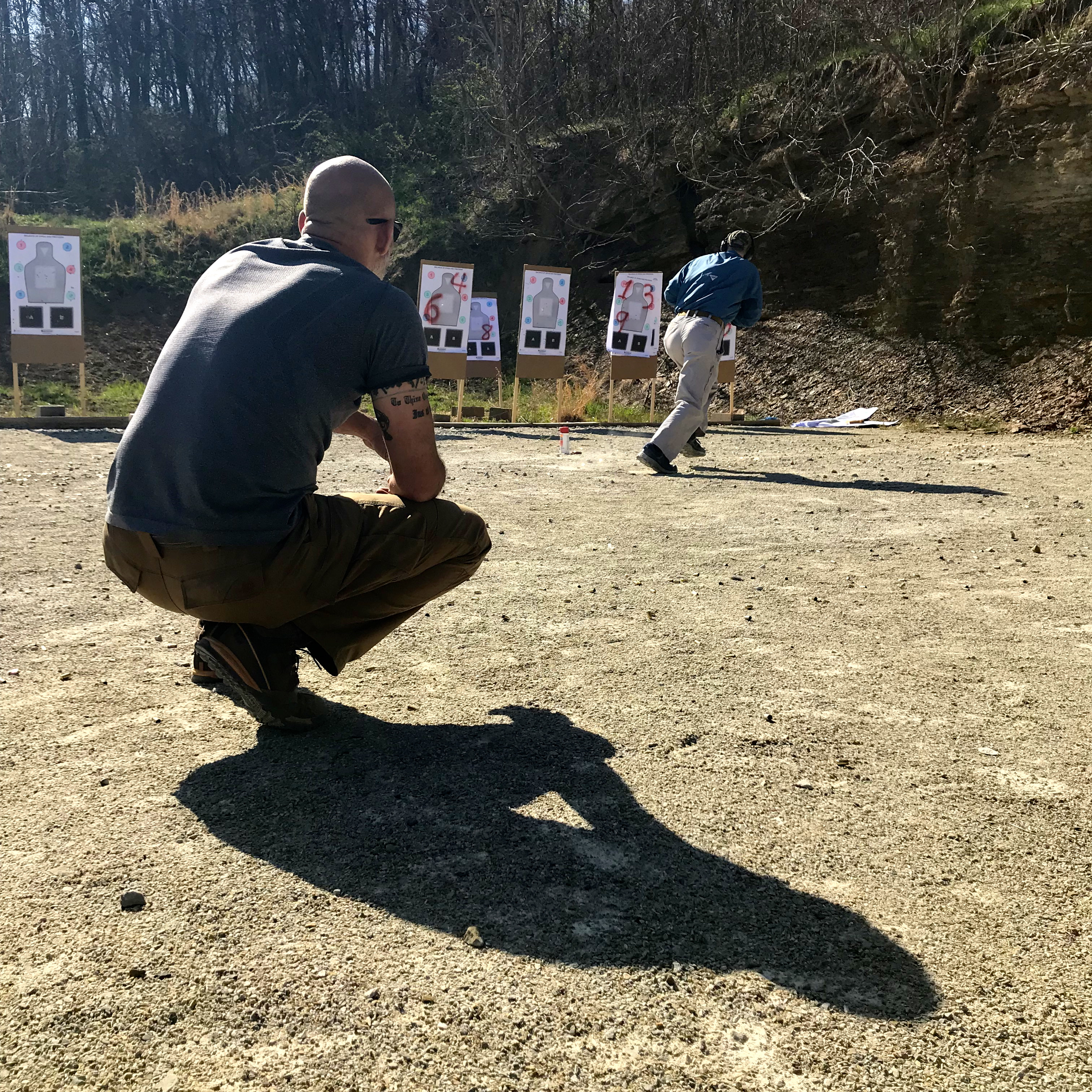 As professional defensive educators, how many of us stress the importance of defending ourselves against elected officials who assault our rights and liberties? We have a wonderful contract between the people and government in the Bill of Rights, and it guarantees our ability to use our defensive tools to defend against a violent attack.

Elected officials on the local, state, and federal levels are assaulting our rights; should that be something we also concern ourselves with? I know many of my fellow law-abiding citizens who will trip over themselves to touch the new Sig or the Gen 5, but to have them send an email, make a phone call, write a letter, show up at a rally … you get where I’m going here, right?

Owning a firearm is an “exercise” of a Constitutional right. “Exercise” is something that many of us need to do. Voting, writing letters and emails, making calls, peaceably assembling, petitioning the government for redress of grievances … all of these rights must also be exercised or the result is a government that potentially operates without consideration for us. Unfortunately, we see this more and more. 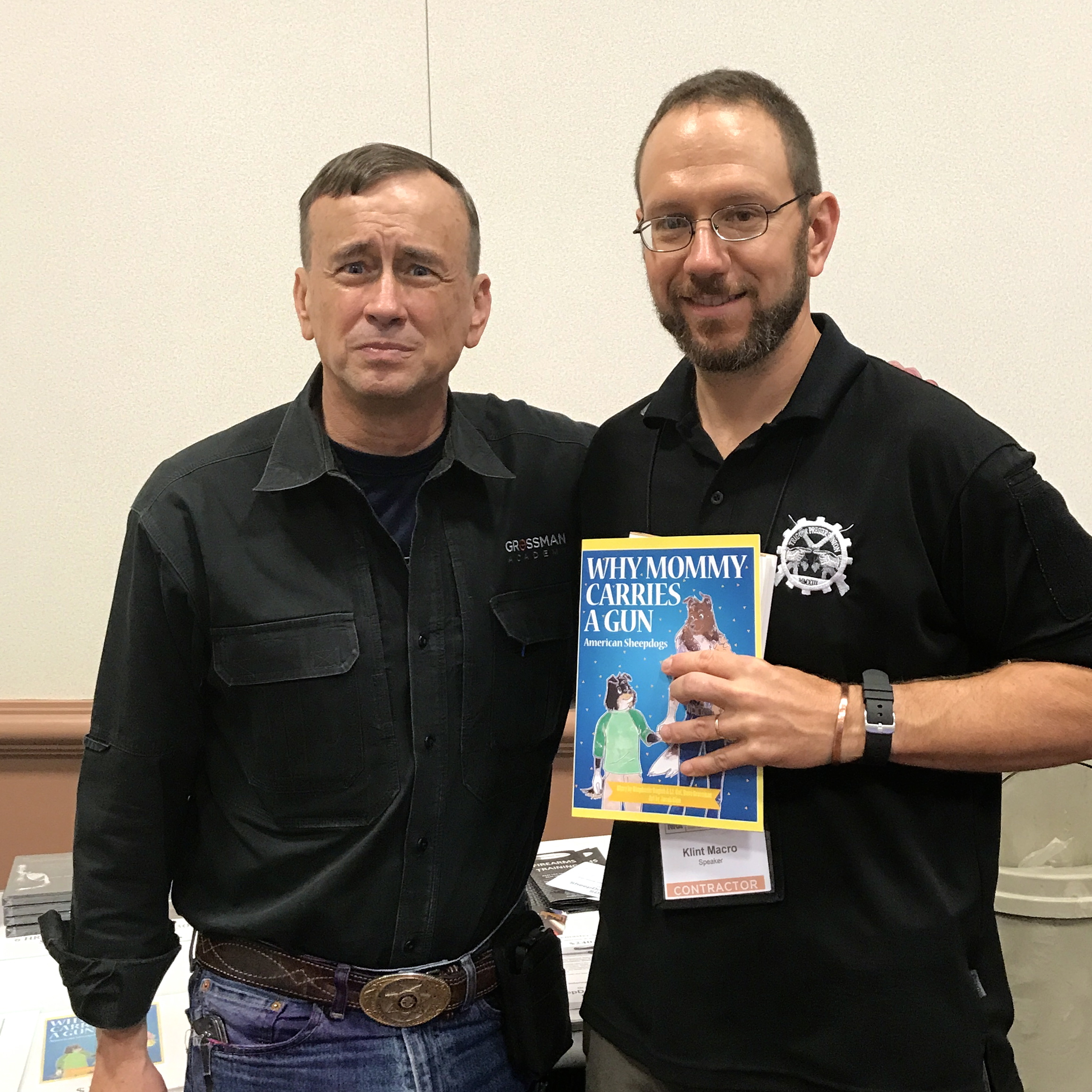 “Denial kills you twice. It kills you once, at your moment of truth when you are not physically prepared: You didn’t bring your gun; you didn’t train. Your only defense was wishful thinking. Hope is not a strategy. Denial kills you a second time because even if you do physically survive, you are psychologically shattered by fear, helplessness, horror and shame at your moment of truth.” – LTC David Grossman: Sheep, Wolves, and Sheepdogs

Denying that elected officials will actually restrict or abolish your rights and liberties could “kill you twice.” Saying, “well, that is simply unconstitutional, they can’t do that” is like saying, “criminals won’t hurt good people because murder is against the law.” All of a sudden, you find yourself in a situation you didn’t start and can’t escape. Sound familiar?

Situational awareness is the cornerstone of all defensive training. How many of your students are aware of what is going on in their city councils, state capitols, or in Washington, D.C.? Are they “Condition White” to the threats that exist against their rights? 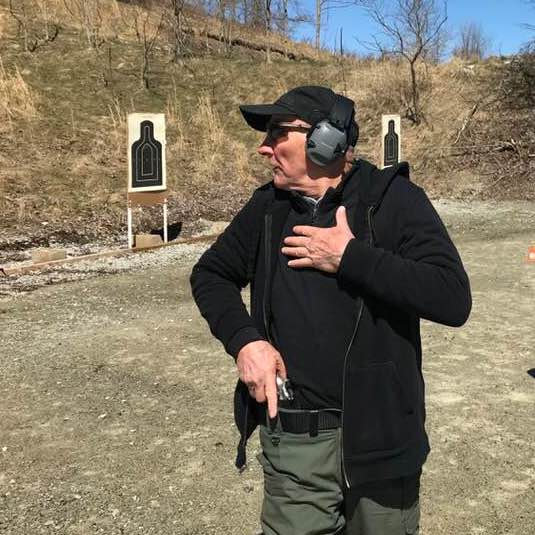 Each state has some kind of organization or “league” that is a legislative watchdog. In Pennsylvania, Firearms Owners Against Crime; in Massachusetts, Gun Owners’ Action League; in West Virginia, the West Virginia Citizen’s Defense League. These organizations do much more for our rights locally than any of the national associations.

Every gun owner or citizen who cares about protecting law-abiding citizens’ rights and liberties should join and support these organizations. Money donated to them “stays local” and does much more to protect your rights and liberties at the state and local levels than donations to national organizations. Local and statewide organizations like this inform members of potential positive and negative legislation that should be supported or opposed. They are a great way for “regular folk” to stay situationally aware.

ACTION IS FASTER THAN REACTION

Collecting and processing information is key to the survival of our liberty, and if we can gain any level of anticipation, perhaps we will be able to act instead of react. Paying close attention to what elected officials are doing, taking time to meet with them and educate them on the issues, and reminding them that we are paying attention may help us avoid an elected-official-induced liberty assault. 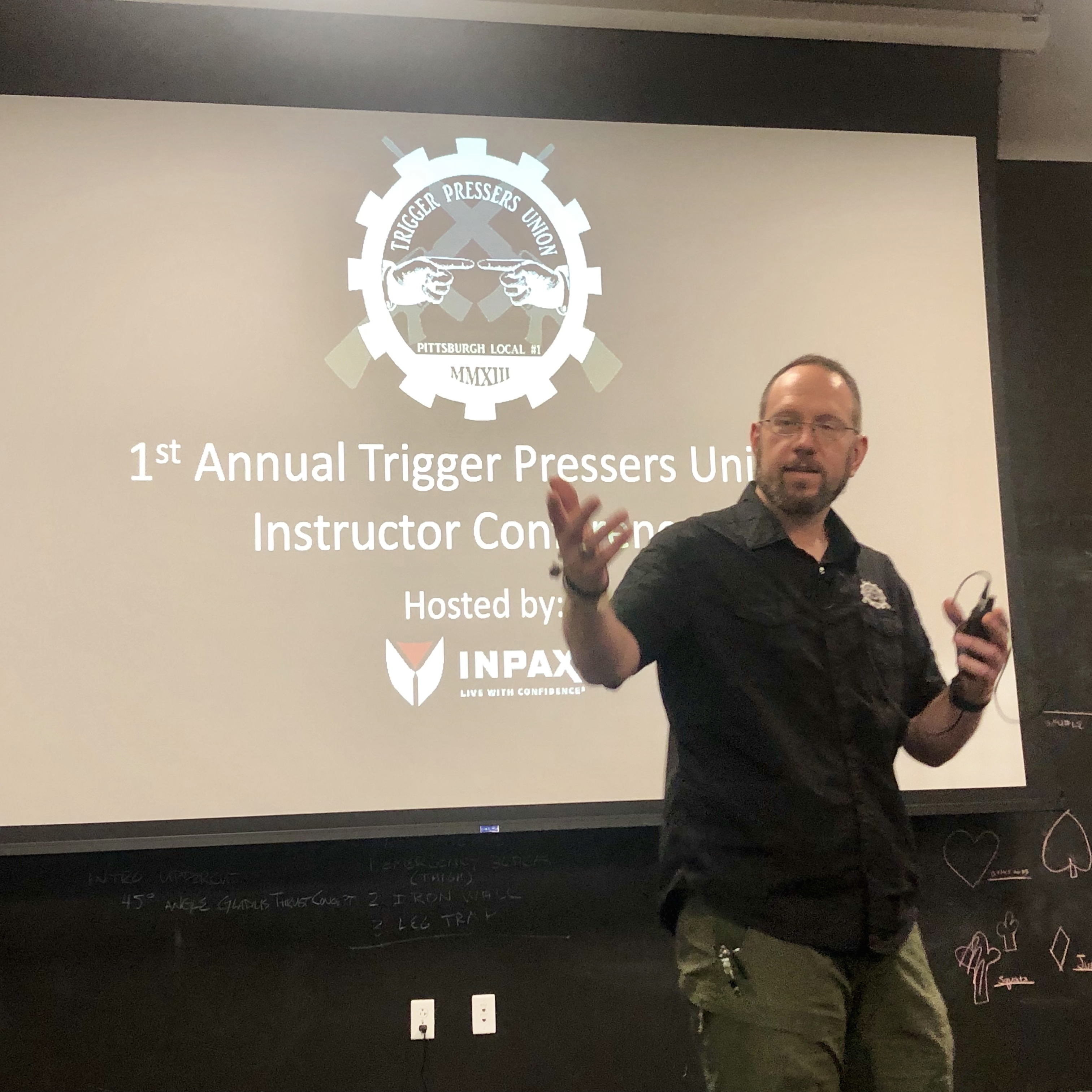 Issuing a verbal challenge may be a way for a potential attacker to recognize you are not going to be an easy victim. We must use our outside voice when letting elected officials know we will not submit when they attempt to assault our rights and liberties.

Voting is one of the loudest ways to do this. Law-abiding Americans must get out and vote. In Pennsylvania in 2014, an openly “anti-gun” governor was elected. There were 3,495,866 votes cast in that election. With an estimated six million gun owners in Pennsylvania, how did this happen? Gun owners were uninformed, complacent, and did not exercise one of our most basic rights. 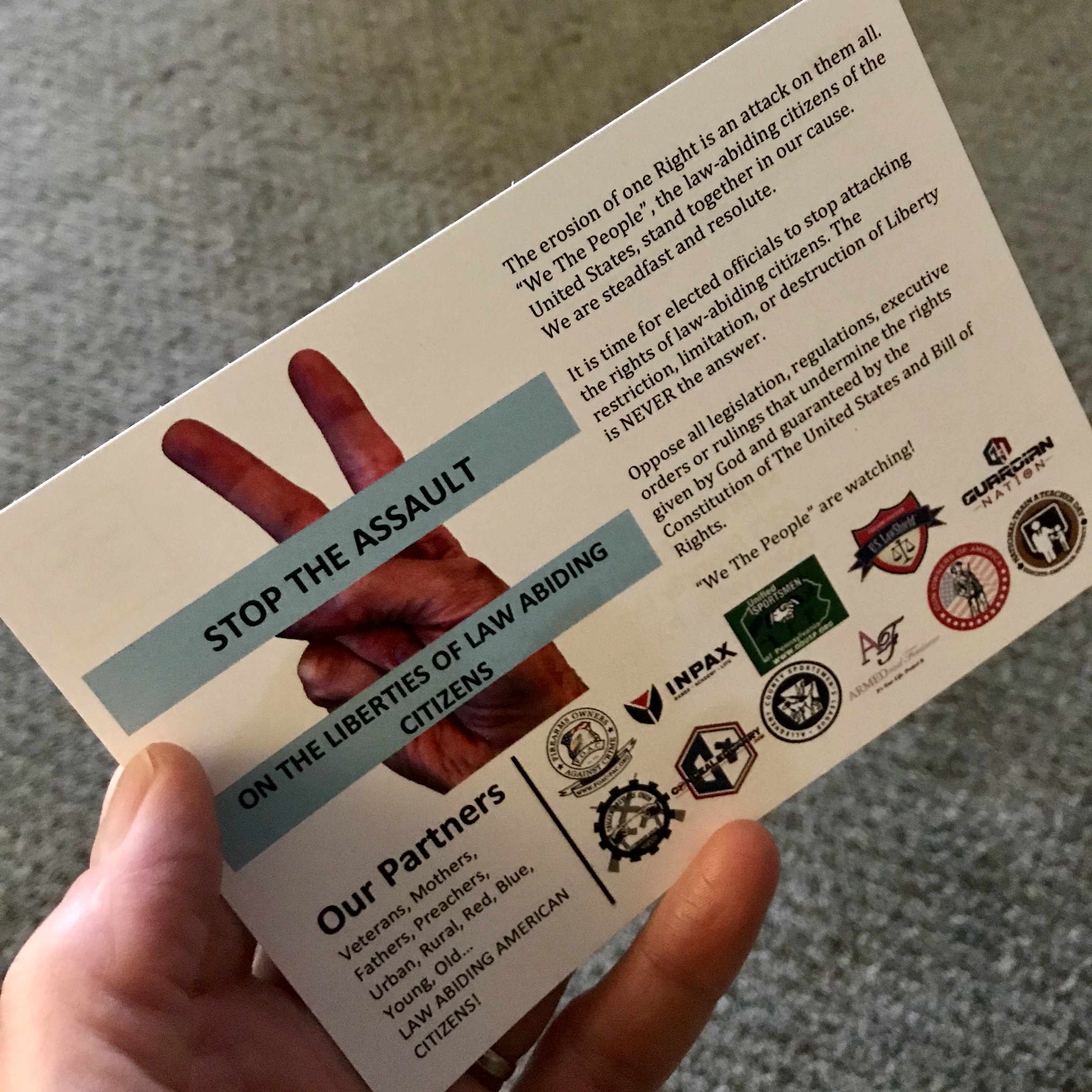 When choosing defensive ammunition, we look for the best combination of penetration and energy transfer. We should consider the same concept when choosing the delivery method of our message to an elected official. Face to face is a great way of making your opinion known. Looking someone in the eye is always the best way to speak and can really personalize the message. Most elected officials have offices locally as well as at the state capitols and in Washington, D.C. Call ahead, find out when they will be in, and make an appointment. You may catch them if you drop by, but if you make an appointment, they will be more likely to actually sit down and talk. Sending an email is a quick way to get your message across, and making a phone call is probably better for impact, but mailing a personal letter with a stamp on it is best for penetration and energy transfer.

Most elected officials use a formula or rubric when it comes to constituent communications. Emails are worth a certain value, and phone calls are worth more, but letters really deliver a punch. I once sat with an elected official who had signed on to a very anti-gun piece of legislation. He then removed his name. When asked why, he stated that 12 people wrote him voicing their dissatisfaction with his endorsement of the legislation, so he took off his name. Handwritten stamped mail is very powerful. Obviously a combination of all three plus a visit is optimal. 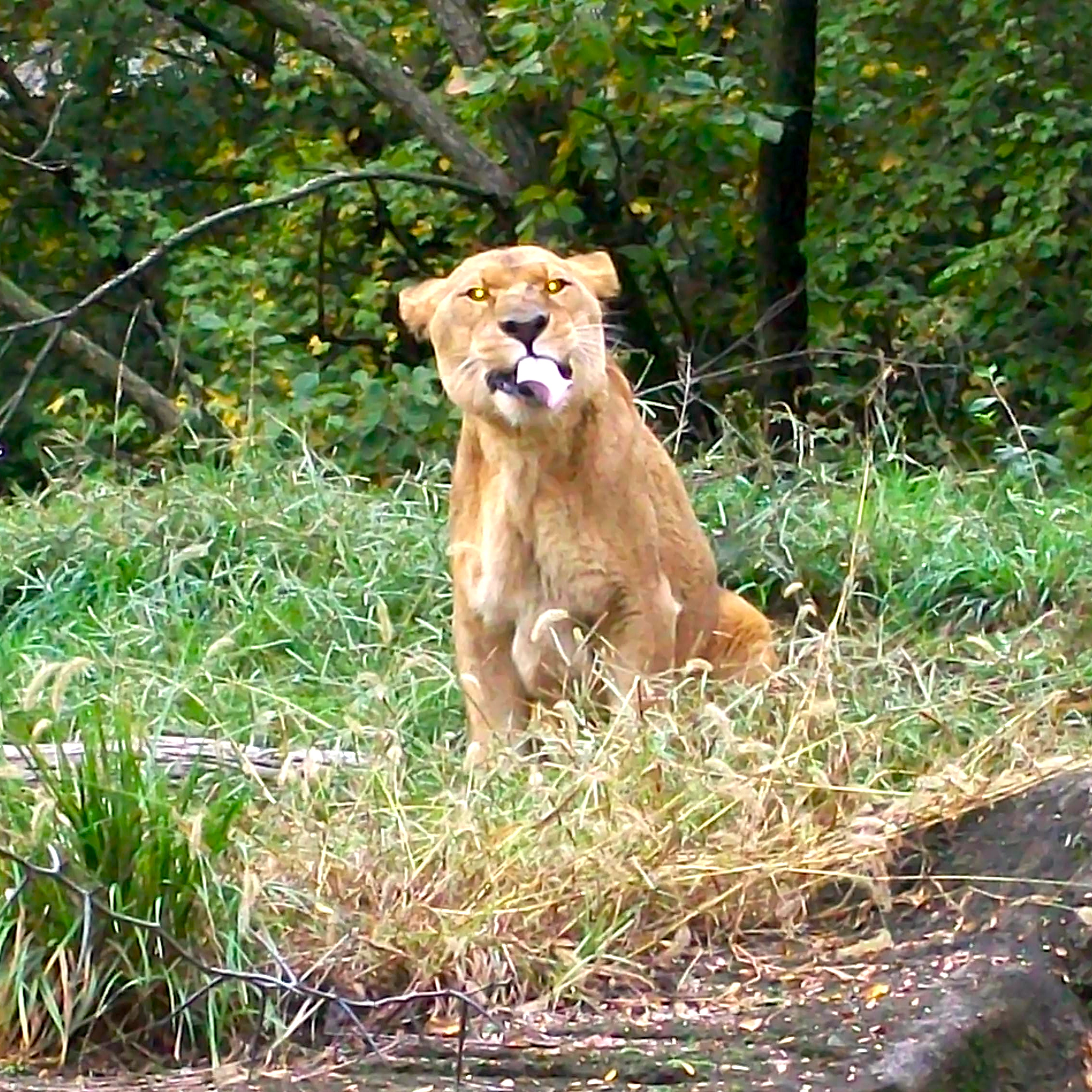 Remember, predators want an easy victim who won’t fight back and preferably with no witnesses. This sounds like closed-door meetings and last-minute “add-on” amendments to bills. Historically this has been a common practice in the halls of our legislatures … fewer witnesses! 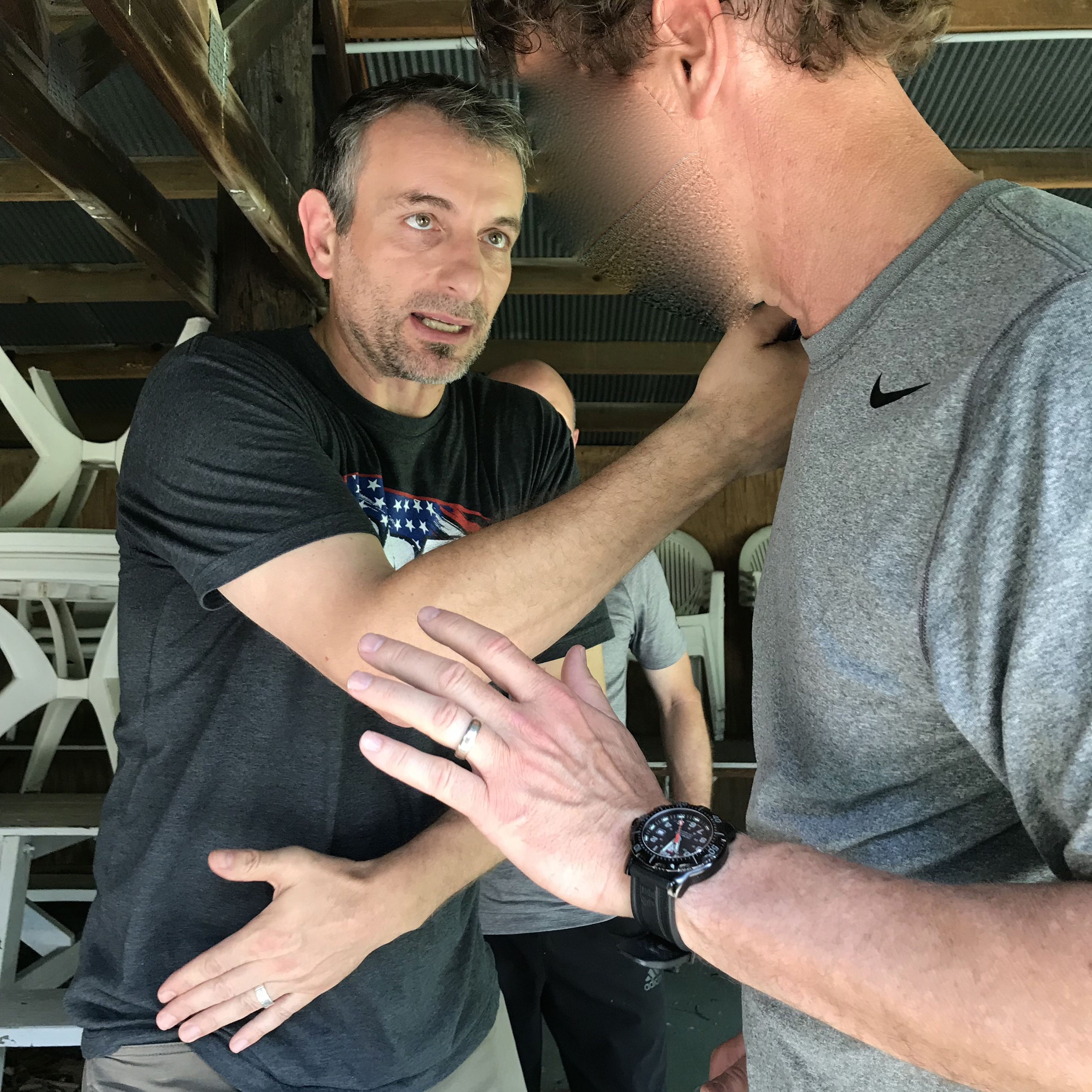 Firearm retention is a crucial aspect of defensive training. Don’t give up your firearm. This has been said by just about every defensive shooting instructor on the planet. We learn and teach techniques to keep control of our tools of self-defense against a violent criminal during a dynamic critical incident, but many make no effort to remind students of the importance of retaining our defensive tools from an elected official during a legislative liberty assault. Gun safes don’t keep your guns safe from elected officials! Right now, there is an elected official in Washington, D.C., your state capitol, or even in your local city council drafting, sponsoring, arguing, endorsing, and voting for legislation that will make the property you own illegal to own and will limit, restrict, or remove your rights to own or use it.

Support, encourage, and thank those elected officials who are actually defenders of the rights and liberties of law-abiding citizens. This is very important and may help to prevent an assault on your rights by an elected official. Your biggest ally in the halls of government may not be your representative. Consult your local pro-liberty organization to find out which elected officials are true defenders of the Constitution. Contact these folks and ask them, “What can I do to help you educate and persuade others in government to turn to the light of liberty?” They know who has the most influence politically, who can bring bills to the floor, and who can help kill them before they see the light of day. A coordinated defense is much more efficient! 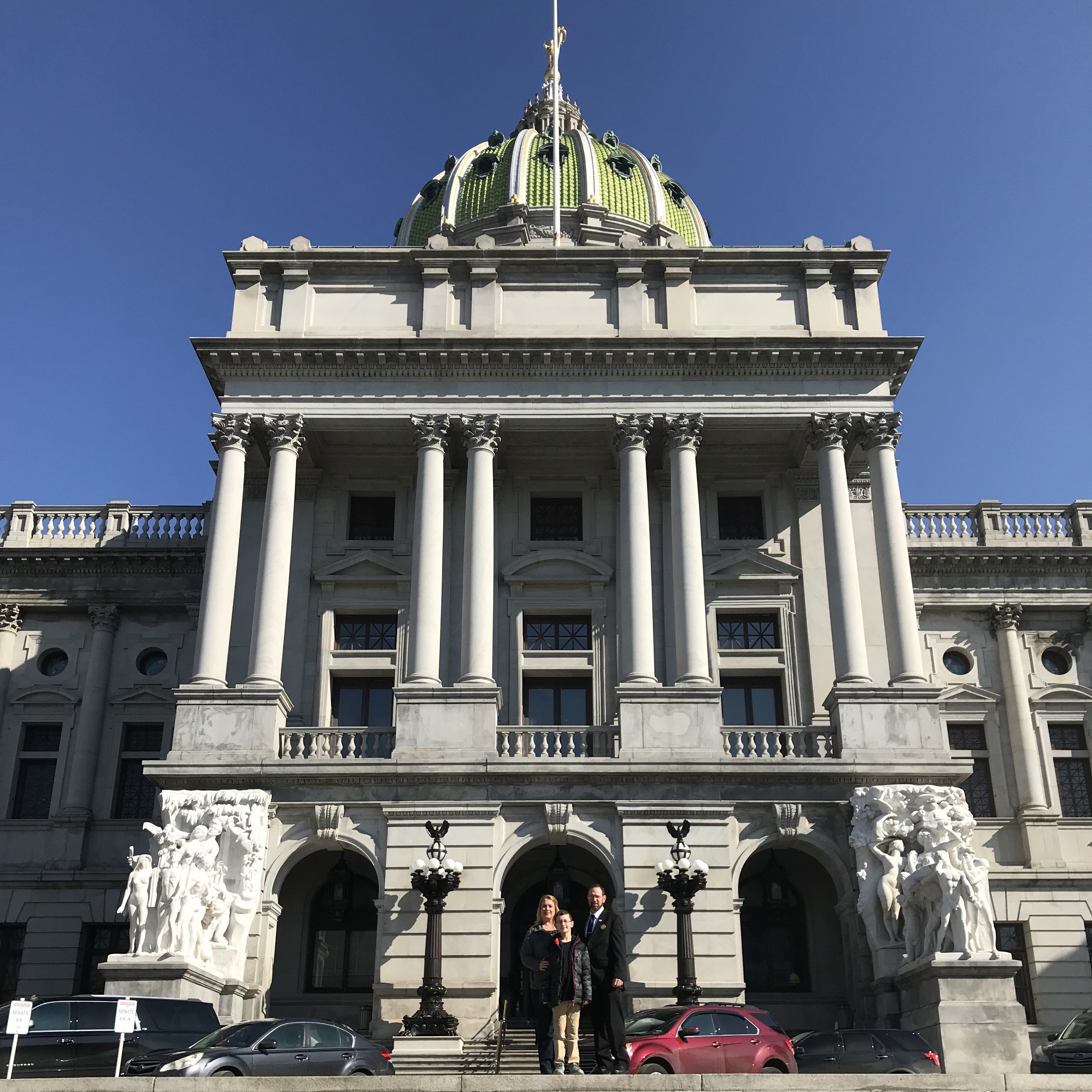 THE FOURTH CHECK AND BALANCE

Being a “responsibly armed American-family first responder” requires us to be “well regulated” with our particular tools of self-defense, but we must also be prepared to face, accept, and survive the financial, legal, emotional, and moral aftermaths that will most likely come if we are ever involved in a dynamic critical incident. Dismissing the possibility of contemporary elected officials limiting, restricting, or abolishing our ability to defend ourselves and those we love, or banning the tools by which we choose to do that, is as short sighted as denying that evil people do bad things to good people.

Become informed and educated as to how government works, how legislation is written and passed, and what elected officials can and cannot do in regard to the powers of their governance. This government “of the people, by the people, and for the people” is not set up so that the law-abiding citizens serve the government … it is the other way around. A well-educated and informed citizenry promotes adherence to the framework by which this country was built. An educated and armed citizenry is the fourth check and balance in our constitutional republic. It is an honorable station. Act accordingly.

25 Responses to “Defending Yourself From Criminals and Elected Officials”