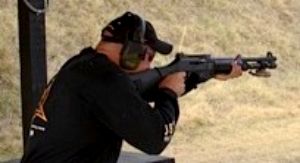 16 Responses to “Fighting with a Home Defense Shotgun”