Almost half of the people who own guns own them for defensive purposes, specifically for home defense. Numerous options exist for that role: rifles, shotguns, handguns, and of course, pistol-caliber carbines (PCCs).

The home defense PCC is a unique weapon that can fill a particular niche. I’ll talk about how, and why.

Most people are (or would be) best suited using a rifle for home defense, specifically a .223 semi-automatic rifle. But for some, such a rifle might be clumsy (i.e., difficult for them to maneuver), too heavy, or, depending upon local laws, even difficult to obtain in their state of residence. Contrasted with an AR-15 platform, the pistol-caliber carbine is admittedly a weaker option. That is a constraint imposed by the use of pistol rounds, and not one you can get around, but I believe the home defense PCC can meet many people’s needs.

Do braced pistols fit in this space? Sure, if you want. You can certainly value the short nature of a braced pistol combined with the rifle-like controls and accessory space.

What you’ll read below applies to a braced pistol as well.

WHY A HOME DEFENSE PCC? 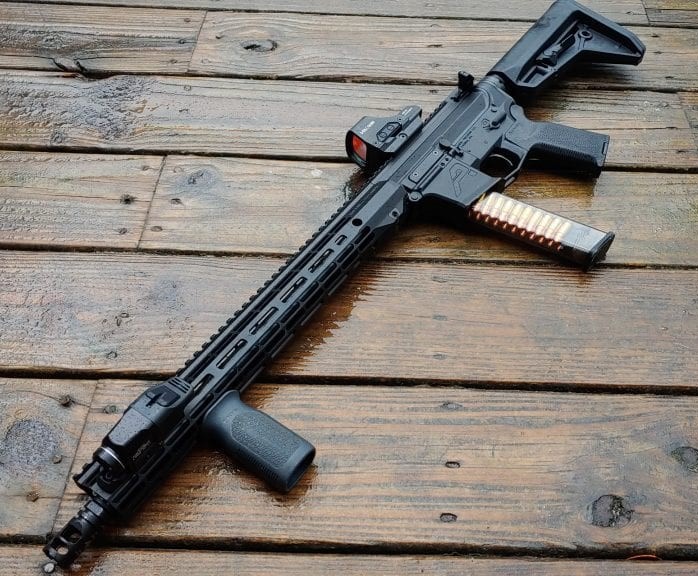 The strengths of the defensive pistol-caliber carbine place it between a handgun and a rifle. It’s inherently a bit of both. It’s not as maneuverable as a handgun or as powerful as a rifle. But it offers the same ease of handling as a rifle, with less weight.

A straight-blowback PCC has roughly the same recoil as a 5.56mm rifle, but recoil can be significantly reduced depending on the system used. Designs like the CMMG Banshee, SIG MPX, and Ruger PC, with a mix of gas-powered and delayed-blowback systems, help reduce recoil significantly.

These guns deliver less recoil than a 5.56 or straight blowback weapon.

Outside of a 300 Blackout, a pistol caliber is almost always easier to suppress than a proper rifle caliber. Handgun suppressors can be smaller and lighter, deliver excellent performance, and preserve your hearing. 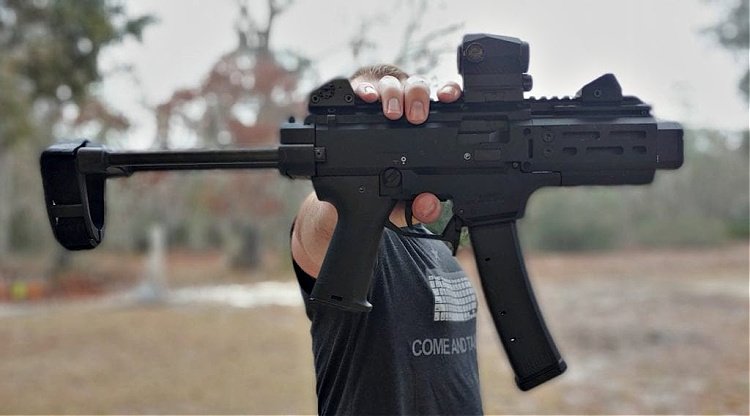 CZ Scorpion series comes in various configurations, including this model known as the Micro. Photo: author

Lastly, ammo is cheaper. A guy or gal wielding a home defense PCC can get more training at a lower price than those shooting a rifle. It’s a small win, but worth noting.

SET UP A HOME DEFENSE PCC

How exactly do you put together a home defense PCC? Much like the rifle, the PCC can be set up with most modern accessories and tools. For a home defense scenario, try to preserve the PCC’s strengths while addressing its downsides. Here are some accessories to consider.

You need a white light for a home defense long gun so you can easily identify a threat regardless of the lighting conditions. A good white light can distract an opponent and give you a one-second head start as well. 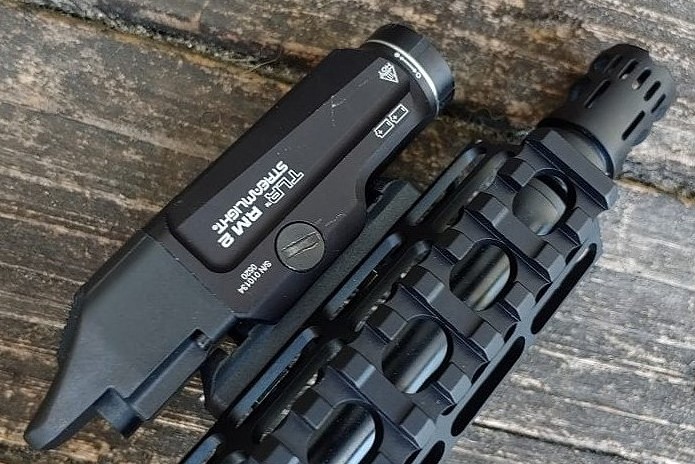 White lights come in several sizes and power levels, but you want to keep your firearm light and take advantage of the PCC’s lightweight nature. As such, I’d stick to something like the Streamlight TLR RM2, which weighs less than five ounces and hits ‘em with 1,000 lumens and 10,000 candela. This combination provides enough light for indoor threats yet remains lightweight.

Indoors, the rifle optic doesn’t need magnification, but a good red dot is a natural optic for a home defense PCC. A little red dot provides a reactive reticle that’s easy to use and can be seen in all light conditions.

You want a quality red dot that’s also lightweight. Most would lean toward a pistol optic, but I’d stay away from open-emitter optics on rifles. If you want an optic that small, choose something like the Holosun HE509T with an enclosed emitter. 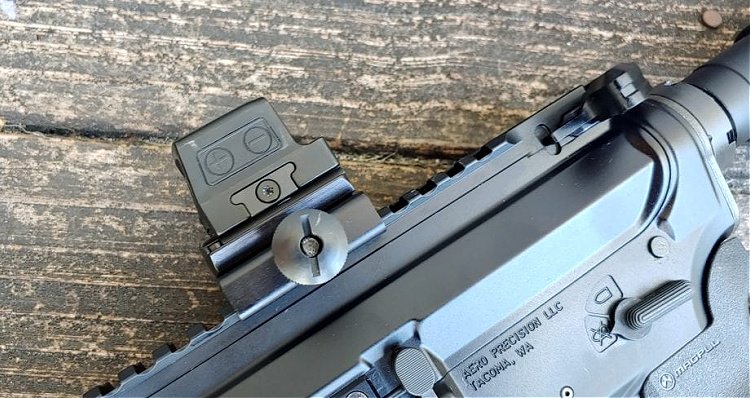 Red dots as small as the Holosun HE509T offer plenty of optic for the home defense PCC. Photo: author

There are more choices along the price spectrum, too. If you want a reliable budget option, the Holosun HS403B is a compact and lightweight red dot that features a traditional enclosed emitter.

A pro-grade option is the SIG Sauer Romeo4T. This 3.4-ounce optic provides a bomb-proof optic that’s approved and used by military and law enforcement agencies worldwide. 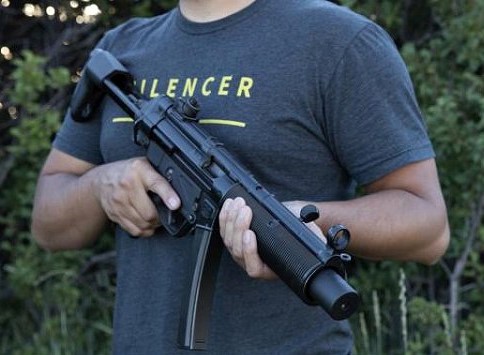 To me, the primary advantage of a home defense PCC is the ability to add a suppressor. A suppressor teamed up with modern subsonic ammunition means a gun that’s less likely to damage your hearing when used indoors. Suppressors add length and weight to the gun but are very much worth it.

Suppressors are tricky to purchase, and some states outright ban them. Consequently, I’ve become a big fan of the new VG6 Precision compensator. These are specifically made for PCCs and do a wonderful job of making a very controllable weapon more controllable. 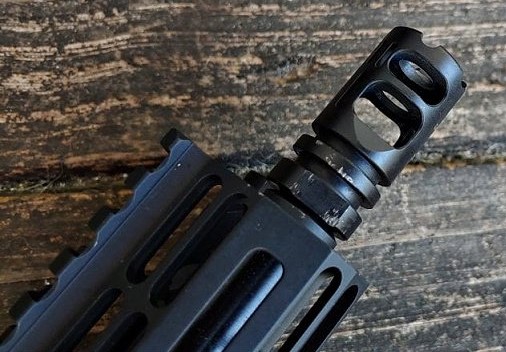 A suppressor would be optimal, but a compensator like this one from VG6 Precision is a good alternative. Photo: author

Speaking of follow-up shots, the more rounds you have, the better. I’d choose a PCC with the option for a magazine of at least 30 rounds. Most of them do, with very few having less than that. Even PCCs that take pistol mags typically have extended magazine options. I lean toward Magpul’s 35-round Scorpion mags, or even their 50-round drum (q.v.). 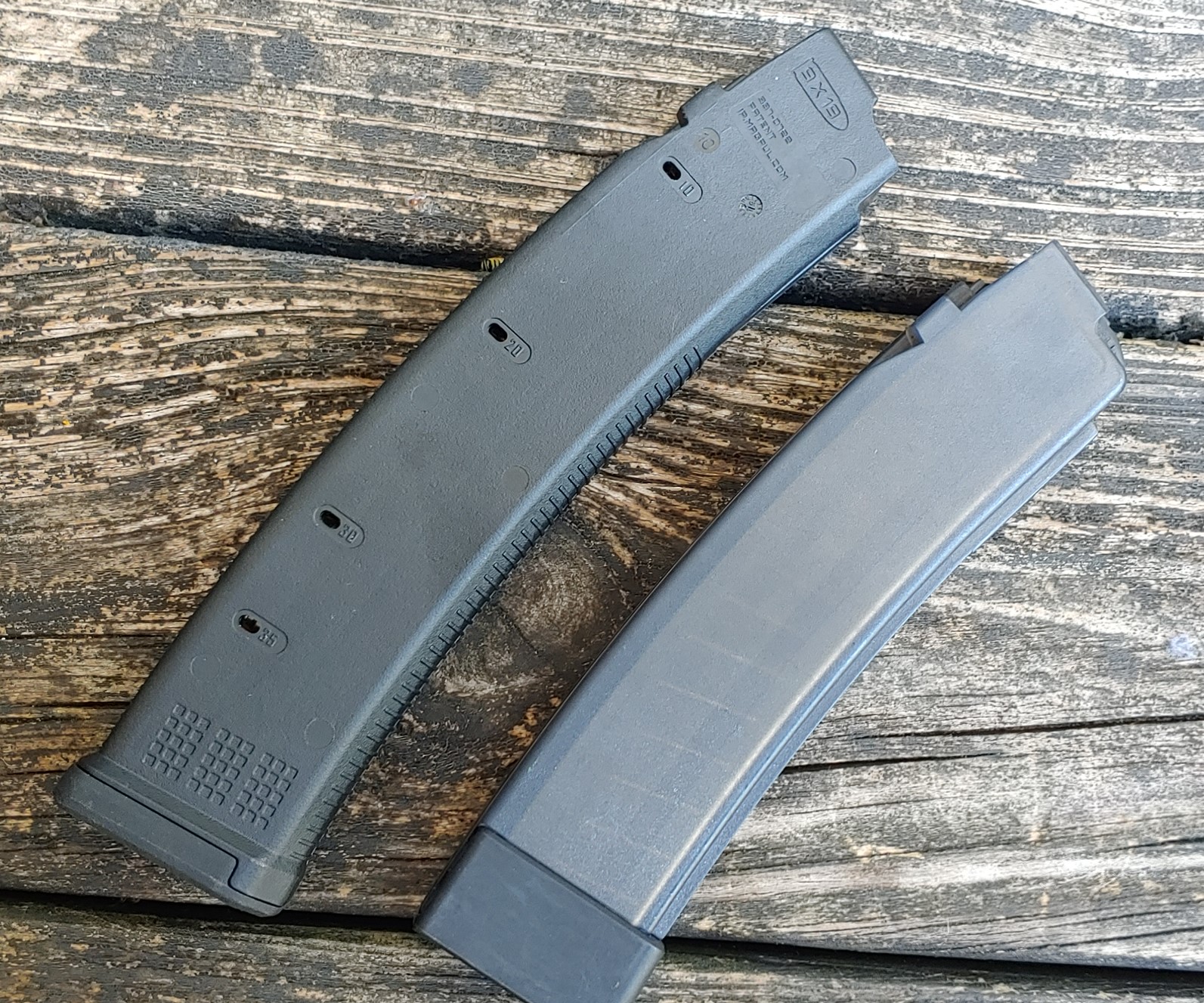 With PCCs, more rounds are most assuredly better. Photo: author

If possible, look to acquire magazine couplers for an instant reload should things go that bad. A magazine coupler lets you attach two magazines together. Then the reload is on your rifle at all times, and when something goes bump in the night, you can bump back twice as hard.

Also, choose quality magazines. Don’t skimp on your defensive magazines. Feel free to purchase el cheapos for training, but always save a couple of good ones for home defense purposes and keep them loaded with a good defensive round. That brings us to…

When choosing ammo for your home defense PCC, go heavy. Pistol rounds are made specifically for short barrels. Lighter, higher-velocity defensive ammunition may not perform as well from a longer barrel because the longer barrel often adds more velocity. When a round designed for a short pistol barrel travels with the increased velocity from a longer barrel, it can fail to penetrate deeply enough before it begins to expand.

Without proper penetration, the expansion doesn’t much matter, and the round might not reach the vital point to stop the threat. The expansion also tends to be irregular and more fractured from rounds designed for pistols when fired from rifles. 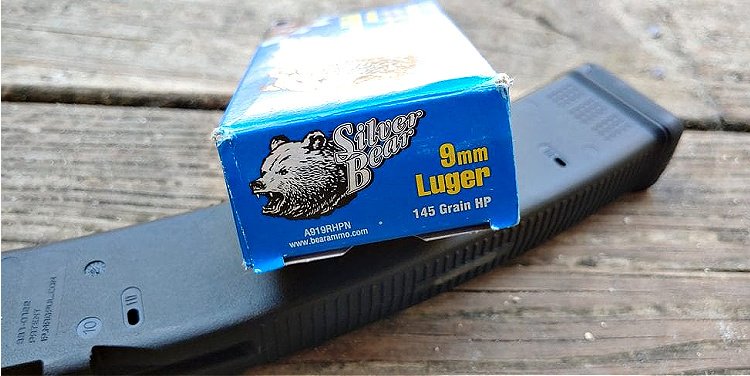 A heavier-than-average projectile tends to perform better from a longer barrel once it reaches a soft target. These are often subsonic loads with most calibers. For example, one of the best off-the-shelf rounds for a 9mm PCC is a 147-grain JHP. These heavier rounds won’t reach much higher velocities from a longer barrel and will still perform as designed.

THE HOME DEFENSE PCC AND YOU

A good home defense PCC will keep the most determined two-legged vermin at bay.

Like every other weapon out there, it doesn’t matter how many accessories you bolt on if you don’t know how to use the dang thing. Get out there, get some training, and learn to do more than most gnarly shots on the ‘gram.

Training can go a long way in helping you navigate how to use your PCC and how to overcome its weaknesses.

16 Responses to “Home Defense Pistol-Caliber Carbine: Set Up for Success”