Getting shot is a bad thing. We can all agree on that. The trick is how not to get shot. Here are the ten secrets of not getting shot. 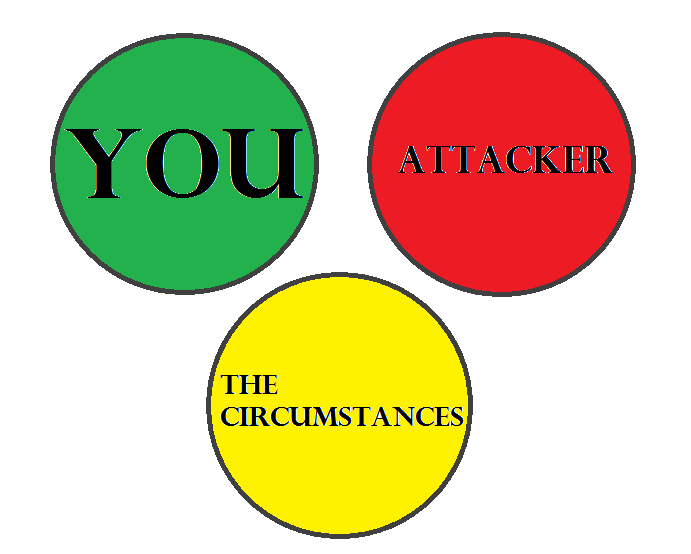 The elements of being in the wrong place at the wrong time.

1. Don’t Get Into a Situation Where You May Be Shot.

This is not always possible, but it is possible for many situations. There are three elements to being at the wrong place at the wrong time. The chart shows the mix of these elements and how to avoid being “there.” Those elements are You, the Circumstances, and the Attacker.

7 Responses to “How to Not Get Shot: The Ten Secrets of Shot Avoidance”