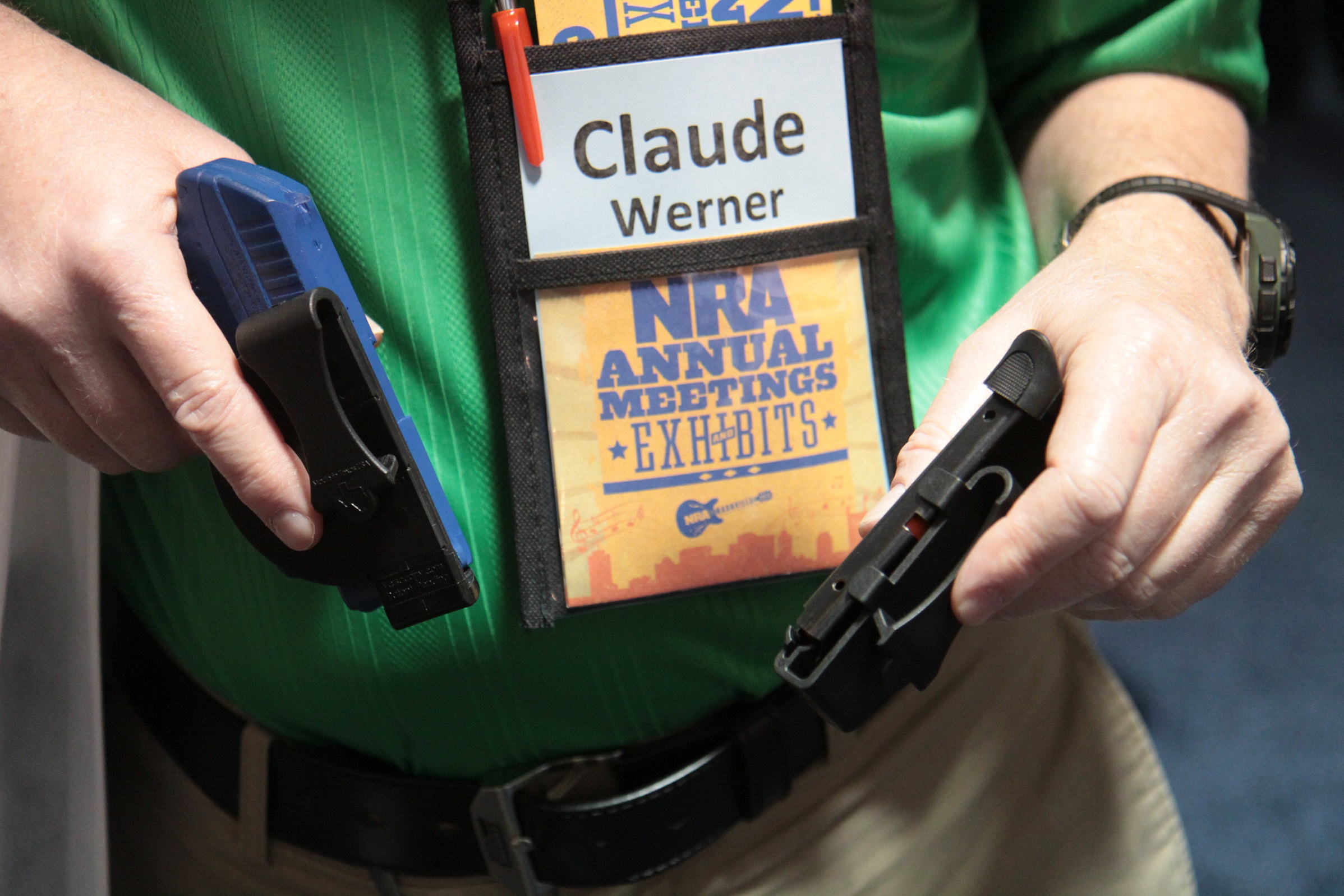 If a holster doesn’t do everything it needs to, choose another one. Photo: author

The process of personal protection usually involves several steps. Sometimes products, while clever at solving one part of the equation, don’t fit into the Big Picture very well. If a product doesn’t facilitate all the necessary steps, then the Big Picture rule isn’t met. Equipment has to be workable for all phases. Two holsters that missed the Big Picture were seen at the 2015 NRA Annual Meeting.

In both cases, these products attempted to address part of the process of carrying a pistol for personal protection but didn’t facilitate the entire process. At a minimum, carrying a pistol requires the holster to:

While both try to address parts of the carry process, other parts are not handled well or are ignored. The ability to re-secure the pistol after deploying it is compromised in both. The Phalanx also doesn’t work well as an unobtrusive carry method.

According to the manufacturer, the VersaCarry has to be re-holstered in an “area of safety.” The reason is because the holster requires two hands to place the pistol in the holster and then secure in the waistband. The Phalanx Condition 3 requires the round to be removed from the chamber before re-holstering. While this theoretically could be done one-handed, doing so is hazardous and requires a potential loss of one’s magazine, which would have to be ejected, and armed capability.

The one-handed re-holstering issue also extends to some holsters on the market that only cover the trigger guard. The manufacturers advise against attempting to re-holster the weapon while it is in your clothing, which necessitates a two-handed re-holstering process. The ones that pull out on a string might conceivably be re-holstered one-handed, but it would take a very clever and skilled person to do it. For the rest of us, it’s not advisable.

Consider the issue if the pistol had to be drawn while carrying a child in a parking lot en route to one’s vehicle. For an armed citizen, this is not an unlikely possibility. Several post-confrontation prospects exist, even if no shots are fired.

Any of these options is problematic if the pistol cannot be re-holstered with one hand. The first two require the child to be put down before other necessary implements, such as cell phone or keys, can be accessed. The third and fourth would necessitate moving through the parking lot with pistol in hand to the building or area. Then going into an occupied building with pistol in hand would probably draw unwanted attention and create concern.

Should the police happen to arrive quickly, the situation becomes even worse. The armed citizen is placed in the position of holding both a child and a pistol while being confronted by police officers, who may have their guns drawn too. Nothing good is likely to come of this.

The Phalanx is also a large holster that projects from the body. The ability to conceal the holster is minimal. This isn’t an issue in open-carry states, but it projects so far from the body that wearing it would be like wearing a police duty holster. No doubt it would involve quite a bit of bumping into things. Seated, the discomfort factor would likely be high.

Both holsters fall victim to the common fallacy of considering the issue of carrying a pistol just up to the point of the confrontation. When considering a holster purchase, armed citizens need to consider the entire process from start to finish, not only up to the point of confrontation. If the holster fails any part of the process, a different choice should be made.

3 Responses to “Personal-Protection Products and the Big Picture”