The media has manipulated language to instill fear in people about guns. Here’s how we can use facts and reasoning to help educate our fellow citizens about self-defense, the Second Amendment, and personal liberty. 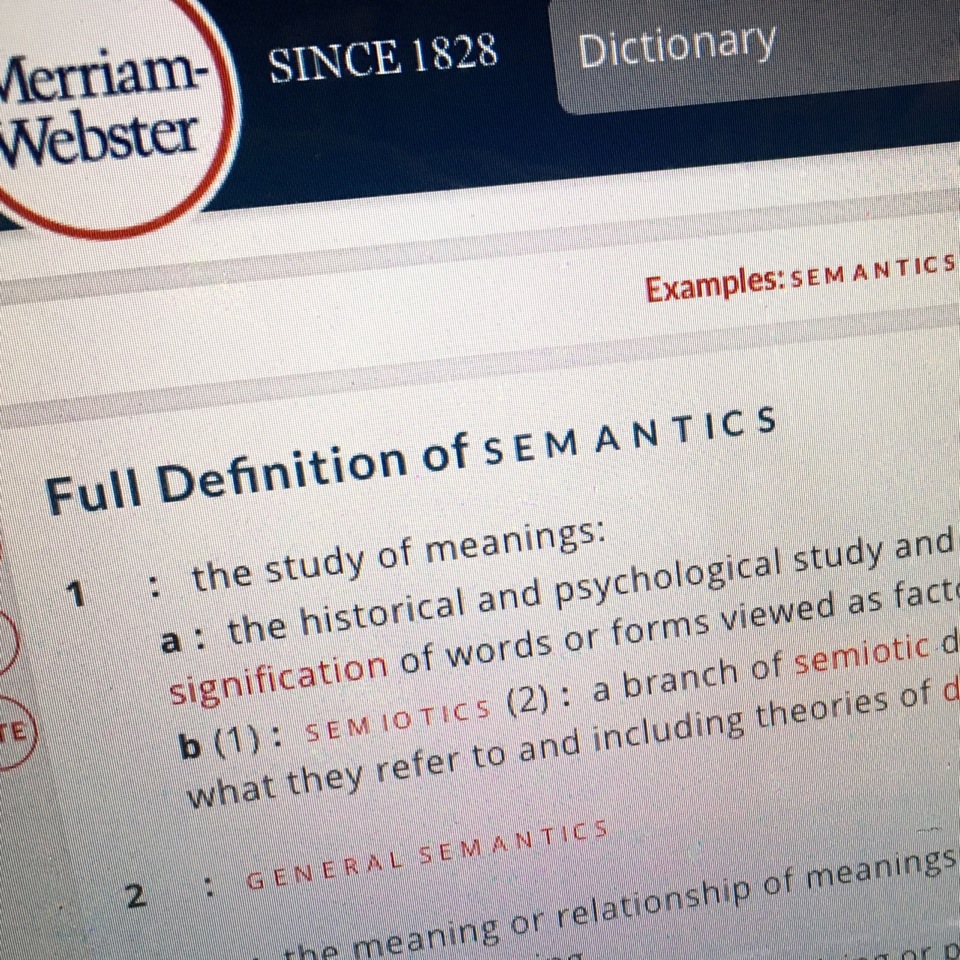 from the Merriam-Webster Dictionary

In this age of political correctness, Orwellian double-speak, and mainstream anti-liberty agendas, semantics can be an important element of any lesson or spirited pro-gun discussion. As a firearms instructor who teaches defensive concepts, practices, techniques, and basic safety, I like to take time to educate students (and instructor candidates) on the importance of being an effective ambassador for the Second Amendment by using specific words and avoiding others to help educate our fellow citizens. As responsible law-abiding gun owners, we must attempt to educate our friends, families, co-workers, and fellow citizens whenever the opportunity arises. Employing various techniques, words, and phrases will help us influence these audiences toward the side of liberty. 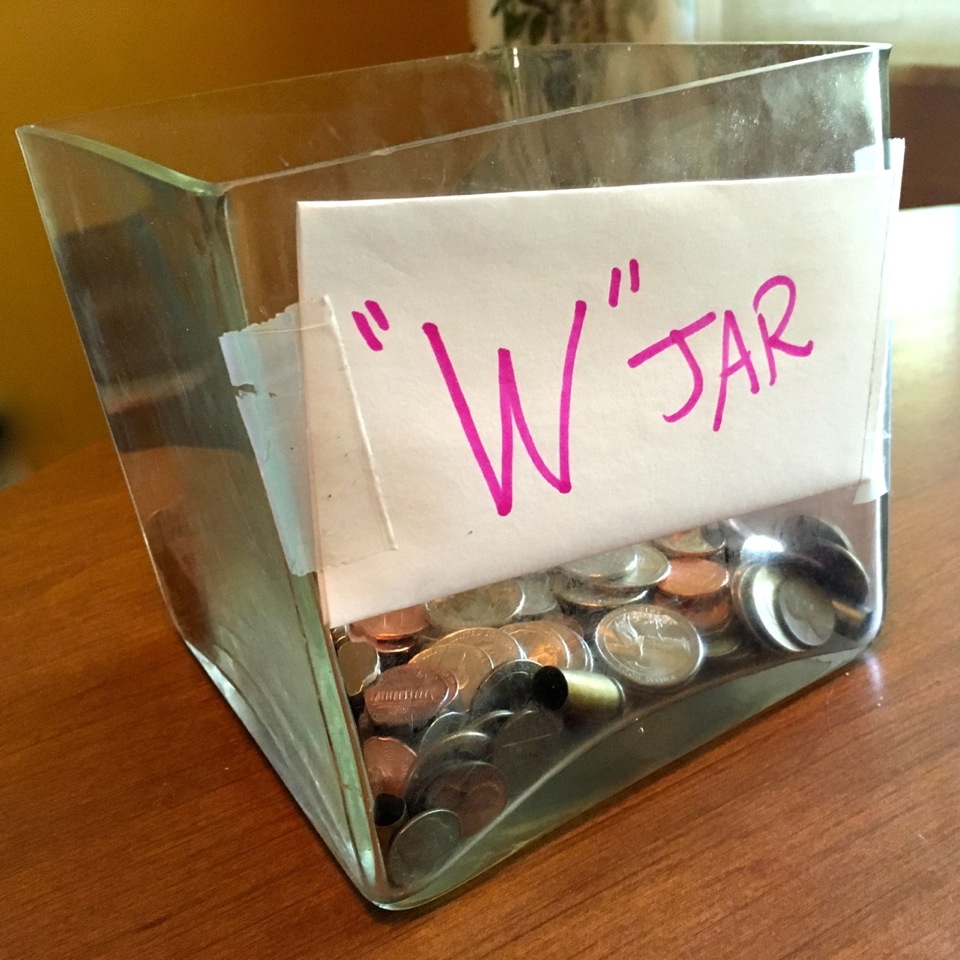 It has long been a policy of the NRA for instructors to avoid the “W” word. Weapon has a negative connotation. This policy often divides the room. A person in law enforcement or with a military background who has only ever referred to firearms as a weapon will often take the stance that the policy is founded in political correctness. This too was my initial opinion, but after having “gun” discussions with many non-gun folks and training civilians new to firearms, I see exactly where the NRA is coming from with this policy and believe that they are right on.

I have spent many years in the music and film industries. I can say with relative authority there are certain words, phrases, sounds, contrasts, and colors that are purposefully used to evoke a feeling or emotion within all media. Those of you in the intelligence community may recognize this concept as psy-ops. “Weapon” is one example of a trigger word (if you will pardon the not-so-clever pun) used in media to evoke a sense of discomfort. People are trained by TV, films, and other media to feel a sense of danger when they hear the word “weapon.”

After all, during the Zimmerman case, it was argued that Martin “weaponized” the concrete. Now that was some impressive wordsmithing! These trigger words cue a learned fear or even physical response. Ask any LE officer what they would do if they were on a routine traffic stop and heard someone say “gun.” Needless to say, the operator of that vehicle will have a much longer day. This is one example of semantics.

I like to refer to my carry firearm as my “particular tool of self-defense.” Although a bit wordy, it puts my firearm into a much more positive context. It is a tool I have if I ever need to defend my child or my wife or my child’s daddy (me). I carry it responsibly, keep it concealed, and folks only know about it if I decide to bring it up. As responsible law-abiding gun owners, we need to frame all that we say and do gun-wise in a positive context. I truly believe this will help educate our fellow citizens. Whereas the LE officer or military service person may use a weapon to fight the enemy or stop the criminal, or a criminal uses a weapon to harm innocent victims, civilians use our tools to defend our families.

Looking at the pro-gun/anti-gun populations, we can surmise that the majority of folks in the middle don’t really care either way as long as they are not directly and negatively affected by the pro or anti sides. Ironically, a very small percentage of the population — the radical anti-gunner — would bash you with a baseball bat because you own a firearm. Another small percentage of the population would proudly go to prison so you could buy .22 ammo at Wally World — the selfless Second Amendment activist. The great majority of folks are floating around in between. Many are uneducated about guns and vulnerable to anti-gun propaganda. If we step up our professionalism and articulate our beliefs in a positive and confident way, we can surely win over the “maybe-antis” or sway the “maybe-pros.” 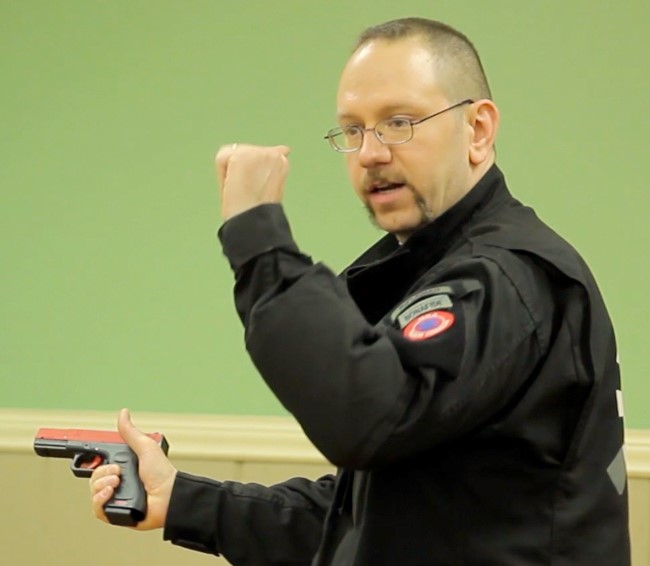 Civilian personal-defense firearms instruction and training must always be in the context of safety and defense. “Joe Yucca-Puck’s Kill ’em all, let God sort ’em out” courses marketed to civilians do not help the cause of educating our citizenry. In many instances, these courses turn the “maybes” to the dark side, as well as being ethically and professionally irresponsible. We are law-abiding citizens who are prepared to use deadly force only when we have no other option – when the threat of death or grave bodily harm (or in Pennsylvania, kidnapping and/or rape) is imminent and we cannot safely retreat or escape.

When seconds count, help (police) is minutes away. This hard fact of life is why we take on this responsibility to defend the ones we love. If we can implement plans that buy the police those minutes, so much the better. Defensive mindset, situational awareness, and conflict avoidance must be stressed along with gun-fighting skills. We shoot to stop an attack and to save our life and the lives of our family members. We do everything we can to avoid deploying the gun in the first place. This narrative must be reinforced at all times, especially when talking to that guy at the grocery store who noticed the instructor patch you left on your hat.

Facts and data are certainly on our side. You can quote all kinds of FBI Uniform Crime Report data, or whatever study you want. This is good for reinforcing a point but not necessarily good for selling one. Numbers help, but emotion seals the deal. Allow me to give you an example.

Fact: FBI Uniform Crime Report data supports that more citizens were killed last year by hammers and clubs than by rifles, including AR-platform rifles. Although this is true data, it seems ridiculous to someone who only gets the 30-second sound bites from the media. Most reasonable folks would say to themselves, “If that’s the case, why isn’t Senator Feinstein pushing for an assault hammer ban?”

Most folks don’t know or understand what the AR platform is. They only know them as assault rifles or black rifles. Color breeds emotion: black death, black arts, black Tuesday, black ops, black mamba, black market … black has a negative connotation. Why? Black is simply a color, right? However, the black rifle designation is perpetuated by the media. Just one more example of the wordplay that occurs.

Talk about what you know. Be level headed, factual, and passionate. Personalize your argument. I am armed because I love my family and I have accepted the responsibility to protect my family. Love lifts us up where we belong! All you need is love! Who can argue with love? Make the correlation like this: you love your family … you feed your family, you take care of your family, I am sure you too would do anything you could to protect your family, and God bless you for that. This is why I carry a firearm. 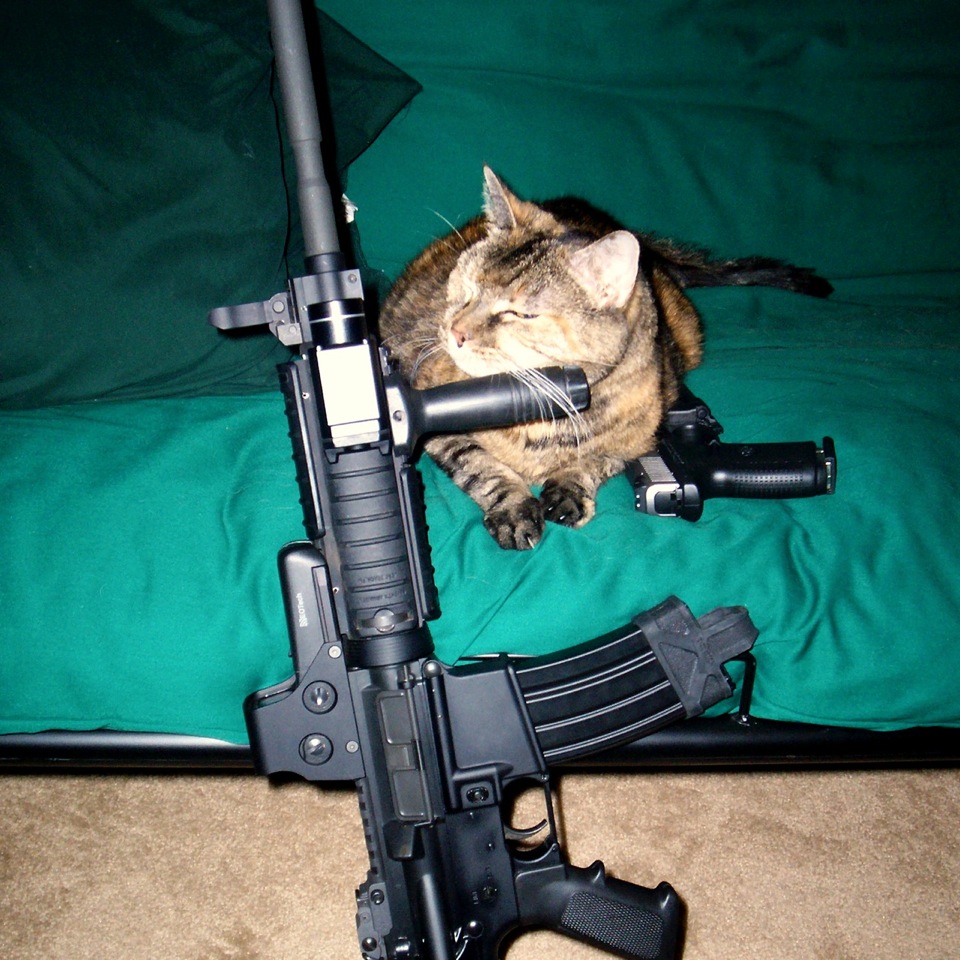 The term “assault” in conjunction with the AR has always been a very useful bit of disinformation for anti-gunners. Of course the term “assault rifle” is a manufactured negative term to evoke a sense of discomfort and uneasiness … semantics. In reality, assault rifle is the English translation of the World War II German Sturmgewehr (StG44). Ironically, the rifle was said to have been named Sturmgewehr by Adolf Hitler himself for propaganda reasons.

The most recent incarnation of the assault-rifle moniker is that of “military-style assault rifle.” We hear this one all over the news today in the context of despicably evil acts. It is my opinion that this new title is evidence of the anti-military sentiment of the last eight-plus years within the media. What better way to demonize a group than to lump them into an established negative term? Ever hear the phrase “militarized police”?

I have successfully used liberal anti-law enforcement arguments against anti-gunners to help them embrace liberty. Many anti-gunners claim that we live in a “militarized police state.” If I can get someone to proclaim this, I can make the argument that perhaps the Founding Fathers wanted the Second Amendment guaranteed in the Bill of Rights because they too did not want a militarized police state. We as citizens of a community can help protect ourselves and one another. More responsible law-abiding well-regulated citizens could lessen the need for more police. Let the antis realize that the Second Amendment is their right too! Once folks get the “gun lust,” their love of liberty always follows. 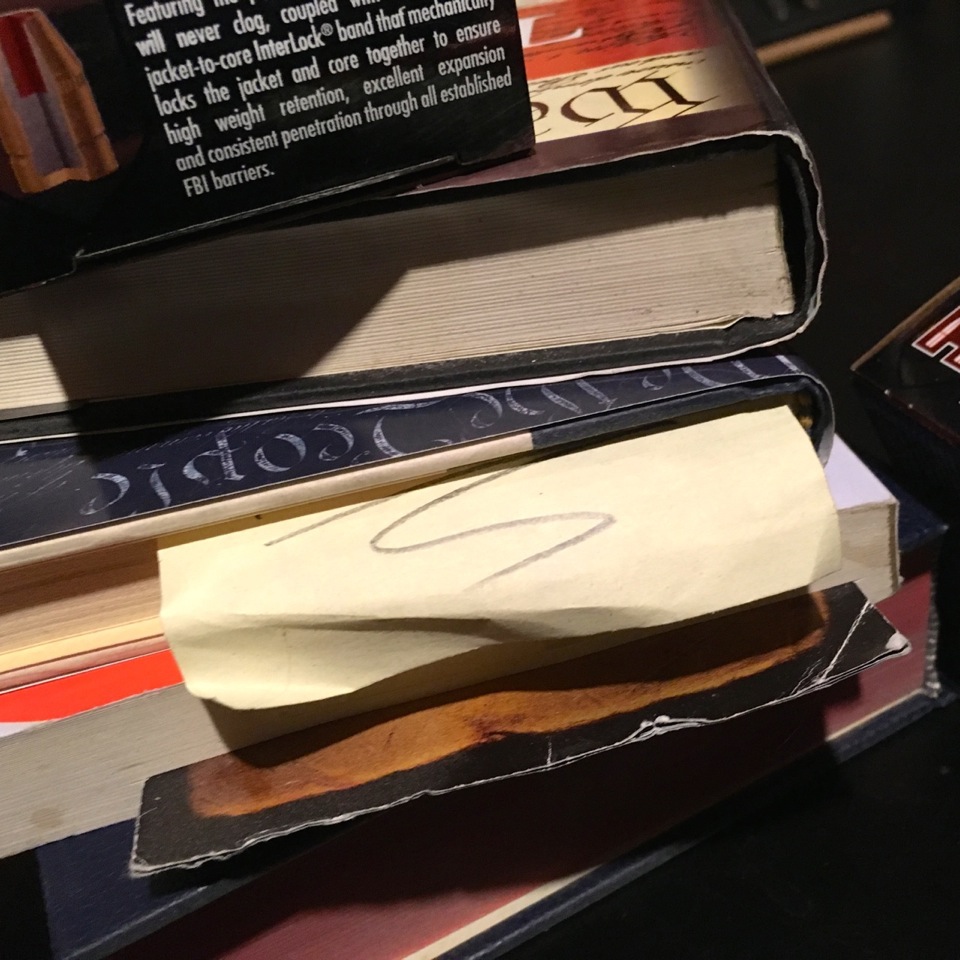 Load and Make Ready with Facts

I once engaged in a spirited debate with an anti-gunner in a crowded restaurant. I kept my cool, stuck to the facts, and personalized the argument, presenting my case in a professional manner. The other guy waved his hands, got loud, drew attention, and left the conversation just as anti-gun as when we started. I was asked by a colleague, “Why did you waste your time talking to that guy?” My response was, “Because all the people around us were listening.” I was pretty sure I was not going to sway the anti guy, although I gave it the old college try. I took advantage of the opportunity to educate the onlookers, and perhaps sway some of the potential maybe anti/maybe pro folks in the room over to the cause of liberty. Having the right information is like having the right ammunition for your gun. It is essential.

When you use facts, remember the specific words and phrases used to disseminate this information are key in how we can influence our fellow citizens toward the light of liberty. Education must not stop in the classroom or on the range.

57 Responses to “The Semantics of Civilian Firearms Education”