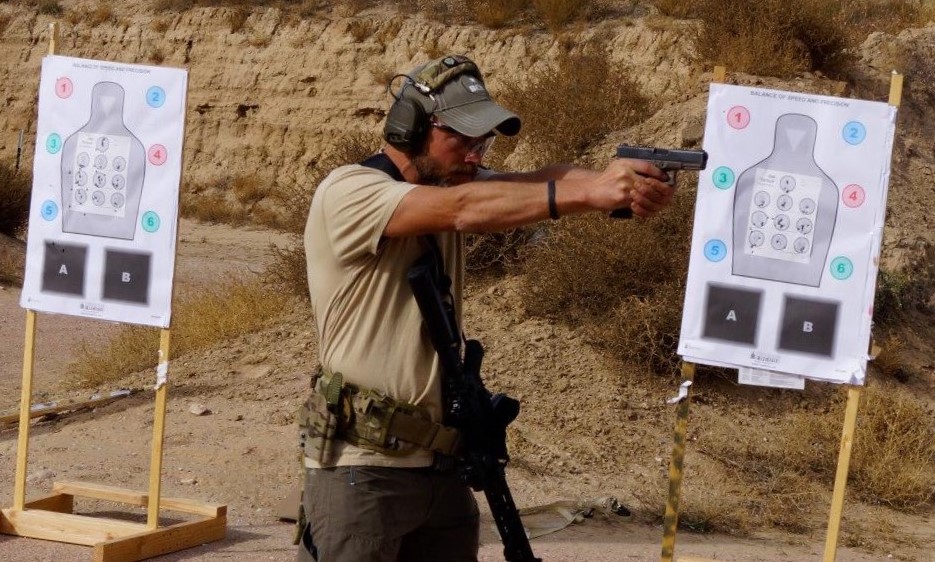 Properly zeroed sights allow defensive shooter to maximize his potential on the range during training and practice. More importantly, they allow him to be more efficient in the plausible defensive fight, when a higher level of precision must be achieved. Photo: author

As a defensive instructor and shooter, I convey the concept that “the target dictates the need for precision.” This is based on the size of the target or the relationship of distance between the intended target and that of the shooter.

When a higher level of precision must be achieved, the shooter must place a heavier emphasis on their sights. Yet one of the most overlooked components of the defensive pistol is properly zeroed sights. The best information that has been collected on the defensive use of a pistol shows us that the majority of these encounters occur at relatively short distances. While this may be true, it is not absolute. As an armed citizen or armed professional, it is not outside the realm of plausibility that a longer distance shot may be required within the context of a defensive encounter with a pistol. 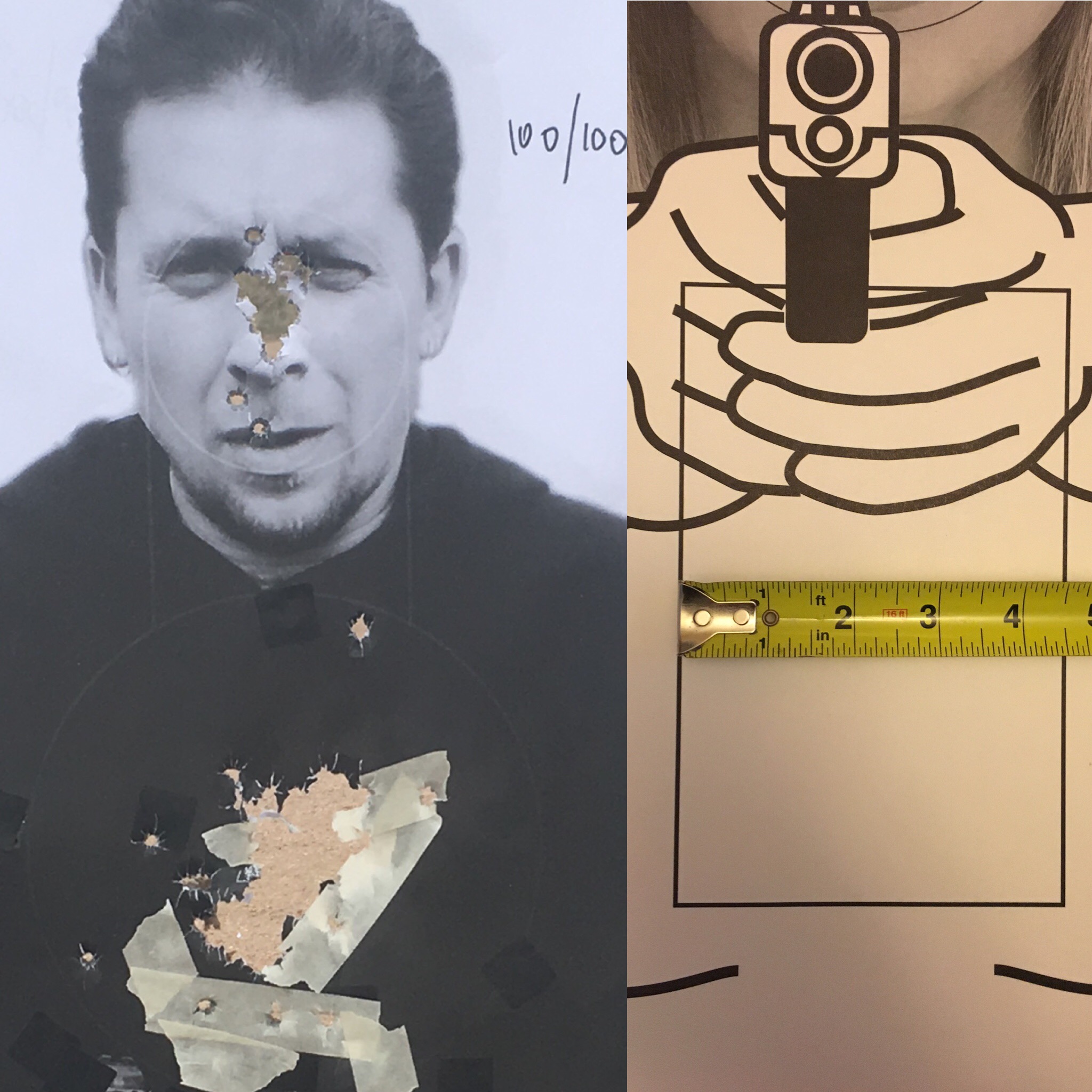 Target at left was shot during a class where new sights had been installed “middle of the road” without proper zero just prior to class. While precision was acceptable for the eight-inch zone, you can clearly see rounds that began to impact to the left as deviation was magnified by distance at 25 yards. That acceptable precision did not have the desired effect at the next class: Target at right was when target zone was reduced by almost half. Knowing all other fundamentals were in place, I was forced to zero the sights on the range. Photo: author

As an instructor and student, I have not encountered a single class where students did not train and practice beyond the 10-yard line. From my own experience, it is beyond the 10-yard line (specifically 15 to 25 yards) that the effects of a non-zeroed pistol become evident. If we as defensive shooters and our students are going to train and practice at these distances and beyond, it is important to set our sights for success by achieving a proper zero.

Within the context of defensive shooting, we often consider a task such as zeroing our pistol sights to be the work of a competition-type shooter, and we often settle for “middle of the road” on the slide in relation to our sights or wherever the manufacturer placed them. While this thought process may produce the desired outcome at close range, it can have a seriously negative effect at distances beyond 10 yards. Unlike the competition shooter, who may suffer a loss of points in a match, the penalty for a miss can come at a very high price for those of us in a defensive encounter.

Deviation is magnified by distance and, through my own experiences and those of my students, I have witnessed the frustration of applying all the fundamentals (stance, grip, sight alignment, and trigger press) correctly and consistently grouping left or right of center. Simply telling a student to “try harder” or “get the hit” is not enough when they are set up for failure from the start because of a mechanical disadvantage such as sights that have not been properly zeroed. This often leads to the shooter making physical adjustments to their grip, which causes inconsistencies in their training and practice, thus making them less efficient. Having the sights properly zeroed takes the tool out of the equation and lets us better diagnose problems with ourselves and our students concerning application of the fundamentals. 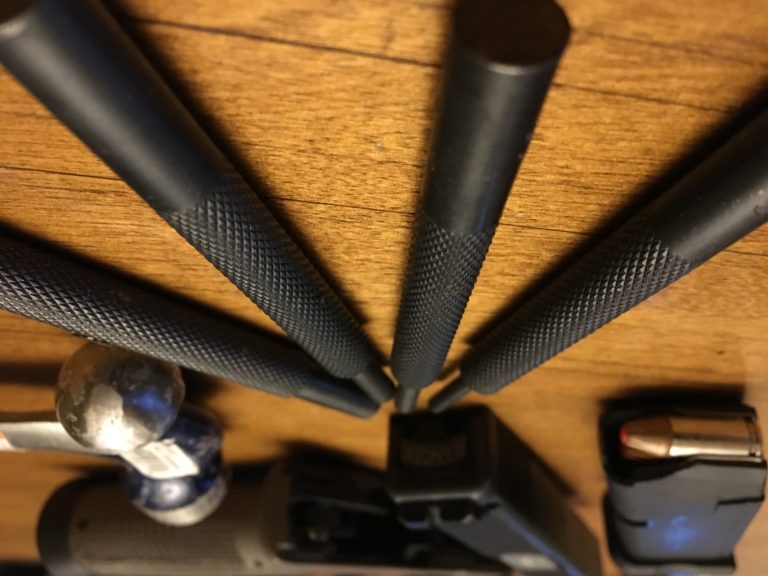 On the range, rear sight can be easily drifted with appropriate type of punch and hammer after pistol has been made safe. These tools can be purchased locally and inexpensively. Photo: author

Zeroing a pistol’s sights takes a bit more effort than those of a rifle, but it can be accomplished easily with simple tools and without having to buy an expensive sight tool. Unlike your grandfather’s 1911 from back in the war with staked sights, modern pistols typically have a dovetailed rear sight, if not a front sight as well. With a simple steel or brass punch, ball peen hammer, and an appropriate work space, the rear sight can be drifted to accomplish a proper zero. 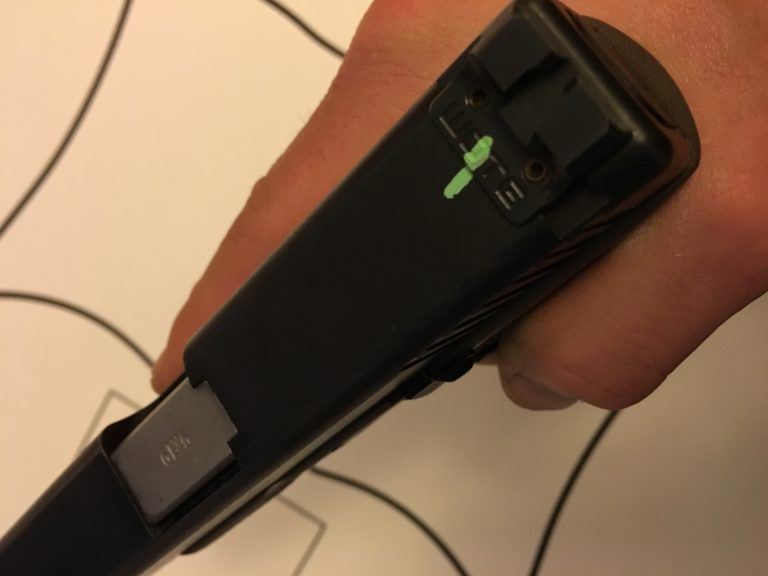 Simple application of a paint pen or marker can show movement between the rear sight and frame while adjusting the sight. Photo: author

I have made it a habit to bring these tools (as well as Allen wrenches and Loctite for sights with set screws) to the range to rectify problems with students on the spot. I start the process by drawing a witness mark from the rear sight to the slide with a paint pen or marker so I can confirm where the rear sight currently sits. Then I tap the sights with the appropriate amount of force in the proper direction to achieve the desired windage correction (left for left and right for right) using the witness mark as an indication the sight has moved.

Among some of the best shooters I know, the rule of thumb is to zero the pistol’s sights at 10 yards and then confirm the zero at 25 yards. I have found this method to be a fast and efficient means of accomplishing this task. Many manufacturers also make front sights of varying heights to deal with elevation issues. I have not personally found this to be a problem, but for those who do, there are options. 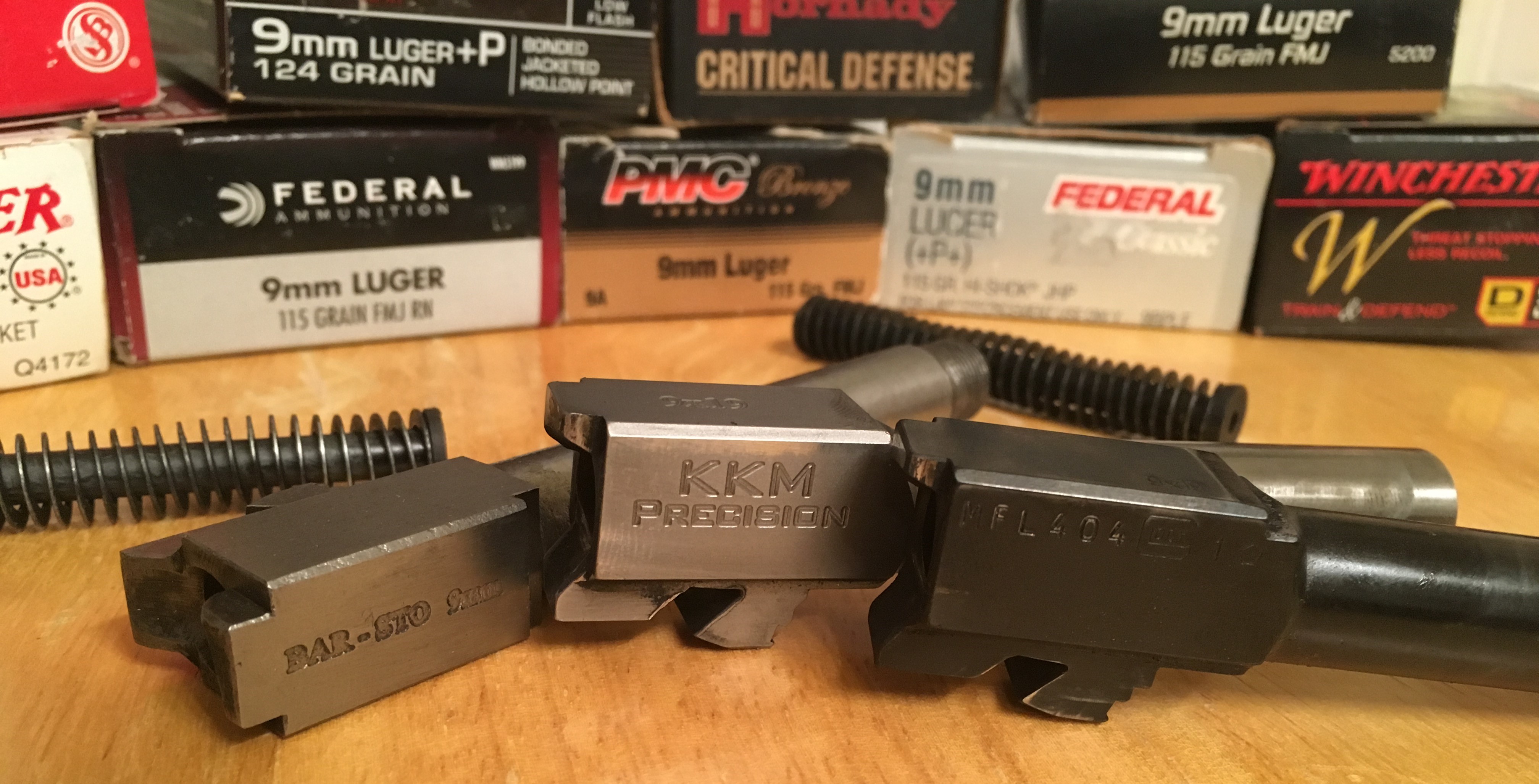 Many other variables can be taken into consideration when it comes to proper zero of a defensive pistol. These topics are beyond the scope of this article. Photo: author

THE BOTTOM LINE IS…

Zero your defensive pistol. There would be no question about zeroing a rifle or carbine, so why shouldn’t the same apply to the weapon we carry daily to protect ourselves and others? While we should maximize our efforts and resources on training and practicing for the most likely and probable circumstances, we should set ourselves up for success when training and practicing for plausible circumstances as well.

Fight the good fight, not your gear or equipment. Train smart, be smart, and stay vigilant.

14 Responses to “Setting Your Sights for Success”