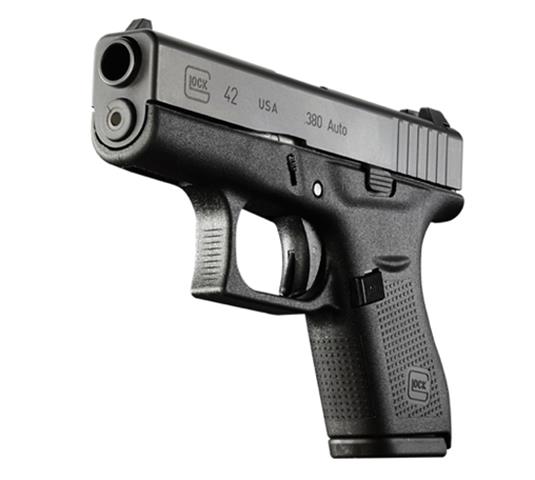 The G42 is getting a lot of love, but I fear it is distracting 9mm carriers away from the best caliber they could choose. Photo: Glock

Over the past couple of months, the internet has been flooded with chatter about two new guns in particular: the Remington R51 and the Glock 42. The first was celebrated at its release but has met with terrible reviews of the production models in the hands of its intended audience. The second was originally met with great dismay and disappointment but has been almost universally praised since it hit the streets and, most importantly, the ranges. In addition to these two guns, Kahr Arms and Springfield Armory released slim-profile guns (the CT9 and the XD-S 4?, respectively) that are vying for attention as the most excellent new concealed carry option. Meanwhile, everyone has an opinion about what the “perfect” personal-defense gun would be like.

The manufacturers are in a tough spot: they’ve got last year’s trends, their competition, the engineers, their existing model lines and, last and often least, their customers all driving their next projects. Who will produce the unicorn gun that is engineered for efficiency in defensive situations, gets everyone excited, and is delivered on time, fairly priced and works reliably? Which is the, “Best Handgun?” I don’t know … but I say “Good luck!” to everyone who is trying.I have seen what I consider to be good trends from both the manufacturers and the marketplace that encompass three major themes when it comes to self-defense guns. 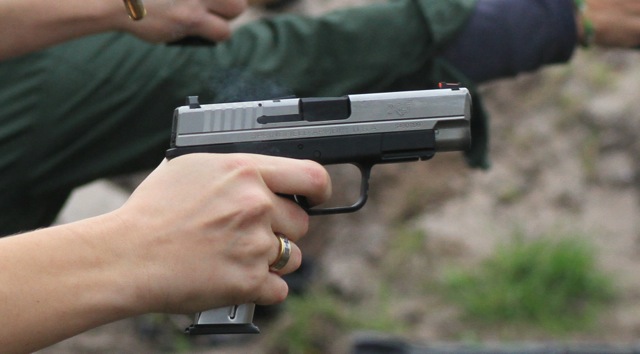 I am currently using the XD-S 4? 9mm as my everyday carry. I have been very impressed with it. Photo: author

BIGGER IS NOT BETTER: CARRYABILITY

When it comes to the best self defense handgun for concealed carry, neither the gun itself nor the round being loaded into it need to be the stuff of 1980s action movies or 1970s police dramas. The days of the .45 ACP and the Magnum revolver being the image of defensive handguns are gone. The new crop of first-time gun owners, the number of women obtaining concealed-carry permits, and the incredible amount of information and education available to the gun-buying public can all be credited with establishing the 9mm as the most preferred personal defense caliber and the increased interest in mid-sized and compact single-stack firearms. The person who carries regularly today is very likely not a life-long gun enthusiast. They may only own one gun for a specific purpose: personal defense. They aren’t shooting on the weekends with their family, they aren’t hunters, and they aren’t willing to wear a tan vest every day or otherwise dress around their gun. They want something with a high degree of what I call carryability, and slim 9mms are very carryable.

Manufacturers are realizing that their guns need to fit as many types of hands as possible. Thankfully, the ego-driven days of “any gun will do, if you will do” have also passed. While that sentiment may be fundamentally true, if we get to pick the gun we’ll be using days, months or even years in advance (and those seeking out CCW permits and training do!) of our defensive shooting, we should pick a gun that fits our hand well. That means two things: smaller grips that will accommodate both small and large hands, and modular grips that can be quickly and easily adjusted to a more perfect fit for everyone.

Having taught thousands of students in thousands of classes, I can assure you that when it comes to holding a gun intuitively, small grips can be held by large hands much more easily than small hands can manage a large gun. Manufacturers have been responding not only with single-stack designs, but also with less girth in the area of the grip that is held between the thumb and index finger of the strong hand and with deeper in-cuts at the top of the back of the grip area. The XD and M&P firearms exemplify these traits and tend to fit more people well because of them. Fit is the primary driver of shootability. If a gun doesn’t fit a person’s hand well, they will not be able to shoot it intuitively or naturally. Their shooting will be forced and mechanical, which means their efficiency will suffer. 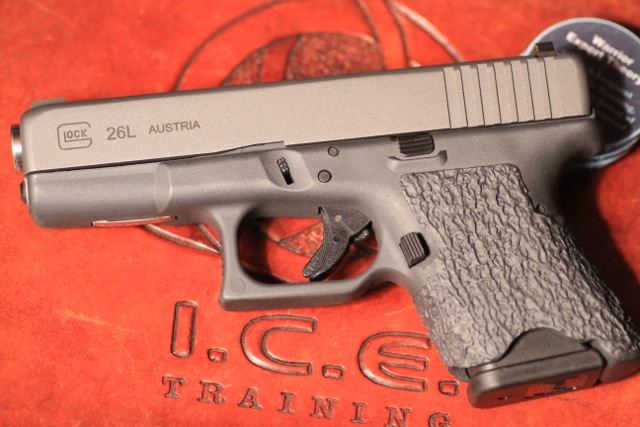 Unfortunately, my Glock 26L custom started having reliability issues last year because the slide was damaged. The gun wouldn’t lock open anymore on an empty mag, so I retired it. Now I’m on a quest for the perfect single stack with the same number of rounds. Photo: author

There is no replacement for reliability from the best handgun

People are making excuses for their guns less and less often … and this is critical. If a gun isn’t reliable, you shouldn’t be carrying it for personal defense. With my students, I often make the comparison between guns and cars. People generally need their cars everyday. People rely on their cars to get them to work, to move their families around, and to meet their obligations. Cars must be reliable and functional. You may want a 1968 Corvette Stingray, but if you live in New Hampshire and have a family of four, there is no way you will have that car as your primary vehicle.

Thankfully, we don’t need our guns every day, but that means people can buy and carry eccentric choices that they “like,” and they’ll probably never have to confront their illogical fetish-driven decision. But as I mentioned earlier, fewer and fewer people carrying guns for self-defense are gun collectors today. They aren’t looking for something to impress their friends with during Open Carry Day at Cracker Barrel or to post cool pictures of on Instagram… they just want a reliable tool they can have at the ready to protect themselves and their families with. 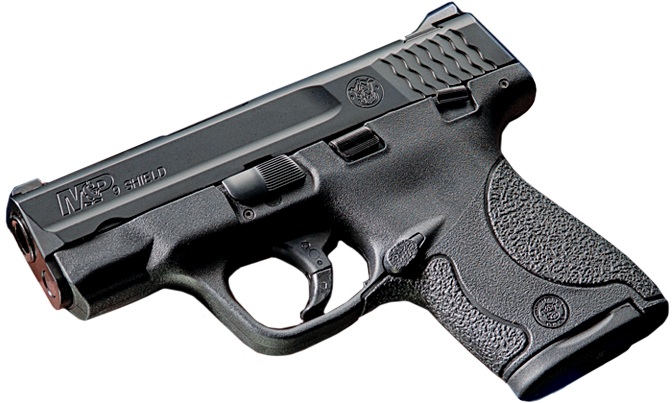 Tell me again why S&W took a huge leap backward with the Shield model by putting a hard-to-use manual safety lever on it? Photo: Smith & Wesson

A plethora of firearm designs do a good job of meeting the needs of those interested in personal defense. There are a handful that I consider great choices. For years, I’ve consistently recommended three to those looking for an efficient defensive handgun: Glock, M&P, and the Springfield XD series. All those brands have entered the single-stack arena in the last couple of years. Most people agree that Glock missed the mark by going .380 instead of 9mm. As much as people love the M&P Shield, I think that their inclusion of an almost-impossible-to-use-efficiently manual safety was a fail. Springfield faltered with an early recall of the 9mm XD-S, but has now rallied to offer what I think is the best single stack from the three major manufacturers of modern striker-fired defensive handguns: the XD-S 4? model. I think the trend will continue and we’ll see more great options for those looking for guns with the right combination of reliability, shootability and carryability.

Who’s going to come out with the perfect defensive carry gun? What will it look like? When will it get here? I don’t know, but if I get to vote, here’s what I want: 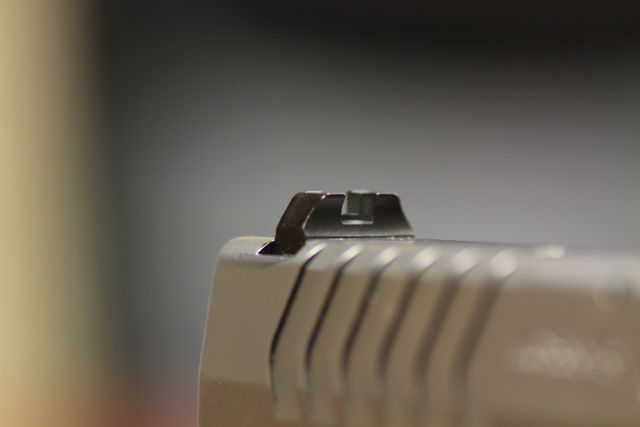 I think that would be a nice package. If any manufacturers print this out and give it to the engineers, do me a favor and mention me in the credits, after you make sure it is actually reliable … with Winchester Defender ammunition. Also please don’t announce it until it is actually ready. Maybe we could do a chopped grip 7+1 I.C.E. Limited Edition for those who choose center-line carry?

That would be cool.