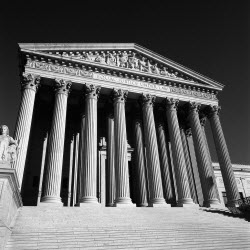 At first I intended to write about one of the sexier aspects of self-defense as it pertains to the legal arena, perhaps something about the “21-foot” rule (and why it is not a rule at all), or maybe why shooting someone in the back isn’t necessarily murder (even though the pinheaded DA thinks it is). But, since the logical structure of teaching anything (and I feel that is what I am doing with this series of articles, teaching) is to lay the proper foundation for learning, my responsible side won out over my creative side. So let’s do it right and examine some basic concepts in armed self-defense, starting with the “Reasonable Man Doctrine.”

The cornerstone of American Jurisprudence is the Reasonable Man Doctrine. Unless your case centers on some obscure legal technicality, the Reasonable Man Doctrine will be used extensively throughout your self-defense trial. What would a reasonable person have done under the same circumstances, knowing what you knew at the time? That phrase, my friends, will be your lifeblood during the episode of your life that will likely define you as a man or woman. 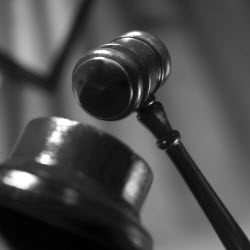 In a self-defense trial, the jury will be tasked with the chore of deciding if the amount of force used was reasonable. In order to have a chance of success, you will need to take them on a slow trip down the road to what it means to be a responsible armed citizen, and why, given your background, experience and training, the choices you made when you were forced to use deadly force in self-defense were reasonable.

But before you get a chance to utter a word in court in your defense (other than the words “Not guilty, your honor” that you said at the preliminary hearing), the prosecution will have had their way with the witnesses they decided to call, the police officers whom they play golf with on Saturday afternoons, and all under the watchful eye of the judge, whom they financially supported in the last election.

So, when it becomes your turn to show your side of the case, you had better have it planned out well in advance and in as much detail as time and money will allow. First, your attorney will have cross-examined the prosecution’s witnesses, and perhaps gotten some of the prosecution’s evidence disallowed through legal objections. That helps, but blowing a hole in the prosecution’s case isn’t likely going to be enough, because you probably have already met the elements of the crime you are being charged with. You did purposely shoot the other guy, right? If so, then that one simple fact likely proves you guilty, absent the circumstances of self-defense. It is those circumstances that a reasonable person (a juror) must know, feel and fully understand in order to vote for your acquittal.

If your defense strategy is to discredit each and every witness the prosecution brings forth, resulting in the prosecution’s case being like a smelly fart in the deliberation room, you will still lose. The jury will hold their collective noses and vote to convict, because you didn’t give them a reason to let you go, and you met the elements of the crime.

Instead, open that door and let the fresh air in! You need to explain to the jury that you have received training in self-defense law, and it was that training that led you to believe your life was in danger. You need to articulate to the jury that you reasonably believed the person or persons you shot possessed the physical ability to cause your death or inflict serious physical injury upon you. Then make them understand that the attackers were in a close enough proximity to use that ability against you, that they indeed had the opportunity to kill you.

After this, you must also show (and this is likely the most critical part of your testimony) that you reasonably believed that the attacker or attackers were intending to, or were actually in the act of, using that ability and opportunity to place your life in jeopardy, and that you did what any reasonable person would have done under the same circumstances, that being shoot to save your life.

And the icing on the cake will be, even if you live in a state where you have the right to stand your ground and defend yourself, that you had no choice. There was no out, no better option. After all, if there had been a better option, wouldn’t you have taken it? I certainly would.

Each self-defense case is unique, but they all have one common theme: to show to the jury that your action, i.e., the horrible act of shooting and killing or shooting and maiming another, was actually justified because it was the reasonable thing to do. And most importantly, to show that they (the jury) would have done the same thing if they had been in your shoes. Keep that foremost in your mind when deciding if you need to pull the trigger in self-defense.

4 Responses to “The Reasonable Man Doctrine”