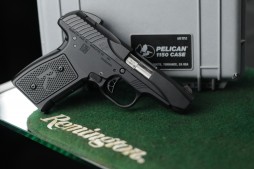 Remington’s R51 was met with much fanfare and media hype, but has been plagued with issues.

Defensive handguns are life-saving tools. As a result, we treat the selection, maintenance and the training related to the defensive handgun with the respect they deserve. Failure to do so flies in the face of common sense and places you at risk of injury or death.

People like you and I take defensive handguns seriously right?

You might not agree with me, but a pretty good argument can be made that some in the industry are simply putting up a pretty good front when it comes to the standards for defensive handguns. If this is true, there is a serious problem.

The R-51 disaster for Example

The Remington R-51 really is a perfect example of how some big players in the industry ignored the safety of shooters and the personal security of folks that trust their lives to a defensive handgun.

The responsibility for the R-51 disaster lies squarely in the hands of Remington Outdoor Company, industry media outlets, and people like you and me, the consumer. 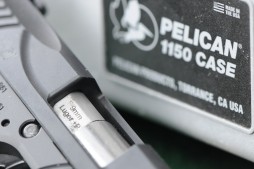 The Pedersen action is seems inadequate for standard pressure 9mm yet the R-51 is chambered in 9mm +P.

Remington is the first to blame. Paul Leitner-Wise of Leitner-Wise Manufacturing probably said it best. “If you want my honest opinion, the use of Pedersen’s Model 31 action for the R51 was flawed from the outset. The original design was barely able to handle the modest pressure 32 ACP and 380 ACP rounds of the time that it was designed for. Stick a modern 9mm in the breach and you have just pushed the Pedersen action beyond its design limitations.”

The signs of what Paul talks about were likely ignored by Remington and an R-51 that was not ready for prime time was shipped to customers. Based on the events, it would be pretty easy to assume that Remington knew that the R-51 wasn’t ready. Yet, the aggressive defensive handgun marketing effort that surrounded the R-51 continued, and “big green” carried on.

To add insult to injury Remington has simply disregarded their customers for more than a year with a lack of resolution to the issue and a complete void of communication about what is going on with the R-51. 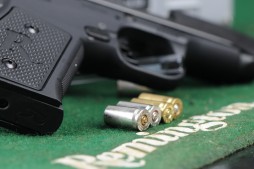 The primer flow seen from the R-51 indicates that there are pressure issues related to the design.

Richard Johnson, of Guns, Holsters and Gear, has laid out an excellent timeline of events related to the R-51 disaster. As someone that has obviously been in touch with the R-51 situation with the outset he summarized Remington’s approach well when he said, “While I can understand technical problems with any new gun design, what I cannot understand is the seemingly poor communication between Remington and its customers. I’ve spoken with several people who feel they’ve been left in the dark on the status of the new guns.”

I couldn’t agree with Richard more and it is this type of behavior that leads me to believe that there are parts of the industry that simply don’t care about you. The ads looked great, but the gun didn’t work and Remington has since dropped the ball.

Maybe “big green” is a more appropriate moniker for Remington than we ever knew?

The Firearm Industry Media Shares Some Blame with Remington

Remington isn’t the only place to lay blame in the R-51 disaster.

The media bears responsibility for the situation as well.

That R-51 made its debut to industry professionals at a media event held by Remington Outdoor Group at Gunsite in Arizona.

You can still read the detailed review from Jeff Quinn of Gun Blast here. It serves as an example of the type of coverage that the R-51 received both at the event and in the time following.

It seems that no one at that event considered the potential bias of the situation. If they did, it wasn’t apparent in their assessment.

In all fairness, at this time there was no reason to pan the gun. By all accounts the R-51 performed well.  There was reason to be objective.  The R-51 wasn’t a real gun yet. It was a preproduction gun and no one knew how the transition to production would go. Instead of objective, the gun was heartily endorsed.

The first clue that there was a problem came at shot show media day in Las Vegas. The R-51 never made it to the range and Remington didn’t have their story straight. It seemed that every employee I asked had a different take on why the gun was missing.

This big clue didn’t stop the glowing reviews. This video from tact daddy is the perfect example. It claims that R-51 a “winner!” To my knowledge, TacDaddy had never even fired the gun at the point this video was filmed.

It would seem that media outlets had more desire to get eyes on content than to present a fair picture to the consumer. The assumption of a positive outcome and a lack of critical thinking inadvertently misled the end-user.

The blame for that lies with you.

Unfortunately that is the reality. It always has been and it always should be. Especially when we are talking about life saving tools. Looking outside the firearms industry makes this clear. Take a look at the recall page at Autoweek.com. Some of those recalls are mechanical while some are safety related.

It would be nice to be able to assume that those who build and write about lifesaving tools like airbags and defensive handguns would value the life and safety of their customers above all else. Some do. Even in those circumstances, however, it is your job to keep tabs on the products you trust. Even the most well meaning companies and individuals can make innocent errors that can cost you dearly.

That is your motivation. Avoiding negative outcomes and living a safer life. It is you and those you love that will be forced to live with with the consequences of a poorly informed decision. Your decisions must be well informed and it is your responsibility to make them so.

You can read more about my feelings on the Remington R-51 recall by following this link.

Here are some steps that you can take to make sure that you are informed:

The Remington R-51 disaster is simply one example of how a company’s eagerness to bring a product to market, coupled with a media bias can cause issues related to your personal safety.   In this circumstance, the relative cost was low. To my knowledge there is only a single incident of personal injury related to the R-51. This circumstance will be resolved in the courts and may or may not be related to the problems with the R-51.

Prevention of future incidents like we have seen with the R-51 is complicated, however, it begins with you taking responsibility for your safety by making quality decisions regarding your personal safety equipment.

3 Responses to “The Remington R-51: A symbol of a larger problem”