You’ve got a gun? There goes the neighborhood!

Personal defense or recreational shooting as part of your lifestyle will generate varying reactions. Photo: author

Now that you’ve decided to begin shooting for recreation or personal defense (or both), or perhaps you’ve been at it for a while, you will encounter different reactions from your friends and acquaintances. You will also receive unsolicited remarks from complete strangers. For the sake of battle-picking, in this article I will focus on how to discuss your new endeavor with people you know and interact with on a consistent basis. Strangers or distant acquaintances can be easily dismissed and you can choose not to engage with them, which may not be the case with people you know.

When I’ve told my friends and relatives that I’m involved in recreational and personal defense shooting and that I own a firearm, I’ve had reactions that span from one extreme to the other. From questioning my femininity and sanity all the way to high fives and admiration for taking responsibility for my own personal defense, women (and some men) can be very judgmental. They tend to forget that we are adults and can make our own decisions and we really aren’t asking their permission for anything. It seems as though it’s more prevalent today than ever that commonality in thought rules society whether the outcome is truly right or wrong. On the other hand, it’s also more common than ever to see women entering the shooting world, and it’s becoming more accepted than ever before.

What do you do? I’ve always been the type to chart my own path and will continue to do so. But I also understand that my friends don’t have to think like I do, and I respect that. My friends are used to me by now, and nothing surprises them when it comes to my decisions. But you may live in a part of the country where shooting is not as prevalent as in the Midwest (Ohio, to be exact).

What Does This All Mean? 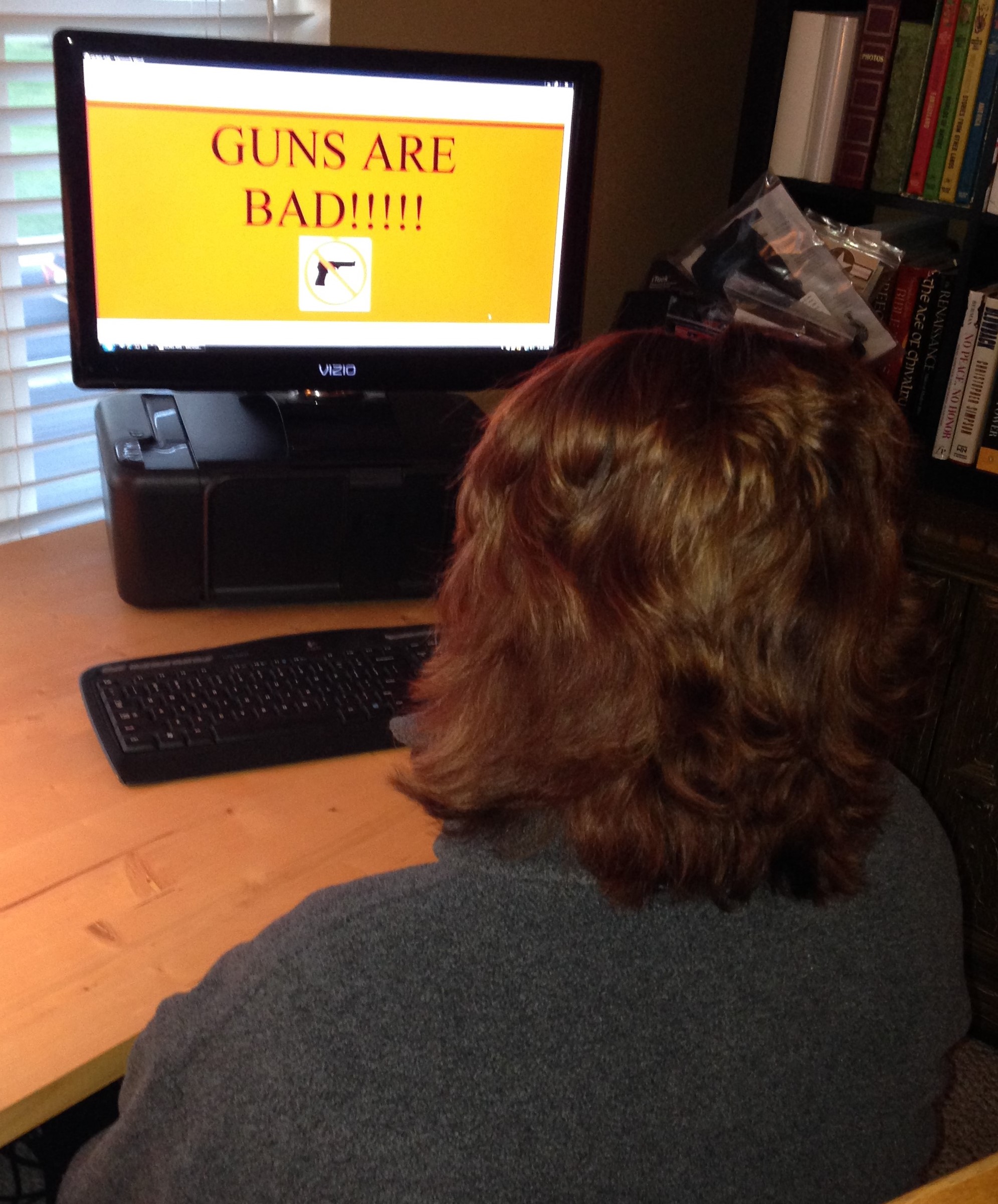 You might encounter pushback. Shooting is a very polarizing topic. Being prepared to talk logically with your friends and others about it will help them understand and perhaps agree with your decision. In the business world, the 15-second reply-at-the-ready is called an elevator speech. It’s used to explain what you do or what your business is in a short amount of time. It’s an excellent way to formulate your best possible answer to what may be a pressure situation if you’re not prepared. Why not apply that to how you initially respond to why you shoot, or own guns, or carry concealed? It’s not contrived or scripted. It’s prepared, and there’s a difference. Your reply to their question might make a difference on how they view your decision to shoot.

Hold on. I’m not saying you need to have anyone’s permission to continue on your shooting journey. I’m trying to convey the fact that it’s easier for some to throw condemnation at it than politely discuss it in public. Again, it’s the mob mentality and social acceptance answer. Take a look at a few questions I’ve encountered, learn from them, and come up with a few of your own responses. Preparing to discuss and answer “why” you chose to begin shooting is part of the mental preparation each person has to go through when they decide to make shooting part of their life.

For the most part, debate has been minimized to memes of Facebook, one-liners, and emojicons. Stating your point of view and politely discussing a topic are skills that need to be learned and practiced. There are enough people in society feeding the notion that “if you’re not on my side, you’re on the wrong side.” We can and should be better than that. 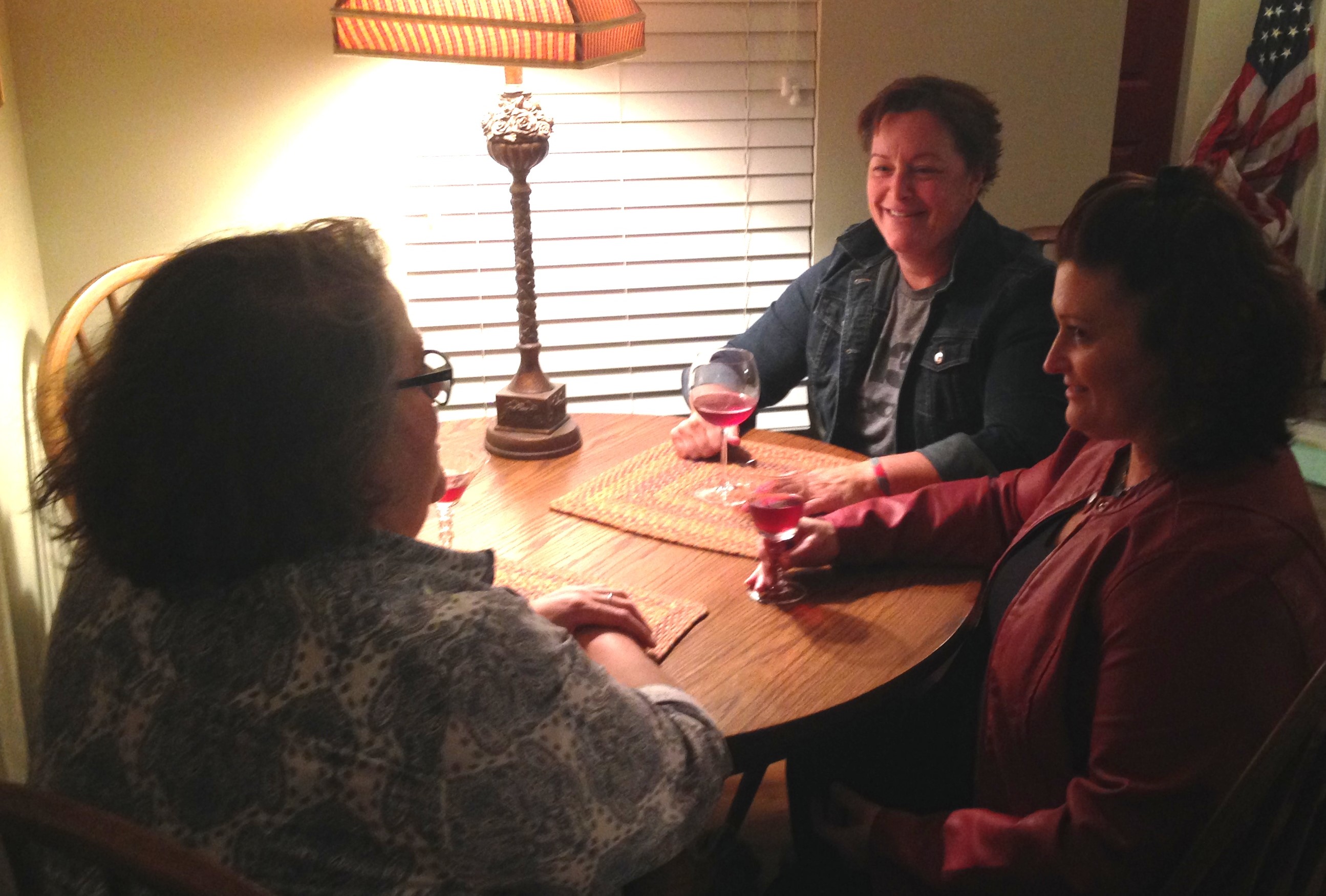 Be the calm voice when discussing firearms with your friends. Photo: author

Let me give an example that might help make my point: You’re with friends having dinner and catching up. As friends, you already know there are different political affiliations, points of view, lifestyles, and experiences; a diverse group. Everyone’s sharing their “goings on” since the last time you were all together, and you chime in that you finally took your first trip to a shooting range, explaining how much you enjoyed it, and that you purchased your first handgun. You even tell them you’ve signed up to get your concealed carry permit and are looking forward to taking more instructional classes in the future. The table goes silent for a minute. You break out in a cold sweat. Someone finally says they think it’s a good idea to be safe and take charge of your own personal protection. Others are silently staring at one another, while someone else adds they couldn’t bring themselves to shoot another person and thinks guns make the world a more dangerous place. Time to decide if you are going to take the bait and run with it, stifle, or take a deep breath and make a few valid points as to why this is a good decision for you and how it makes you safer in today’s world. Your reaction will set the tone of the conversation moving forward.

The way you react to their responses is important and can steer the conversation in either the intended direction or send it over the cliff. Knee-jerk reactions to comments that might initially sting are never a good choice. Wanting to tell someone to go fly a kite sure might feel good at the time but won’t after the dust settles, especially if it’s a friend. Agreeing to disagree is a very good option, and should not be discounted due to its simplicity.

But if you choose to open up a discussion, pondering these questions is a great starting place to find the answers or rebuttals you need: What got you to start shooting? What was your first experience like? Why did you decide to continue? How does it make you feel now that you own your personal defense? It’s also important to look for the intent behind your friends’ questions. Are they really asking what the words are saying or is there another meaning behind their words? Perhaps your friends have personal experiences that are coming through in the form of their questions. Being able to read the meaning behind the questions will assist in framing your answers. Be perceptive. 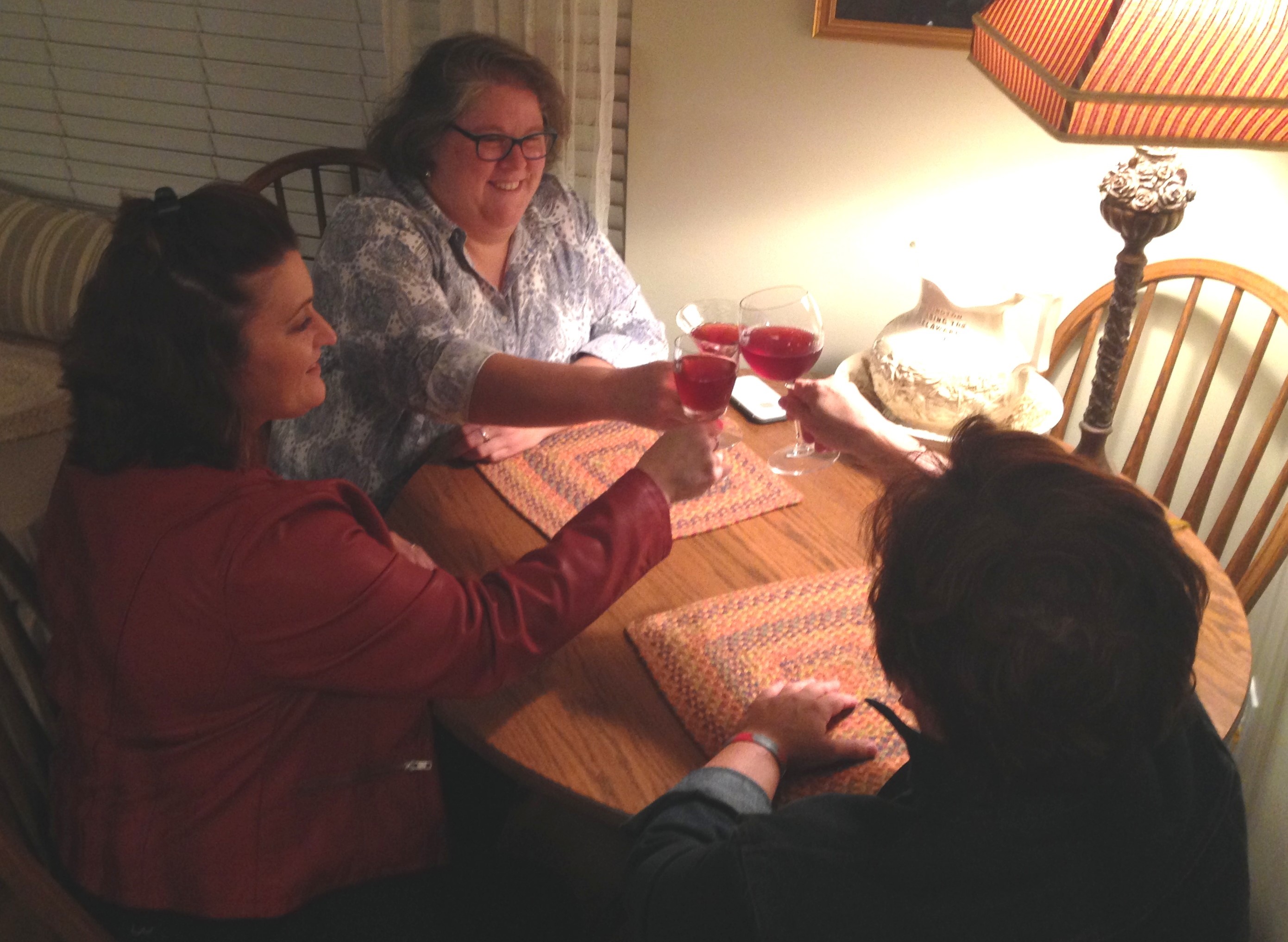 Agreeing or agreeing to disagree are both acceptable outcomes. Photo: author

And be prepared for some of these zingers, perhaps from your closest friends:

It’s important to point out to your friends that you empathize with them (if you really do). “I used to feel that way too, until I tried …” is a great way to help your friends understand that you get where they’re coming from, and perhaps defuse a situation before it escalates.

I’ve had all of the comments (and more) listed above thrown in my direction. The goal is to not overreact. Explaining that a perfectly sane, perfectly normal woman can decide to safely and lawfully shoot recreationally or carry concealed is what is required in that situation. A simple question or flippant remark met with a calm answer will produce the best possible outcome. However, if you are met with compounding ridiculousness or you can tell by the questions or comments that the person is simply anti-gun and not interested in hearing your meaningful answers, then the “go fly a kite” rebuttal almost always works. At that point, I default to my favorite saying: “Some will. Some won’t. Who cares? Move on.”