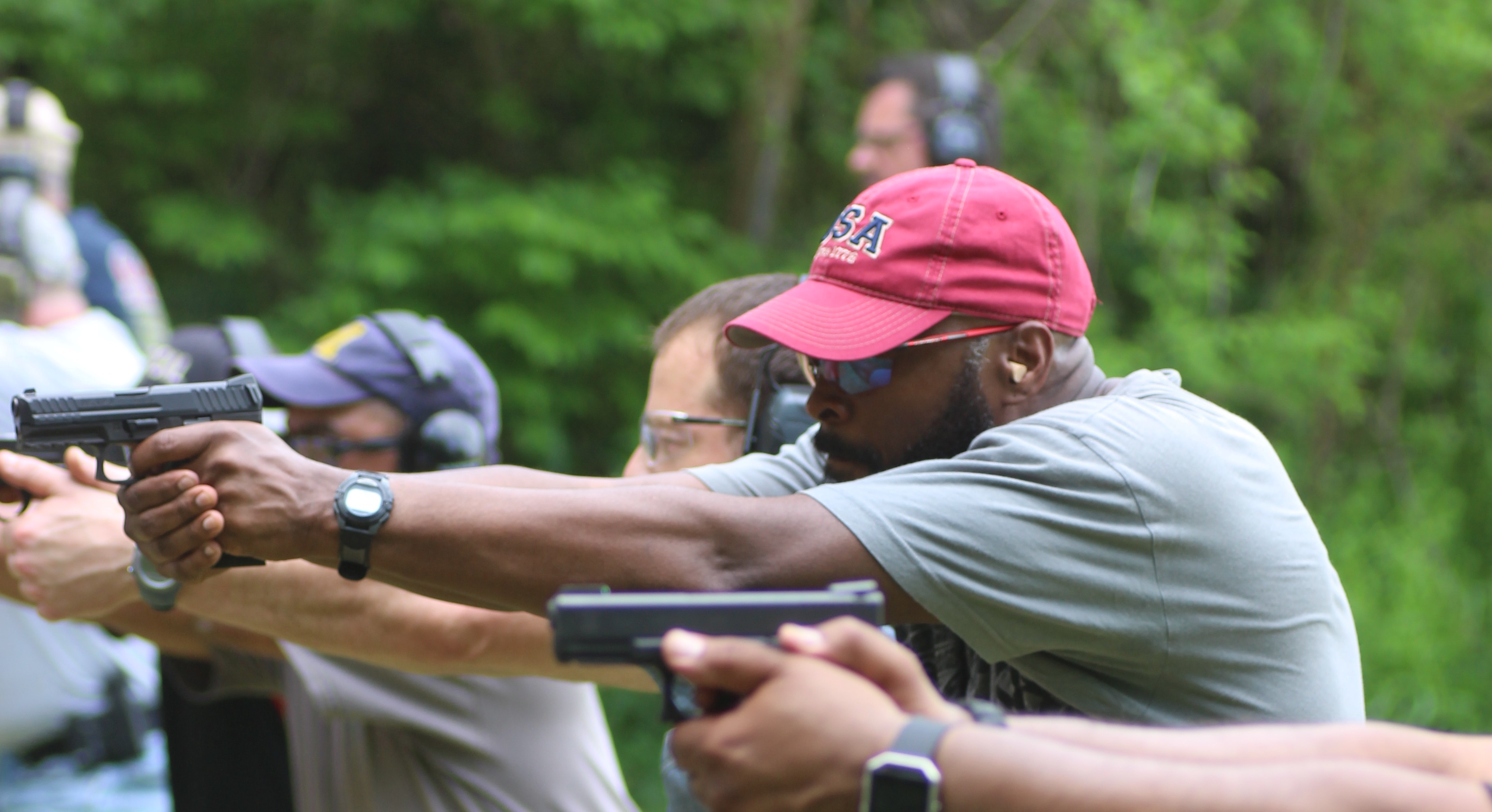 Standing on a line and developing your defensive shooting skills is important, but shouldn’t become your obsession. Photo: author

Inside personal defense circles, I find many people who spend many hours and much money preparing to defend themselves, but very few who do so in a diversified way. I find very few who train in counter ambush methodology. Counterintuitively, I find that many of the people who spend the most money and time in areas of defensive training are the ones who become the most specialized and least likely to do well under circumstances they haven’t specifically prepared for. I’m talking now about people who have become training hobbyists — people who train, practice, and collect gear for the sake of those activities and the feelings of joy and accomplishment that doing so gives them. Let me explain.

Diversifying your firearms training to include unorthodox positions is just the start of preparing to apply your marksmanship skills to defensive use. Photo: author

When I speak of people “least likely to do well,” understand that I consider “doing well” similar to “reaching your potential.” Competency in areas of personal defense is a subjective issue. Given any amount of strength, dexterity, stamina, visual acuity, intellectual processing power, and a host of other traits, a human being will have a higher or lower potential for the physical and mental skills of personal defense. Given any collection of gear, a person will have the potential for dealing with a specific variety of circumstances. Given any investment of training/practice resources (most importantly, time and money), a person should be close to reaching their potential in the application of their chosen skills, techniques, and tactics.

In order to have a clear idea of true potential, quantity and quality of all these assets must be accounted for. Someone with more strength will have a higher potential in certain areas of unarmed defense. Someone with a more reliable firearm will have a higher potential in the area of defensive gun use. Someone who spends a large amount of time training in an unrealistic way will not have as high a potential for skill application as someone who trains and practices with reality-based methods. 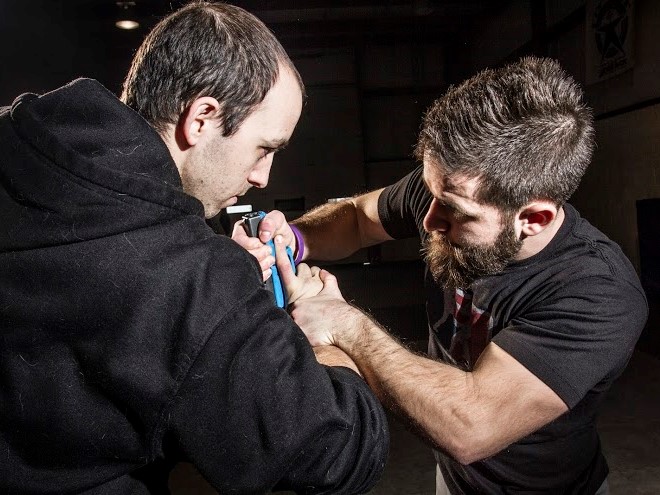 Are you prepared to defend yourself against an armed threat in close quarters without using a firearm? You should be. Photo: author

Back to our hobbyists. There is nothing wrong with someone who enjoys training in a martial art for reasons other than self-defense. Traditional martial arts training yields many positive outcomes (dexterity, discipline, flexibility, etc) that are not specific to defensive use. Of course, it should be obvious that those traits could also be useful in defensive situations, but there is a difference between spending time training specifically for such a use and engaging in an endeavor that enhances defensive skills as a by-product.

In this regard, competition shooting can be viewed in the same way as traditional martial arts. Tens of thousands of people engage in competitive shooting every weekend across the country. Some of the shooters are very interested in defensive shooting skills, and some not at all. None of them are expending their resources in the best way possible to prepare for the defensive use of a firearm. Most are not using gear, nor using it in a way, that is best for purely defensive situations.

A person who spends hours of free time in a gym and obsesses over eating healthily is going to be more physically fit. Again, there are defensive benefits, but the areas they spend the most time on may not be the areas best suited for personal defense. Certainly, if someone goes to an extreme in any area (marathon runners or body builders, for example), they may actually hurt themselves in some areas of defensive fitness.

Do you train to defend yourself in the settings you spend time, such as your workplace or your vehicle? Photo: author

Here’s the rub: The hobbyist who believes they are doing more than just enjoying an activity and the accomplishments that come directly from it might be mistakenly convincing themselves they are spending all their time and effort becoming more prepared … when they really aren’t. They may be ready for one specific defensive contingency, but poorly prepared for any variety of others. They may be a great “shooter” in a choreographed environment, but almost entirely unable to apply their skills efficiently when in unorthodox or dynamically changing situations (i.e., unable to reach their perceived potential). They may be outstanding martial artists in the context of their art, but entirely unprepared for a street fight without traditions, rules, and warnings. They may, tragically, be so falsely confident that they don’t take the appropriate steps to avoid conflict when possible, or they may even charge into a situation with the best of intentions and find themselves quickly in over their heads.

As a guy known primarily as a defensive shooting instructor who runs dozens of defensive shooting courses a year, I can state that the worst hobbyist examples I see the most frequently are those who have spent a great deal of time and energy investing in their firearms and shooting skills with little regard for anything else. They have made minimal, if any, investment in unarmed skills, fitness, medical skills, thinking about improvised defensive techniques, tools and tactics for when the firearm isn’t available or fails, etc.

I also find that many of the most dedicated shooting hobbyists invest their firearms training resources in extraneous gear for specialized circumstances and the high-end shooting skills of the type that are rarely needed in defensive situations. By now, you realize I feel that many of those resources should be redirected to other pursuits. 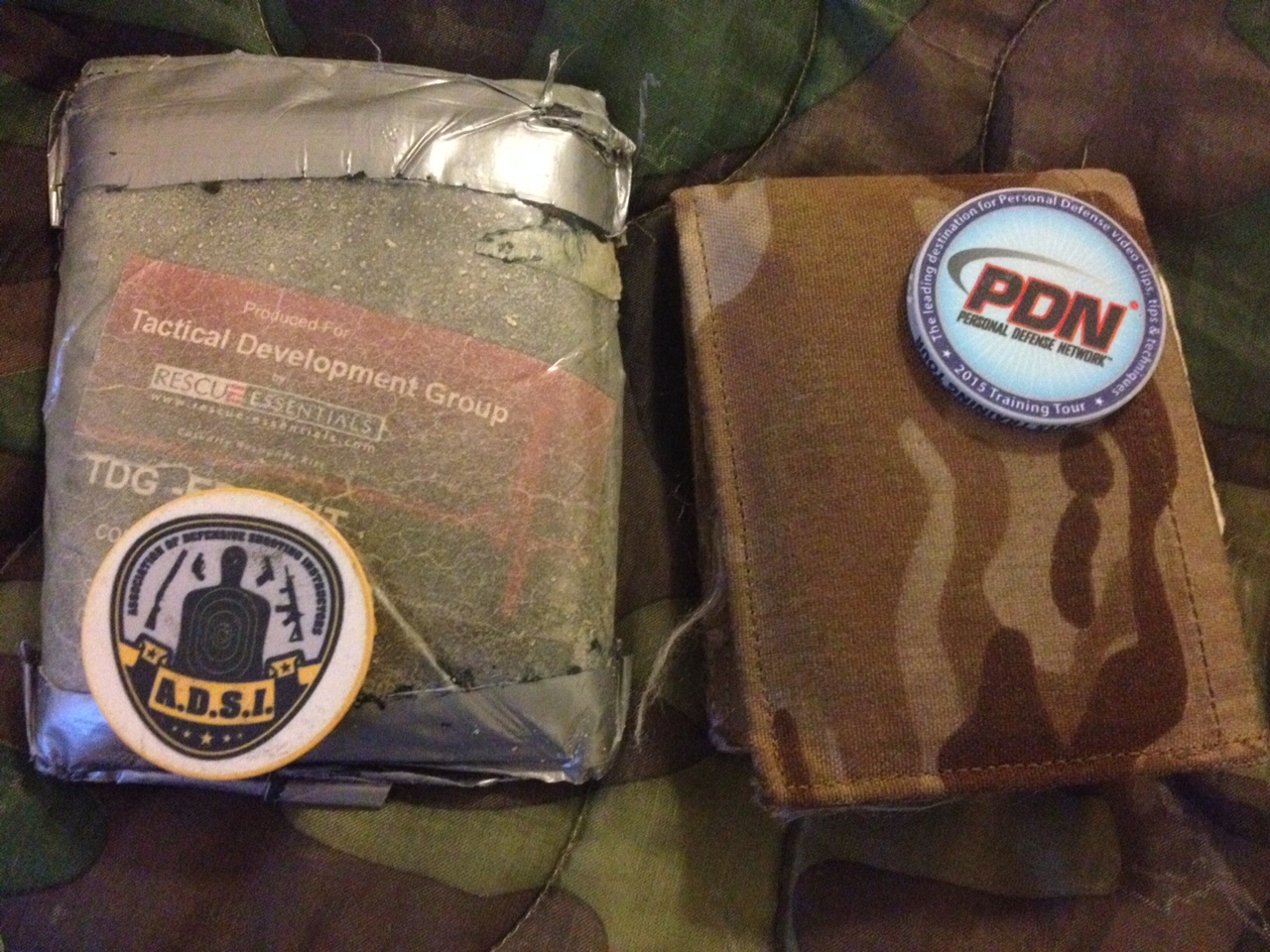 If you are skilled with a gun and/or well prepared in unarmed defense skills, you should own these items and know how to use them. Photo: author

It is also vital to expand the mindset beyond just firearms-related defense. There are many situations in which firearms are the best choice, some where they are mediocre, and many where they are wholly inappropriate choices. I think of situations like the spree killing in the movie theater in Aurora, Colorado, where only a skilled firearms owner using some very specific tactics would likely have been successful in stopping the threat. There are also countless scenarios of sexual assault where the victim was surprised and would have needed to fight their way to their firearm with unarmed defense skills or were in situations where they knew and trusted their attacker prior to the assault and wouldn’t have had immediate access to a firearm.

The key is to diversify not only your training, but also the way you train. Take a comprehensive approach to your personal defense preparation. Spread your training resource expenditures over a wide area of valuable areas. Spend more time in the areas that you are least prepared. It may not be as much fun as getting incrementally better in one area of skill, but you can often take huge leaps in capability very quickly in a new area of endeavor. 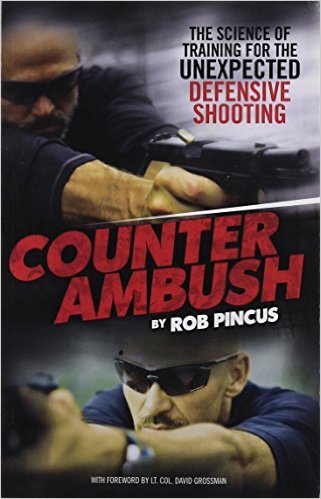 While primarily focused on armed defense, the book Counter Ambush explains in great detail why diversifying your training and practice is important to preparing for application of your skills.

It may mean you need to train and practice with a new group of people. It may mean selling off some of your redundant gun or knife collection so you can afford the training and gear for non-lethal responses or rendering medical aid to yourself and those you care about. Ultimately, it may mean you are not outstanding in any one area of defensive skill but very capable of dealing with a wide variety of circumstances and situations that you could be ambushed with.

You should also diversify your training. I have written and lectured extensively on the topic of counter ambush training, the concept that your training should involve the processing of information immediately prior to and concurrently with the execution of your tactics and techniques. You should be able to utilize your tools without expending much cognitive or sensory energy on them (like you drive your car every day) while you focus on the variables created in your practice environment to simulate the dynamic nature of a real-life defensive situation. Counter ambush training models are all reality based, in that they stress methods, gear, tactics, and skills that excel in unpredictable circumstances, not just in choreographed settings and drills.

You cannot predict the exact way you may need to protect yourself. If you could, the best idea would be to avoid the situation entirely. The nature of self-defense demands diversification. It really is the most important thing you can do if you want to truly be prepared to meet the responsibility to protect yourself and those you care about.

12 Responses to “Diversify Your Self-Defense”