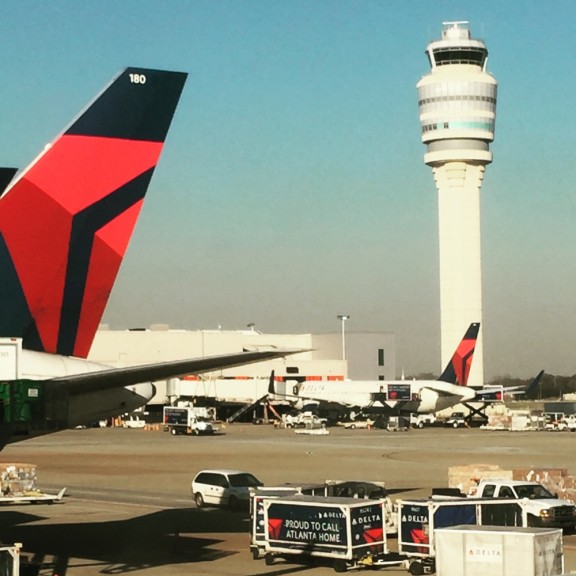 Gun-free zones are a fact of life. Airports, banks and most schools are obvious examples that people deal with all the time, regardless of their politics or preferences.
Photo: author

“Gun-free zones” are a part of life for just about everyone I know. If you have kids in school, if you fly on commercial aircraft, if you travel overseas, if you drink alcohol, if you travel frequently in the U.S. and don’t carry a badge, and/or if you don’t let your gun politics or desire to have a gun prevent you from doing business in the many national chains and local stores that exercise their private-property rights to restrict your ability to carry a gun, you have to deal with gun-free zones.

Before we go any further, I believe in private-property rights just as much as I believe in the right to keep and bear arms. I also believe in obeying the law. Let’s be clear about my stance on carrying a gun where you know you are forbidden by law: Don’t do it.

Next let’s get the political rhetoric out of the way. In 2016 in the United States of America, your right to keep and bear arms is infringed. There are laws on the books that I may not agree with, but that we need to fight politically to get changed, not arbitrarily ignore because we wish they weren’t so. Supporting state groups like GOAL (MA), NJ2AS (NJ) and national ones like the NRA and the Second Amendment Foundation is a good way to contribute to pushing back the infringements we suffer under. Getting involved in local politics yourself and, of course, voting are good ideas as well.

Back to the topic at hand: gun-free zones are real and most of us have to deal with them from time to time. That doesn’t have to mean you’re incapable of defending yourself. Just a few days ago, in my old stomping grounds of Columbus, Ohio, patrons responded to a violent armed threat with improvised defensive tools (including a chair) and won, with no serious injuries to any of the good guys. The business was posted as a gun-free zone. Everyone knows the story of the men who stopped a well-armed and determined terrorist on a train in France last year. There are many other stories of armed offenders conducting or attempting mass killings and acts of personal violence being stopped by people who weren’t able to (or simply didn’t choose to) have a gun on them at the time. Here are some things I want you to keep in mind about gun-free zones: 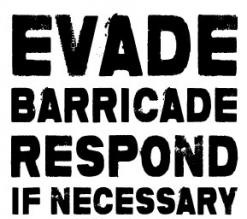 Whether you have a gun or not, the basic tactics for responding to a spree killing are the same.

Of course, the first thing you are going to want to do if violence erupts, regardless of whether you have a gun or not, is to get away. The first step is always to avoid a problem if you can and that doesn’t change in the face of a violent event in public. If you can evade the bad guy, do so. If you can’t get away, but you can hide or barricade yourself to make it harder for the threat to get to you, that is the next best step. Ultimately, however, you may have to respond… whether you have a gun or not.

Just because you don’t have a gun doesn’t mean you can’t defend yourself. Don’t let “preferred” be the enemy of “possible.” It is naïve and, honestly, weak to think that just because you don’t have a gun, you can’t fight back against an attacker. This shouldn’t be questioned. Anyone who thinks that simply having a gun is what makes them safe should think twice about carrying a gun around. Thinking the gun is what makes you magically safe is the same mentality that anti-gunners use to convince people that the presence of a gun magically puts you in danger. It’s just not true. Without mindset, training and opportunity to use it effectively, the gun is just an inanimate mechanical device. You are the one who takes action and applies skill to use a gun. You can take the same type of action and apply different skills to defend yourself without one.

3. BEING “GUN FREE” DOESN’T MEAN YOU ARE UNARMED

Go back and read the locations and circumstances I listed at the beginning of this article. There isn’t a single one that you couldn’t carry some type of defensive tool in. Defining “defensive tool” is important. The best way I can articulate it is the way we discuss it before going into force-on-force training scenarios to prevent people from bringing weapons in that could seriously injure someone in the training event: “Anything you carry with you for the primary or secondary purpose of causing damage to someone who is trying to hurt you or someone you care about.” Using that definition, a knife, chemical spray or electrical device, sharp key fob, keys themselves, sturdy metal pen, hooked wooden cane, coin purse, roll of quarters, your backpack, or just about anything else could be considered a defensive tool. Thinking ahead of time about what you can carry and how you can use it to increase the amount of damage you could do to a bad guy are the first steps. Formal training in the use of your chosen tool, or improvised tools in general, and practicing the employment of the tool(s) are vital, just as they are with a firearm. 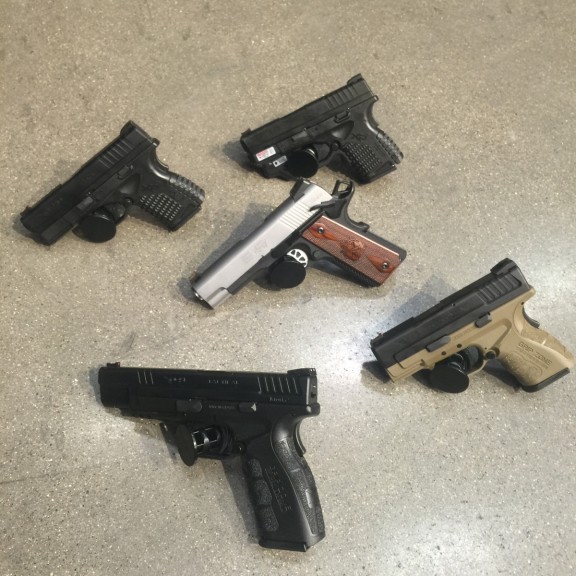 Guns are great defensive tools, but they do not magically make you safe. And they aren’t always the best tool for every situation. Photo: author

4. YOU DON’T NEED A WEAPON TO DEFEND YOURSELF

You don’t have to be a martial artist, or even all that physically fit, to defend yourself. The will to fight is the most important ingredient. Knowing you can affect the bad guy is important to empower you. Think about natural tools and natural targets. What tools do you have? Hands, fingers, elbows, knees, feet. What targets exist on the bad guy? Eyes, throat, ribs, groin, skull. Once you are in contact with the bad guy, simply grabbing their head, throat, arms or legs can significantly affect their ability to hurt you. Using your body weight and pushing, smashing, or crushing them against a wall, table, the ground or a vehicle are all better than cowering on the ground hoping they suddenly decide to stop being violent. For more tips, check out our videos on unarmed self-defense.

5. THERE IS STRENGTH IN NUMBERS

Especially in regard to attempted spree killings in gun-free zones, this point cannot be over-stressed. Even if we are talking about a classroom full of middle schoolers, no individual attacker is going to be able to maintain their assault if they are dog-piled by several human beings. If the defensive strategy is no more sophisticated than each person grabbing a limb and holding the attacker down, this will effectively stop an attack. Add in some force to the head, attacking the bad guy’s airway, use of improvised or specific defensive tools and I’d put my money on any group of five people within arms’ reach of an armed attacker being able to stop him. Motivating others to take action, preparing those you spend time with, or even simply inspiring others to act in the moment by leading the response are all important to capitalizing on the group defense opportunity.

Improvised tools come in all shapes and sizes. Furniture, utensils, fire extinguishers, glassware, bottles, writing tools, janitorial supplies, blankets, and hot or caustic fluids can all be found in public spaces where you are sometimes prevented from carrying a firearm. As noted above, they can be used to increase the amount of damage you do to a threat. Thinking about these things ahead of time and taking a quick look around when you settle into a new area are how you prepare to use them. Of course, you can also practice defending yourself with these types of items, especially if you happen to frequent or work in the same gun-free zone all the time. In the latter case, you can also stage specific innocuous or common items within easy reach to be used in an emergency. 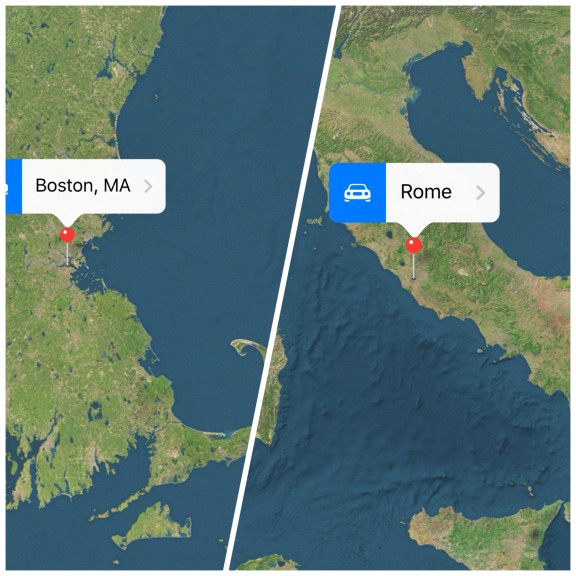 If you travel frequently, you are bound to go places where carrying a gun isn’t an option.

Keep these tips in mind when you are thinking about how you are going to restrict your life based on the ability to carry a gun. Ultimately, acts of violence are incredibly rare in our society, especially acts of mass violence that get sensationalized and stick in the public consciousness. It’s also a great idea to share these tips with others when the topic of gun-free zones comes up. Think about it: a gun-free zone is attractive to a would-be killer in the U.S. because they expect less resistance to their evil actions, right? If we, as a society, spent more time letting the bad guys know we are prepared to meet our responsibility for personal defense regardless of whether we happen to be carrying a gun or not, then the once “soft targets” start to look a lot harder. And that is how we discourage evil acts in the first place. Yes, “an armed society is a polite society.” But a society ready to fight in their own defense regardless of the circumstances can keep those not-so-polite types in check.