Believe it or not, it’s not easy to talk about the most important terms and concepts in the world of defensive shooting — because it’s a little difficult to judge what makes something important! There are, certainly, a lot of things we can talk about which are valuable or which are significant to defensive tactical shooting in some way. These are generally thought of as the things we do, or want to do, or need to have when preparing to defend ourselves with a firearm. They’re important to know.

You are reading the first installment of a series of blog posts! Read part 2 and part 3 here!

At the same time there are some ideas which are very prevalent in the field, but which aren’t really valuable or are routinely misunderstood. Some have outlived their usefulness, while others might not really be applicable to the context of self defense in the private sector. They’re important to know too, but for different reasons: so that you know what not to do or study, or because their lack of true utility helps you better understand what is actually valuable.

This series of articles, then, is going to look at both sides of the importance equation: those things which have positive importance (good to know and do), as well as those things with negative importance (good to know and avoid.) The terms will also be clustered, in the sense that each article will look at terms and concepts that are closely related. Don’t take any given entry’s position on the list as some gauge of its value — they go on the list where they make sense relative to the others in their proximity!

Let’s start with some of the very broad concepts that serve as the foundation of the study, training and practice of defensive shooting:

Context: I know I said that this list had no particular order, but this is the exception. I think that the idea of context is one of the most important in all of defensive shooting, and everything we look at from here on out depends to some degree on context. Context simply refers to environment in which something can be understood, or where it makes sense. In the shooting world, context means the environment from which a technique or approach originates or where it is most applicable. For instance, there are ideas and techniques which come from a military context but don’t really fit into a law enforcement context; there are things which come from a competition shooting context which don’t make sense in a private-sector self defense context. Understanding the context of any idea, technique or equipment choice is important because they may not make sense — or may even be counterproductive — in the context you’ll be using them. Some do, of course, and your understanding of these contexts helps you to determine whether or not it makes sense for you. Many of the disagreements you’ll see in the world of defensive training (and there are a lot of them) often boil down to a misunderstanding of or a refusal to acknowledge differences in context.

Instinctive: things that humans do automatically or unconsciously and without prior exposure or experience are termed instinctive; they are innate skills. This is a word that’s often misused in the defensive tactical shooting world because things are labeled instinctive that really aren’t. For instance, there is no such thing as “instinctive shooting”, because the use of the firearm is not an instinctive skill; no one is born with the innate knowledge of how to shoot a handgun or a rifle. These are skills that have to be learned, experienced, and practiced. At some point, after a certain amount of in-context practice, skills can become automatic or unconscious — in the sense that the person doesn’t need to devote cognitive (conscious) thought to perform them — but that still doesn’t make them instinctive. The instinctive things that humans actually do are in fact important to self defense, but beware of anything sold as developing “instinctive” skills. It’s usually a cover for poor instruction. 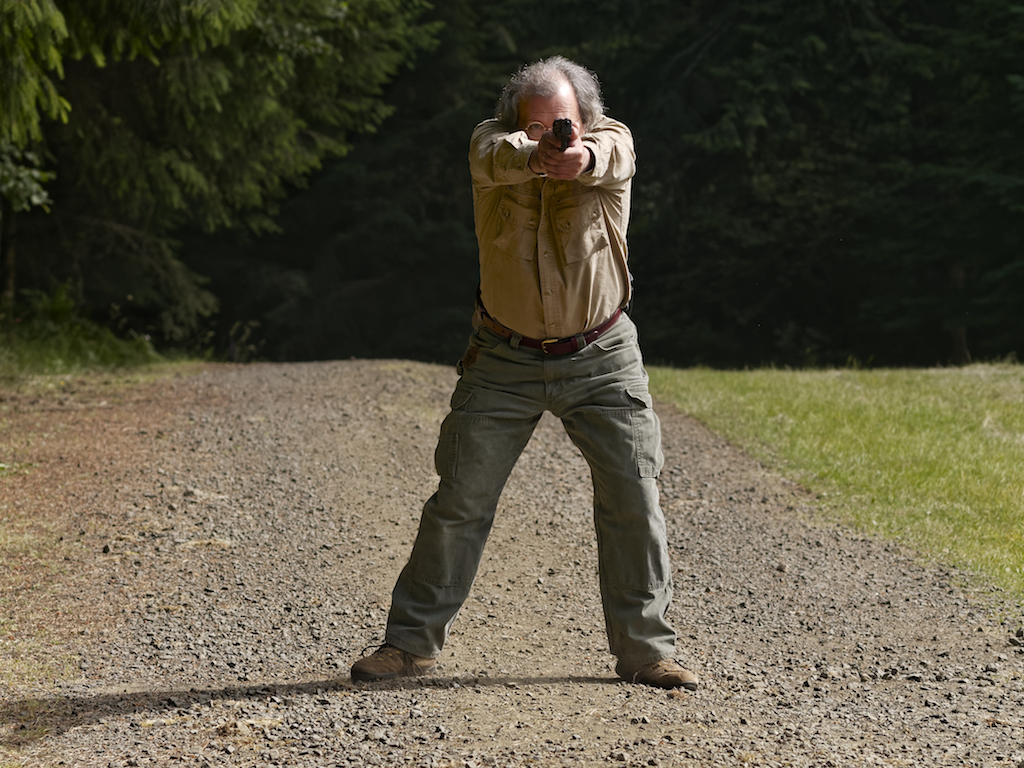 Intuitive: skills which we learn (as opposed to the instinctive skills, which are innate at birth.) Not everything we can learn, however, is intuitive. Intuitive skills are those which humans find easy to perform because they are congruent with how our bodies and minds work. There are a lot of skills we can learn to perform, and perform at a high level, which are not necessarily intuitive because they run counter to how we work. For instance, using a car horn in an emergency is an intuitive act: when we sense danger we tend to thrust our hands forward, and adapting that movement by simply opening the palm and directing that movement to the center of the steering wheel is an obviously intuitive skill. Now think of that same task but make the horn a rotary switch on the back of the seat: you have to reach back in an awkward position and turn the knob to activate the horn. You could certainly learn to do it, but it runs counter to a lot of things your body wants to do in an emergency. Intuitive skills are important because they’re widely held to be easier to learn, remember and recall than skills which are not intuitive. 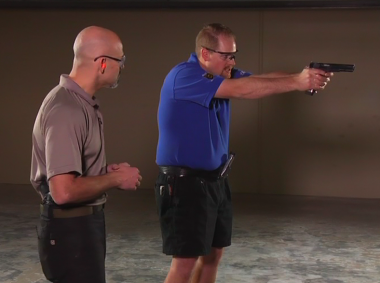 Training: training is the process of being exposed to, and learning how to develop competency in, a new skill or area of knowledge. Training requires someone — an instructor — who can relate what the skill is, why it’s important, how to perform it properly, and most importantly correct errors in your performance. Training is that activity by which you gain a working understanding of a skill without necessarily becoming fully competent. During training you’re getting to know the skill, learning possible variations, and getting the feedback or evaluation necessary to proper performance. Training, at its core, is all about new knowledge; even if its something you’re already familiar with, training can give you new insights or new approaches to your skill development. Training can also incorporate online or distance learning, as long as there is some method or mechanism by which you can evaluate your own learning (such as testing.) See also: practice.

Practice: practice is the process of developing and improving the skills learned in training; practice is where competency is achieved. It’s been said that training teaches how and what to practice, and that’s not a bad explanation; it’s only through practice that a skill is truly ingrained and becomes automated, in the sense that it doesn’t require conscious (cognitive) thought to perform. While the amount of practice required to develop a skill to that level is widely argued, what is not in contention is that practice is absolutely necessary to achieve any level of competency. Practice serves a second purpose, and that is to maintain a given level of competency over time. Physical skills tend to deteriorate if not used, and regular practice helps to maintain them. Don’t confuse practice and training; a lot of people will go to the shooting range and declare it as “training time”, but in most cases it’s really practice: maintaining their skills and/or increasing their competency. There is nothing wrong with the word ‘practice’, but for some reason people seem to believe that practice isn’t important or exciting. It most certainly is important, and you can make it exciting if you try! 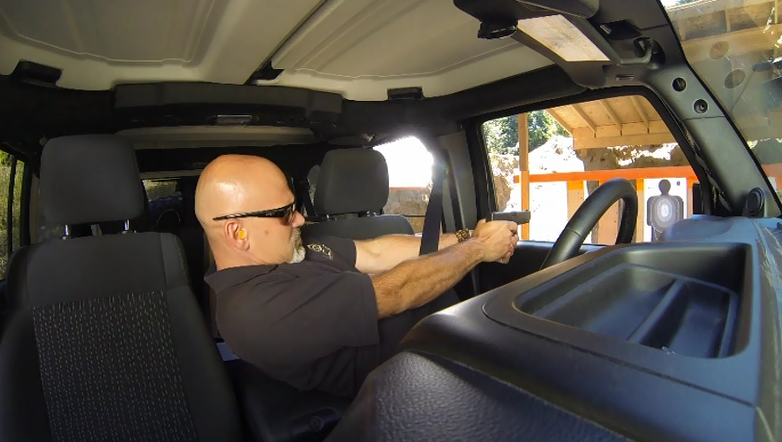 Plausibility: If I were to rank this list of ideas, plausibility would take second place only to context. Plausibility, in its broadest sense, refers to the level of believability of any concept, skill, or even equipment choice. The term plausible, used in a self defense context, refers to those things which could reasonably be expected to happen because a) there is historical precedent for them or b) because they could logically result from a combination of other reasonably expected circumstances. For instance, it’s hard to find cases in private sector self defense where the reloading of a handgun happens, and even harder to find cases where a reload had any effect on the outcome of an incident. However, we still learn to reload properly and efficiently because the combination of a low capacity gun (like the very popular compact autos and small revolvers) plus multiple assailants (which do happen with some frequency) could reasonably be expected to result in the need to reload. This is in sharp contrast to things which “could” happen, only because the laws of physics don’t prevent them. I like to use the example of an invasion by North Korean paratroopers: is it possible, in the broadest sense of the word? Yes. Is it at all plausible or believable? I don’t think so (Hollywood fantasies notwithstanding, of course.) Since your training resources — time, energy, money, and space — are all limited, it doesn’t make sense to develop or practice skills that are not plausible. The concept of plausibility should guide your choices in training and practice, and is how you should evaluate anything that you’re taught or sold. This includes the gear that you carry on a daily basis: what plausible threats are you preparing for?

Mindset: much has been written about this idea of mindset, yet very few people really understand the concept. At its core, a defensive mindset is a firm belief in the value of your own life (or the value of the lives of your loved ones) and a corresponding decision that you will do whatever is necessary, including lethal violence, to protect that life. Anything else is commentary. That’s really all there is to it: your life has value, both to you and to those around you, and therefore is worth saving from those who would significantly alter or end it. It really is a simple idea yet one which seems mystical to a lot of people in the defensive training world. Mindset isn’t something you can develop by listening to a half-hour lecture during a two-day shooting class; it is a decision you make before you even get there, and sometimes that decision can only be made by shifting perspective. I very often encounter people who say that they could never use violence to protect themselves, but they would do unspeakable things to protect their children. They’ve made the decision to protect their kids, but understanding that by protecting themselves they are in fact protecting their children at the same time is the perspective shift they need to develop their own defensive mindset.

I’ll be back soon with more of the 42 Most Important Ideas In Defensive Tactical Shooting!